Born and raised in Cambridge, Sean Tierney highlights his legal background—particularly in housing and tax policy—as a main strength of his candidacy.
By Ahab Chopra 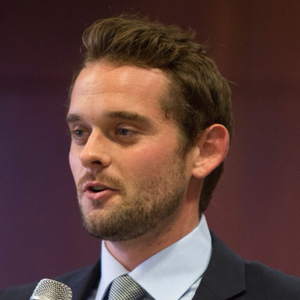 By Courtesy of Sean Tierney

Born and raised in Cambridge, Sean Tierney highlights his legal background—particularly in housing and tax policy—as a main strength of his candidacy. After college, Tierney began his career working at Harvard’s Institute of Politics before attending Suffolk Law School. He’s since worked as an affordable housing attorney at the Lawyers Committee for Civil Rights, taught constitutional law at a Roxbury High School, and helped to draft the Fair Share Amendment to the Mass. constitution, which will tax millionaires as a higher rate. As a City Council candidate, Tierney aims to use his legal skills to tackle Cambridge’s affordable housing crisis.

The Harvard Crimson: You’ve been doing legal work for a long time. Why did you choose now to run for office?

Sean Tierney: I work as an affordable housing attorney. Housing is such an issue here in Cambridge, and I really felt I had something to contribute to the city. I grew up here in Cambridge. I volunteer at a high school for the football team and I felt that I had so many different connections to different communities in the city but also this policy experience, so it seemed the right time to jump in and contribute.

THC: You’ve talked a little bit about housing. Would you say that’s the core of your campaign?

ST: The core of our campaign is about affordable housing and having professional experience and connections to the city. One of the slogans we toyed around with is “Respect the history, represent the future.” Cambridge has this rich history I want to represent but I’m also a young person and I want to figure out how we can have Cambridge develop into this great city moving forward and accommodate the new people who want to live here and those who graduate from Harvard and MIT and want to stay. Back in the 90s that wasn’t the case—they would go to California and New York. We need to provide opportunities for them and also keep those long-time families. It’s really about diversity in Cambridge.

THC: What makes you the best candidate out of the large number this year?

ST: I have a strong record for working on progressive issues. I worked for the Lawyers Committee for Civil Rights, taught constitutional law. I worked on tax policy and helped draft the Fair Share Amendment, which is going to tax millionaires as a higher rate. For housing, I have experience no one else has.