First elected to the City Council in 1989, Timothy J. Toomey, Jr. is running again this year as an incumbent.
By Alexandra A. Chaidez 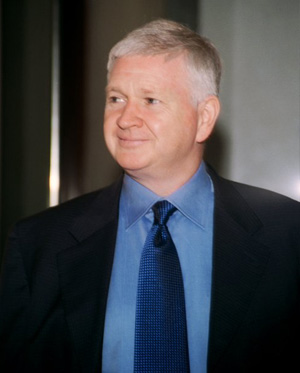 First elected to the City Council in 1989, Timothy J. Toomey, Jr. is running again this year as an incumbent. He has also worked on the Cambridge School Board Committee and represented Cambridge neighborhoods during his 12 terms as a State Representative. He is running on a platform of increasing affordable housing, preserving open spaces, fostering economic growth, promoting social justice, and improving constituent services.

Timothy J. Toomey, Jr.: One of the overriding issues in the city of Cambridge is how we maintain our diversity and affordability for all of our residents. Cambridge has certainly been a very attractive city for people to want to come to live and work, and we’re seeing the housing prices increase tremendously. We are trying to maintain that diversity...I grew up in a working class household here in East Cambridge close to the port and seeing what the housing prices are now; it’s very difficult for working class families to be able to afford those prices or remain in the city. I would hate to see that diversity or that socioeconomic mix be threatened. I don’t want to see the city become the city of the haves and have nots.

TJT: I served four years on the Cambridge School Committee, I’ve been on the Cambridge City Council since 1989, and I’ve served 24 years as State Representative for parts of Somerville and Cambridge. So clearly I had the experience serving on the state and local level to know how to get things done. I know where to go to find assistance for people. I maintain a district office. I’m the only candidate or even current Councillor that pays for a district office at 550 Cambridge Street so that people can come see me there and they don’t have to go to City Hall. Constituent service is very important to me. Other people get elected and see themselves above everyone else, but if you’re not there on the ground level working for families and the people, you lose focus.

TJT: We increase the number to 20 percent [affordable housing] of any development over 12 units. That was one of the things we just voted on Monday night for the vote for rezoning. That’s going to be 280 units of affordable housing for our residents and about 20 percent of that is going to be family units of three beds or more. I propose the transfer fee of property that’s sold. An additional fee which will go in the housing trust fund to enable the city to purchase more units and one of the big things that I have been working on forever is that in certain parts of the city including where you’re going to school don’t really provide many units of affordable housing in the city.

TJT: Do a lot of praying. But, seriously, Cambridge is certainly affected by his things around Deferred Action for Childhood Arrivals and cutbacks. We have spoken out unanimously against what some of his policies have been and what he is trying to do. I think we have been at the forefront of that since he got elected and we will continue to do that and speak out against those issues. Ten years ago, I did an op-ed about in-state tuition as a state representative in Massachusetts allowing undocumented students to attend state universities and pay the same tuition as a state resident. Unfortunately, that was vetoed by the Governor back then. We are a sanctuary city. I think Cambridge has really been on the forefront of those issues. We do a lot of resolutions when he proposes new policies.

THC: Do you think they have done too much to respond to Trump and should focus more on local issues?

TJT: It is always a balance. I’m always in my district office so I’m in the neighborhoods. There are a lot of national issues that we have to pay close attention to. Some people, when they get elected to City Council think they are going to Washington and when someone calls when the streetlight is out or when there is a pothole, they get insulted over that minor issue but you know, local government is very important. We are the closest ones to the people. There are only 100 U.S. Senators. How close are they to the people? There are 435 Congressman. It is important for local officials to be out there listening and responding.

TJT: Everyone wants safe access for the bicycles, pedestrians and motorists. Cambridge was built a couple hundred years ago so it is difficult to accommodate all three in all streets in the city without taking away parking.

THC: Do you think the City Council should approve a motion from the Cambridge Historical Commission to preserve the Harvard Square kiosk?

TJT: We have in place different zoning for where the sale of the recreational marijuana can be located. I still have concerns about how people are going to be tested under the influence. I am hearing from a lot of people already. It is uncharted territory that is going to evolve as it becomes legal in July of next year.