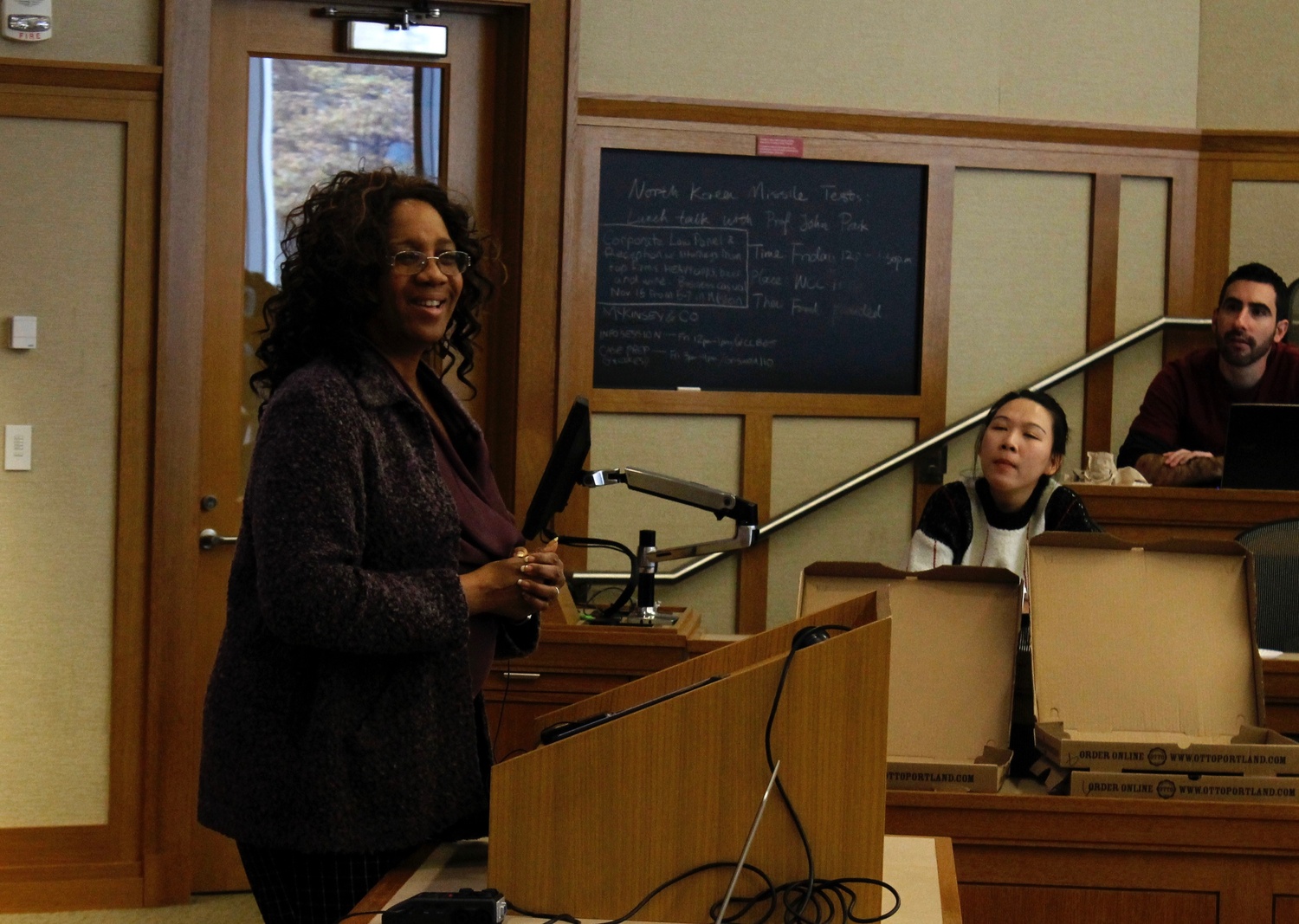 Long, who serves as executive vice president of the union, spoke for roughly half an hour Tuesday afternoon at a forum titled “Justice in the Service Economy” and hosted by the Harvard Law Forum. She discussed the work her union does, as well as current challenges confronting the labor movement in the United States.

She opened her talk by detailing how her union represents workers across a wide range of industries: She said the group works with government employees, health workers, and property service workers like janitors.

But Long spent most of the afternoon advocating for racial justice.

“The premise at SEIU is that you really can’t get economic justice if you don’t have racial justice,” she said. “It seems to me that we always go around race in this country, and how can you ever really understand how to get justice for folks if you don’t confront race?”

She went on to assert that the right to vote—which she termed the most essential right to achieve racial justice—has recently come under threat from the federal government.

“We have to have a long-term view about enfranchisement [for] our members, mostly black and brown,” she said. “There are so many laws on the books, and those laws are significantly being challenged in the Supreme Court around the very right for folks to cast their vote.”

Long said she was hopeful that the union and its allies could turn what she called the current “tide” of American politics.

She also devoted much of her speech to what she called the progressive movement as a whole in the United States. She said that movement has suffered over the past several decades due to internal divisions and she called for greater unity going forward.

“We have been siloed in our progressive movement. We have the immigrant movement, the criminal justice movement, the labor movement. It hasn’t worked...We need to join forces with folks who have like interests and common cause,” Long said.

Roughly 25 Harvard affiliates attended the event. One attendee, Cara J. Kupferman ’20, said she agreed with Long’s emphasis on racial justice as a way to achieve broader economic justice for workers in the United States.

“Especially given the current political moment, there is a more pressing interest in looking at issues of labor justice through lenses of racial justice and combining different movements to work for collective liberation,” Kupferman said.