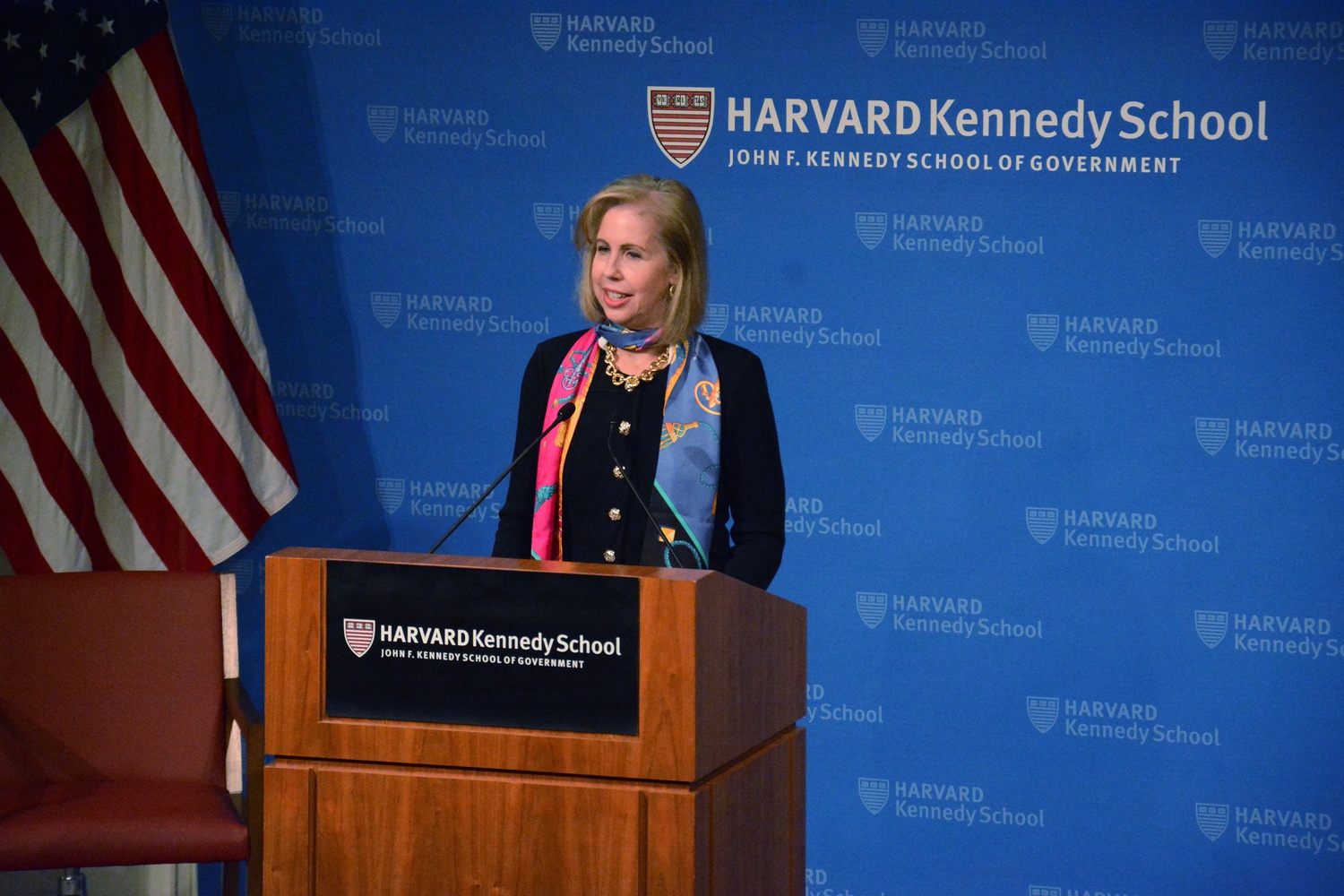 Journalist Nancy Gibbs speaks on “The Divided States of America” on Wednesday at the IOP. By Amanda M. DiMartini
By Lucas Ward, Crimson Staff Writer

Former Time Magazine Managing Editor Nancy R. Gibbs warned that social media and foreign influence forever changed US politics in the aftermath of the 2016 presidential election in a discussion at the Institute of Politics on Wednesday night.

“Make no mistake,” Gibbs said. “The foundations of democracy are cracked by what happened and what continues to happen on our social platforms, and with the way the technologies have been weaponized against us.”

Gibbs, who has written more than 100 cover stories for Time including the 9/11 special edition, also claimed that journalism may be biased towards an overly critical angle, which may lead to apathy and cynicism in politics if readers never hear about positive actions.

“I think journalists are attracted to this profession because we believe in its accountability,” she said, “but I think that attitude may foster a bias against the positive.”

Gibbs encouraged journalists to reorient their focus to the positive elements of democracy, even as reporters continue to produce hard-hitting journalism. She also criticized a lack of willingness to engage deeply in difficult issues on university campuses.

“If we don’t show how democracy can work, and we don’t model what civil discourse looks like, then it’s hardly surprising that people’s faith in both starts to diminish,” Gibbs said. “Even at a great university like this, how regularly do you get to encounter people of high intellect and goodwill who will ardently disagree about an issue without the debate descending into a challenge of motives, or privilege?”

Discussing Trump's use of the media, Gibbs concluded that he made a key insight on the role of ratings over polls in the modern "attention economy."

“This is what he said: ‘It’s ratings - I go on one of these shows and the ratings double, they triple. That gives you power. It’s not the polls, it’s the ratings.’ This was the insight. In an attention economy, ratings are power,” Gibbs said, “Conflict commands attention, attention equals influence.”

She encouraged students in the audience to get involved in politics and mending what she viewed as damaged civil discourse.

“You’ll be the ones who to restore to American politics that spirit... as our binding secular faith and our noblest art.”