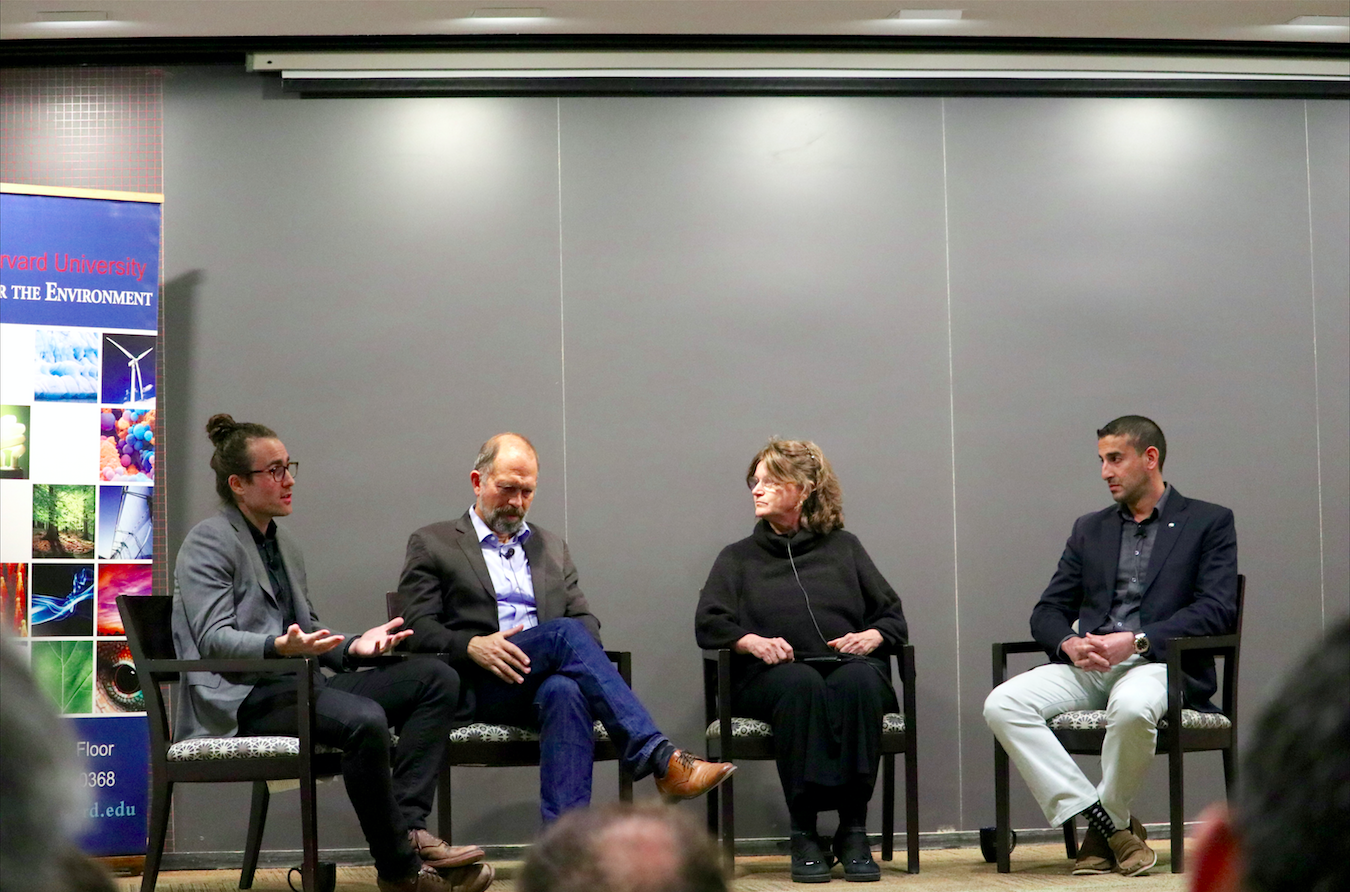 Climate change researchers, professors, and journalists debated how best to present the severity of climate change to the public Wednesday evening at an event hosted by the Harvard University Center for the Environment.

The discussion, titled “Hope and Despair: Communicating an Uncertain Future,” was held in the Geological Lecture Hall. Elizabeth M. Wolkovich, an assistant professor in the Department of Organismic and Evolutionary Biology, moderated a discussion about how to best motivate the public to take action on climate change.

David Wallace-Wells, who is the deputy editor of the New York Magazine and wrote the article "The Uninhabitable Earth” this year, advocated the use of fear about the planet’s future as a way to inspire more people to become “climate agents.”

“I think that there is real value in scaring people,” Wallace-Wells said. “When I talk to colleagues it just seems so obvious to me that when you think about the relatively well-off Western world, that complacency about climate is just a much bigger problem than fatalism about climate.”

Nancy Knowlton, chair for Marine Science at the Smithsonian Institution, said she thinks it is more effective to be optimistic about humanity’s ability to stave off disaster.

“I’ve had many, many students come up to me after talks about optimism or the Earth Optimism Summit that we ran in Washington saying ‘you know, this was incredibly empowering, I now really want to go out and work on solving this problem. I almost left the field of conservation because I thought there was nothing I could do,’” Knowlton said. “I do feel that it is absolutely essential to talk about what’s working, why it’s working, in addition to providing this very scary context.”

Henry G. Scott ’18, who attended the event and is writing a thesis on how humans have historically impacted the environment, said that he enjoyed the panel but was bothered by how few undergraduates attended the event.

“When I first sat down, I was kind of looking around and noticing how few undergrads were present, which kind of built into my preconceived idea that this isn’t something that we’re aware of or we’re concerned enough about as a student body,” he said.

Wolkovitch remained optimistic about Harvard’s potential to make an impact. “There’s lots we can do, and Harvard is such an amazingly large voice in the world still to this day that it has a lot of opportunities,” she said.