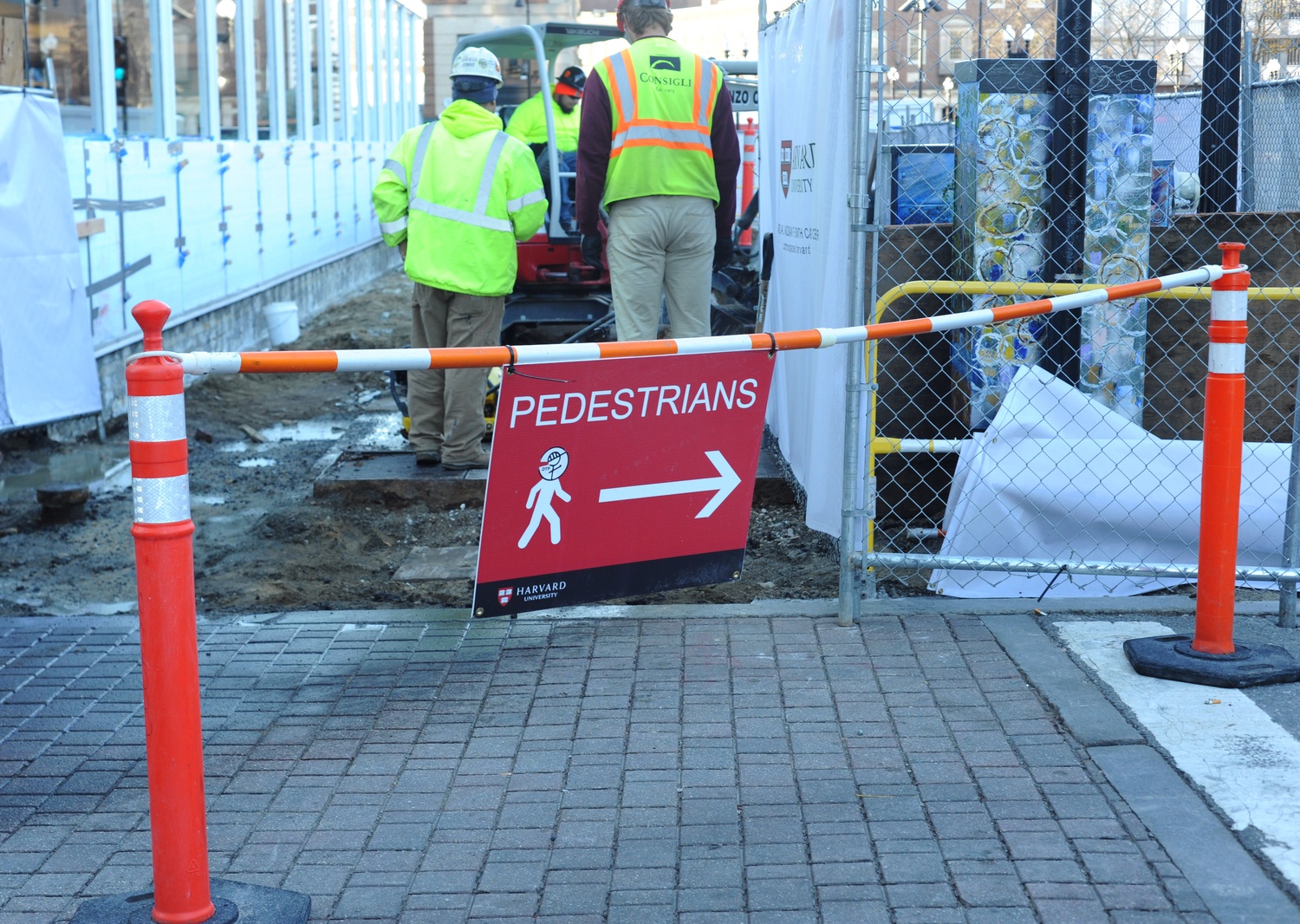 The city of Cambridge has teamed up with Harvard to keep several key walkways in the Square open as several construction close down traditional thoroughfares.

Harvard and Cambridge have sought to keep the area around the Smith Campus Center walkable during the renovation of the building, fencing off makeshift sidewalks on Mt. Auburn St. and Mass. Ave., according to University spokesperson Brigid O’Rourke.

“Taking into account traffic patterns and construction logistics, the University and the appropriate city departments together determine the safest crosswalk locations and pedestrian right-of-ways,” University spokesperson Brigid O’Rourke wrote in an email.

Cara B. Seiderman ’81, transportation program manager for Cambridge’s Community Development Department, said the city has been committed to pedestrian safety for a long time. Cambridge was named the most walkable city in the nation by Governing Magazine in 2013.

Seiderman also serves as city staff lead for the Cambridge Pedestrian Committee, which includes both community members appointed by the city manager and city staff. The committee reviews all projects related to pedestrian safety.

According to Seiderman, the committee looks to improve access and safety by identifying traffic signals that need to be changed and streets that could benefit from additional crosswalks.

Seiderman also added that construction is sometimes necessary in order to make streets safer and more accessible. According to Seiderman, the public parks department works alongside construction workers to ensure that streets are pedestrian-friendly.

Lindsay T. McAuliffe ’20 said that certain areas of construction have impeded pedestrian access from DeWolfe and Plympton Streets to Mt. Auburn Street: “Those two crosswalks are the most problematic ones,” she said.

Seiderman agreed that the city should strive for improvement with policies like “Vision Zero” that focus on preventing traffic deaths.

“The city adopted a Vision Zero strategy,” Seiderman said. “We would like to see zero fatalities and severe injuries for all modes of traffic. Luckily, the city is relatively safe when you look at other cities, but we really want to make it the safest that we possibly can.”