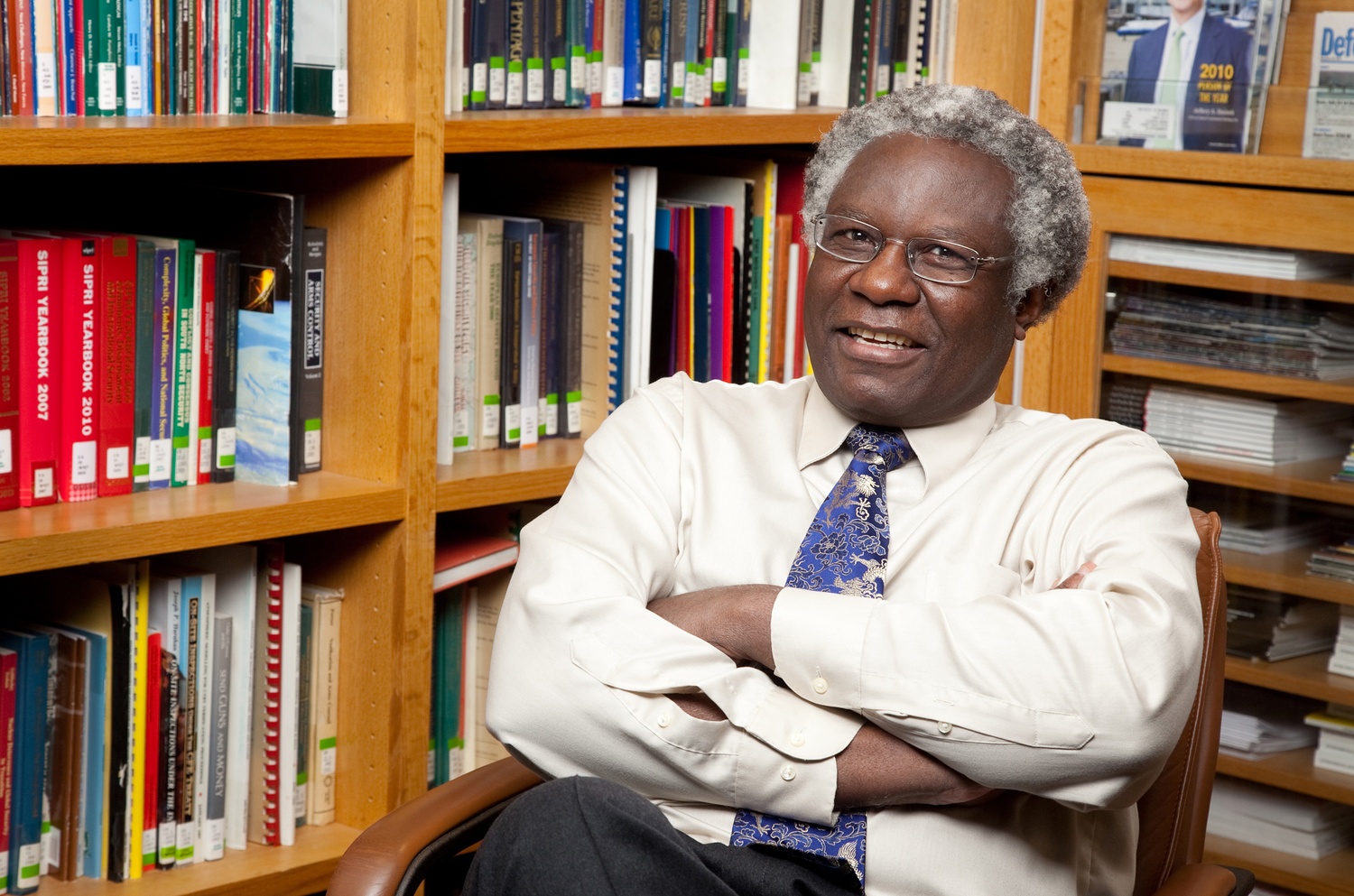 Calestous Juma, a Kenyan-born Harvard scholar who studied technology and innovation in Africa, has died at 64. By Courtesy of the Harvard Kennedy School
By Sofia W. Tong, Crimson Staff Writer

Calestous Juma, a Kenyan-born Harvard Kennedy School professor remembered for his contributions to the study of technology and innovation in Africa and for his “boisterous laugh,” died Friday due to prolonged health issues. He was 64.

“I learned of the death of Professor Calestous Juma with profound dismay," Kenyatta tweeted Dec. 15. "We have lost one of our most distinguished scholars and patriots."

“We have lost a brilliant mind who was dedicated to innovation, education, and Africa’s prosperity,” Kagame tweeted the same day.

Juma was born on June 19, 1953, in Kenya. He demonstrated an early dedication to academics, attending what was then called Port Victoria Secondary School as one of its first students and later working as an elementary school teacher. He eventually earned degrees in science and technology policy, among other subjects, from the University of Sussex.

Archon Fung, the academic dean of the Kennedy School, said Juma was instrumental in harnessing the “enormous creativity and innovation and hope” present in various academic, political, and scientific communities throughout Africa.

“When we think of Africa and development, it’s very tempting to think of Africa as a basket case, and way behind many other parts of the world,” Fung said. “Reading Calestous and talking to Calestous, that’s not how he viewed it. Africa has different challenges to development but all of the resources and energy and community and spirit is there—and much of his professional life work was about building and amplifying that capacity."

Juma received international recognition for his scholarly work, winning the 2017 Breakthrough Paradigm Award and the 2014 Lifetime Africa Achievement Prize. He also earned induction into the United States National Academy of Sciences, the Royal Society of London, the World Academy of Arts and Sciences, and the African Academy of Sciences, among other honors.

Juma was also known for his international advising expertise, serving as the first executive secretary of the United Nations Convention on Biological Diversity. He additionally worked as a consultant on public policy in Kenya and Finland and served as special advisor to the African Union, the United Nations, and the World Bank.

“He was never satisfied with what he had done,” Elmendorf said. “He was always looking for new ways to make the world better and that is a very powerful example for all of the faculty and students and staff at the Kennedy School.”

Juma continued to work while battling health difficulties in recent years, even publishing a 2016 book exploring the tensions between technological innovation and social policy.

“He’d be in the hospital and working on papers or revising the next edition of his book on African agricultural innovation,” Fung said. “I’d be stunned by how—even facing and dealing with these health challenges—how much energy and devotion he had.”

Beyond Juma’s professional achievements, many also commented on his extraordinary tenacity and warmth of spirit.

“If you’ve ever walked through our hallways and heard a boisterous laugh, that was Calestous,” Ash Carter, director of the Belfer Center, wrote in a public statement Friday.

Fung said that Juma “embodied the best spirit of the Kennedy School.”

“I think people don’t realize, even colleagues at the Kennedy School, how important and influential Calestous was in Africa,” Fung said. “Both among scholars and many people who were students, heads of state, ministers of science and technology and development, all looked to Calestous as an incredibly potent leading light. I think that’s really important for people to know, and I’m so glad he made his home at the Kennedy School to do that.”