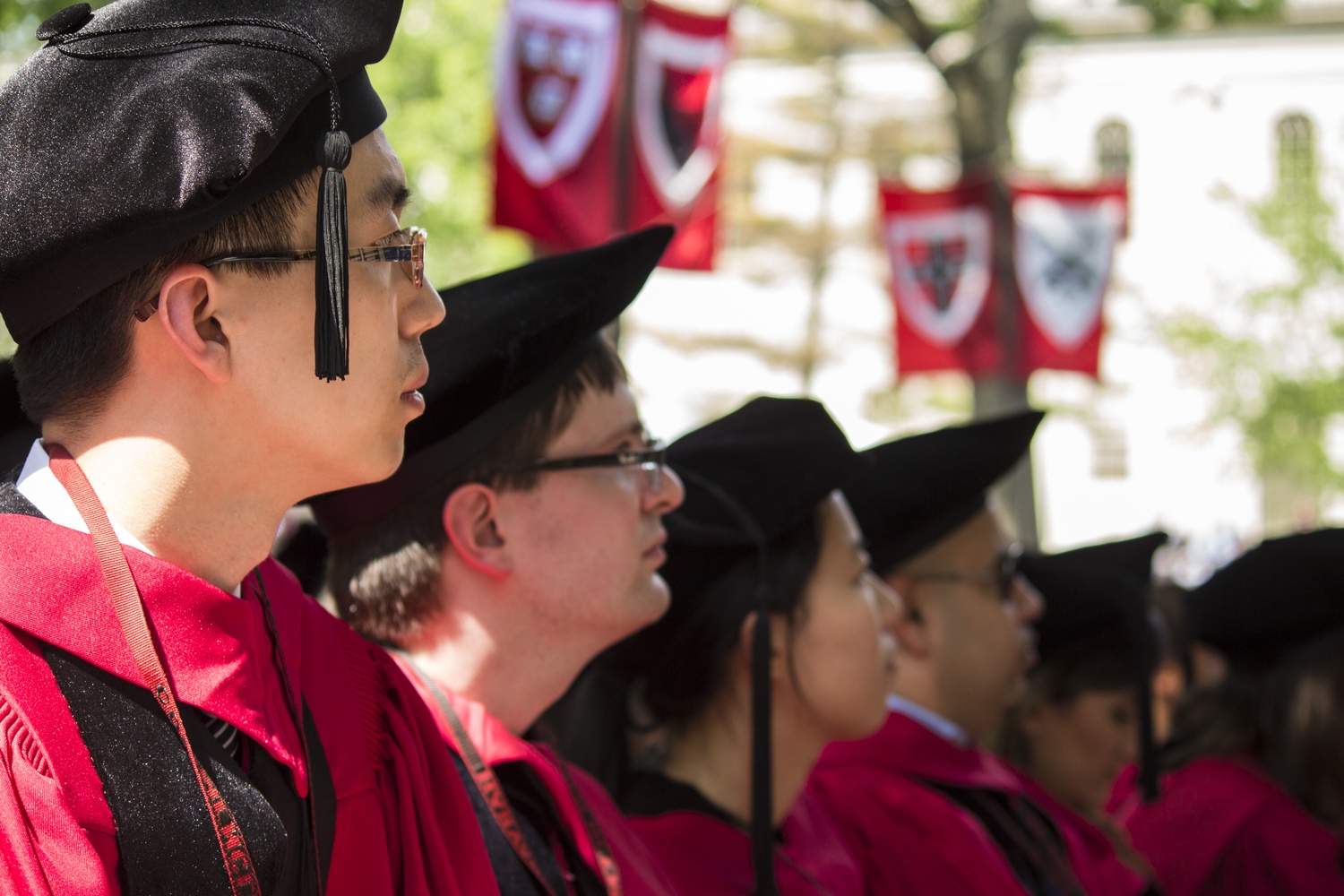 Students in the Graduate School of Arts and Sciences at Commencement in 2016. By Helen Y. Wu
By Caroline S. Engelmayer and William L. Wang, Crimson Staff Writers

Harvard graduate students said they were relieved and excited after a provision that could have drastically increased their federal tax burdens did not make it into the final version of Congress’s tax plan for next year.

Though the tuition reduction tax formed part of the bill passed by the U.S. House of Representatives earlier this month, it did not appear in the Senate’s later version of the tax bill. And lawmakers decided not to include it in the final tax plan, which they approved Wednesday.

Multiple graduate students said they were glad the tuition reduction tax does not appear in the final plan.

“It was a very exciting news as my girlfriend and I would have been seriously affected by the new tax,” Jae Hyeon Lee, a physics graduate student, wrote in an email. “The new tax would have reduced severely our disposable income and left us feeling financially distressed.”

Other students said they were angry at the lawmakers who proposed the additional taxes for graduate students.

“I want to know what person thought of this so that I can donate my paltry stipend to getting them out of office,” graduate student John Froberg, who studies molecular biology, said.

The decision not to include the tuition aid tax in the final law comes after weeks of opposition from university administrators around the country. In November, University Provost Alan M. Garber ’76 criticized the tax plan in an email to Harvard affiliates.

“The resulting tax burden would be grossly disproportionate to the stipends received by most students,” he wrote.

Graduate student groups, too, vehemently opposed the bill, organizing rallies and phone banks to ask legislators to vote against it.

Dakota “Cody” McCoy, a graduate student in the Organismic and Evolutionary Biology department and founder of the activist group GSAS Action Coalition, said the provision would have been “disastrous” for graduate students’ education.

“We hosted a big call-a-thon with the proposed graduate union, where we all just got together and just made calls, ate pizza, and told our representatives ‘look, this would be disastrous for our education,’” McCoy said.

Despite their relief, some students said they have mixed feelings about the bill’s passage. They said they worry about other provisions included in the legislation.

“One the one hand, it’s good because that means that graduate students don’t face a literally crippling tax increase, but on the other hand I think the rest of the bill is absolutely horrific for the country,” Froberg said.

The new tax plan, in particular, will levy a tax on Harvard’s endowment. Several students said they were concerned changes to the endowment might detrimentally impact graduate students more broadly.

Bloesch noted the University is “rightly very concerned” about the endowment provision.