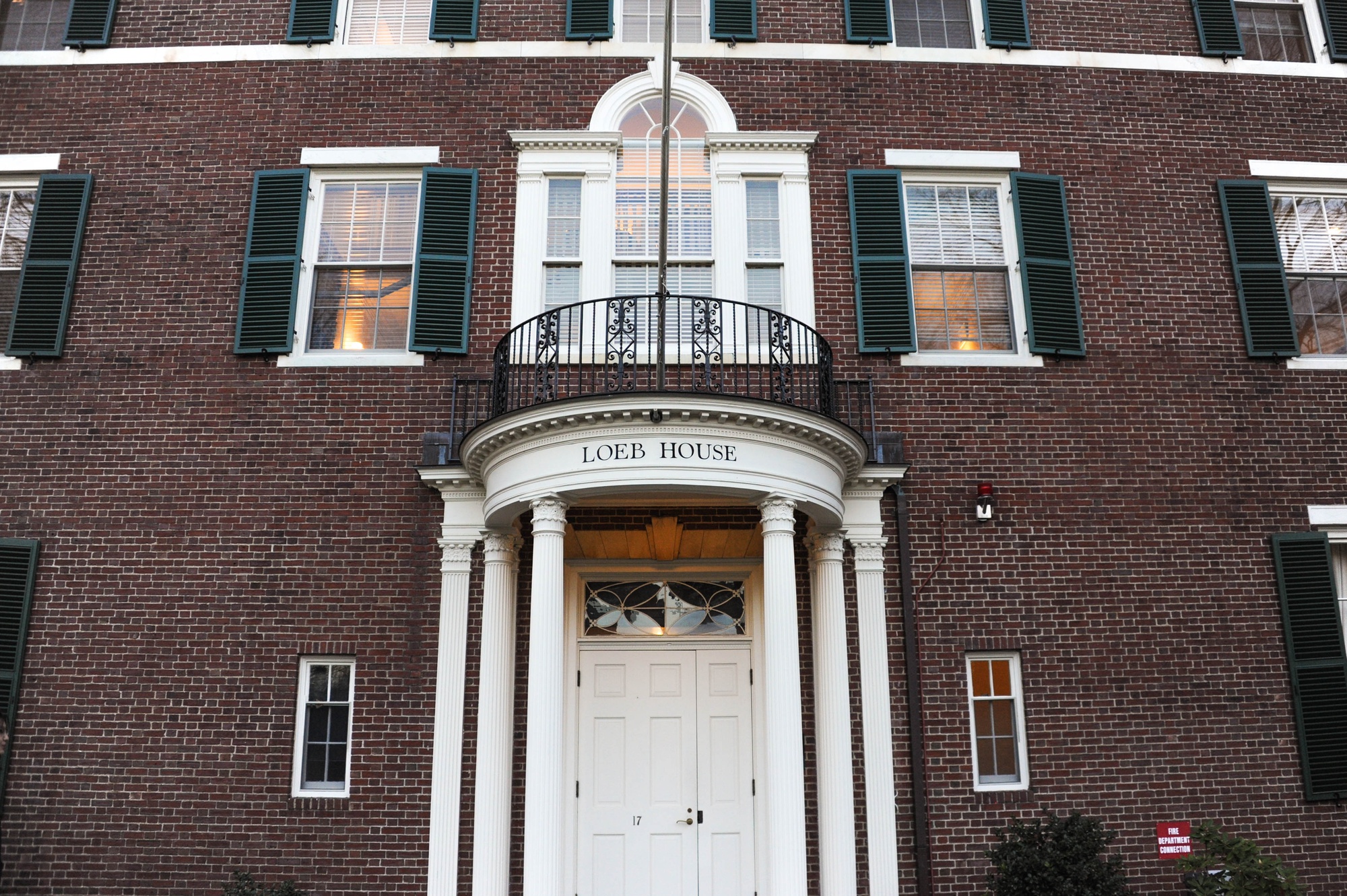 The Harvard Corporation and the Board of Overseers often meet in Loeb House, pictured here in 2017.
By Caroline S. Engelmayer, Crimson Staff Writer

Ever since University President Drew G. Faust’s June announcement that she will step down after a decade-long stint as Harvard’s leader, a presidential search committee has been on the hunt for her successor.

All twelve members of the Harvard Corporation—Harvard’s highest governing body—and three members of the Board of Overseers sit on the committee, formed two weeks after Faust said she planned to leave her post.

The committee has met several times behind closed doors and has narrowed the pool of potential internal and external candidates to under 20. Committee members have repeatedly declined to comment on the body's famously secretive search process, but if the timeline for this year’s search lines up with past searches, the committee will likely announce the next president sometime in the first few months of 2018.

At this stage in the search, likely candidates within the University include Harvard Business School Dean Nitin Nohria, Government professor Danielle S. Allen, Dean of the Faculty of Arts and Sciences Michael D. Smith, and University Provost Alan M. Garber ’76, according to several prominent donors and professors.

Students, faculty, staff, and alumni have been eager to offer input on the search. The University created faculty and staff advisory committees to the search committee in August, and weeks later, the University also formed a student advisory committee comprising at least one representative from each of Harvard’s 12 degree-granting schools. Members of the advisory committees and search committee have since met with students, faculty, and alumni in person to discuss the qualities they would like to see in Harvard’s 29th president. Still, some criticized the opacity of the process at an event at the Faculty Club in December.

During the information-gathering mode of the search—which lasted until December—the search committee received more than 700 unique nominations for candidates. Several alumni groups submitted letters to the search committee, urging it to prioritize candidates from traditionally underrepresented backgrounds. All of Harvard’s presidents have been white and, until Faust, male.

Harvard’s next president will have to take action on a slate of key issues when he or she takes office. Since Trump took office, Harvard’s president has increasingly taken on the role of lobbyist-in-chief. Harvard is also currently expanding into Allston, and the School of Engineering and Applied Sciences will constitute a central part of the next president’s tenure. The next president will need to spearhead fundraising initiatives at a time when Harvard is facing financial constraints from subpar endowment returns, threats to federal funding, and now, an “unprecedented” endowment tax. Moreover, Faust’s successor will take office as a controversial College social group policy takes effect—and he or she likely won’t be able to do much about it.

Faust has said she will largely stay out of the process of choosing her successor. She’ll trade Cambridge for Cape Cod on July 1—and a yet-unnamed person will move into the corner office of Massachusetts Hall to take the reins of the country’s oldest university.