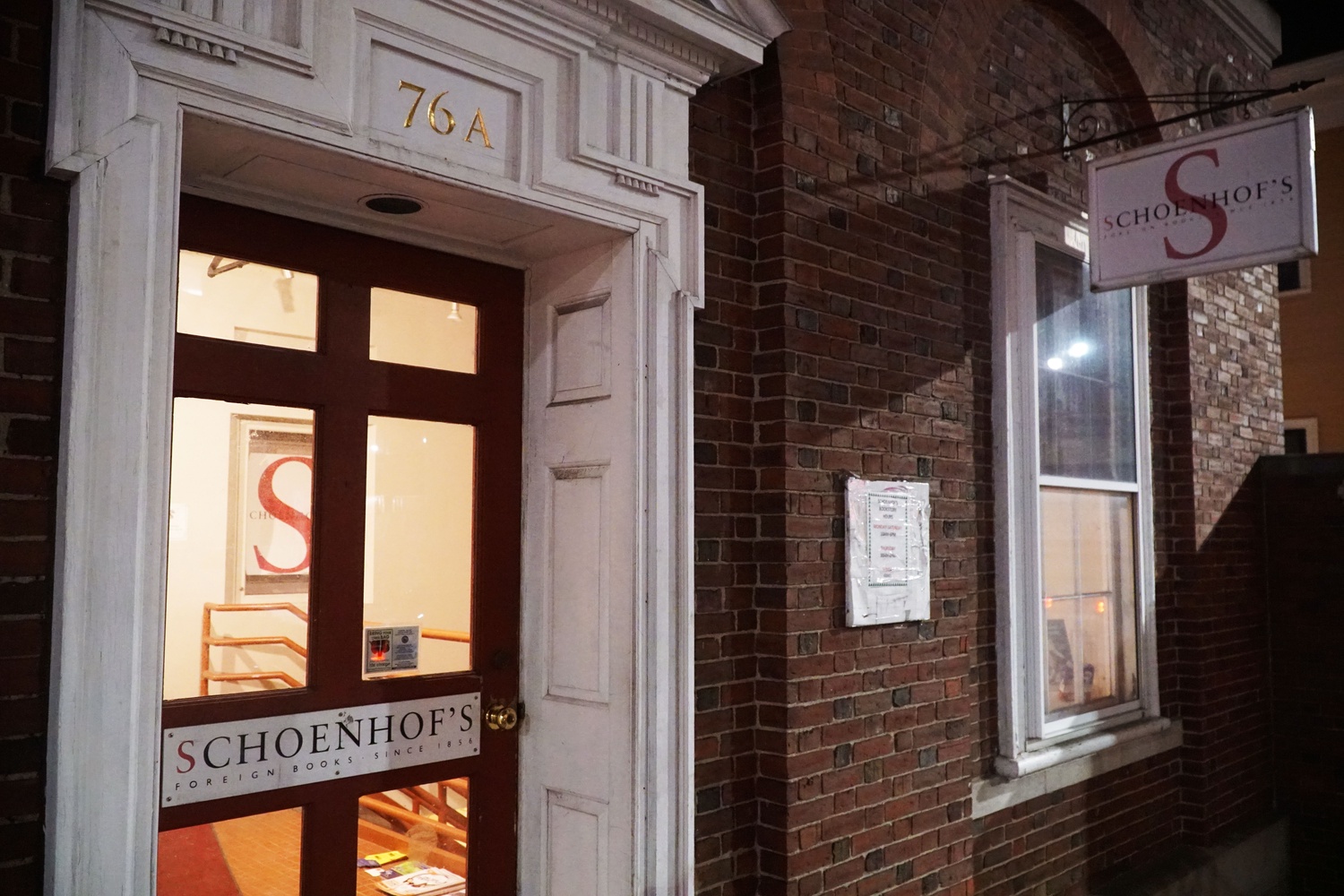 After 161 years of business, Schoenhof’s Foreign Books plans to permanently shutter its doors on March 25.

Schoenhof’s, the self-described “oldest and largest foreign language-only bookstore in the United States,” was originally founded in Boston in 1856. The store moved to Cambridge in the early 1900s and has been at its Mount Auburn St. location in Harvard Square since 1983.

In a press release announcing the closure, Daniel Eastman, Schoenhof’s general director, wrote that high rents in the Square and competition from online booksellers prompted the store to close.

“In recent years a number of independent businesses have been driven out of the Square by the high rents, and Schoenhof’s finds itself joining their ranks,” Eastman wrote.

Eastman said that while the closing is not ideal, he understands that Schoenhof’s had to shutter its brick and mortar location.

“Our landlord has been quite helpful with us, quite helpful and supportive, but there is only so much that they can possibly do,” Eastman said. “There comes a point when what they’re ready to concede and what we’re able to give can’t meet.”

For several decades, Schoenhof’s has rented its location from the Spee Club.

Denise A. Jillson, executive director of the Harvard Square Business Association, said that consumers should prioritize buying from local businesses like Schoenhof's to prevent their closure.

“You can’t expect that bookstores or newspaper stores or retailers of any kind will survive if people continue to buy online. That’s just the reality,” Jillson said.

David A. Gevarter ’19 said he was disappointed to hear the news. As a Romance Languages and Literature concentrator who speaks English, Hebrew, Spanish, French, and German, Schoenhof’s was his go-to bookstore.

“I’m a big language nerd, so I am very excited to be able to go into a store where they have a couple hundred languages available,” Gevarter said.

“I think the staff for sure was one of the best parts in addition to having such an amazing collection of books,” he said. “The staff there is incredibly knowledgable and very helpful. Even if you don’t know what you’re looking for, or if you’re just browsing, they are very helpful helping you find something that you’d be interested in.”

In the press release, Eastman said Schoenhof’s will maintain its online store as a way to continue to fulfill its mission.

“The mission of Schoenhof’s has always been to provide access to the larger world through language learning materials and literature in the original,” wrote Eastman in the press release. “Given the present political and social climate, that mission becomes ever more meaningful.”

Eastman said the website will offer a wide variety of foreign books at a low cost.

“We’d like to be able to take advantage, in a way, of having, say, the reduced expenses of our retail location, and invest that into having an amazing website that offers a complete experience, a complete customer experience as close to actually being in a bookstore without being able to be there, as well as offering the lowest possible pricing,” Eastman said.

Schoenhof’s has been a longtime member of the Harvard Square Business Association and is active in community events, particularly the Bookish Ball and Shakespeare’s Birthday Celebration, according to Jillson.

“It has been so lovely because we clearly get visitors from across the globe, and for us to be able to send them to Schoenhof’s to get a book in Portuguese or a book in French or a book in Spanish is just a delight, and something that is very unique and really will be a loss for Harvard Square,” Jillson said.

Jillson emphasized the importance of going out and buying from local retailers.

“It’s how much they care, and if they care, they will think twice before they go to Amazon to buy something,” Jillson said. “If they don’t walk out of their dorm room or out of their home and into the Square and into a store to support that store—and I don’t care whether it’s a local, regional, national, or international—if you don’t do that, the vibrancy of the Square or of any business district is jeopardized.”

Though Eastman said he is sad to see Schoenhof’s brick and mortar location go, he said he has high hopes for its online future.

“We really appreciate the support that we received from the students at Harvard over the last, my God, over 90 years that we’ve been in Cambridge. And we just hope that they’ll continue to visit us online,” Eastman said.