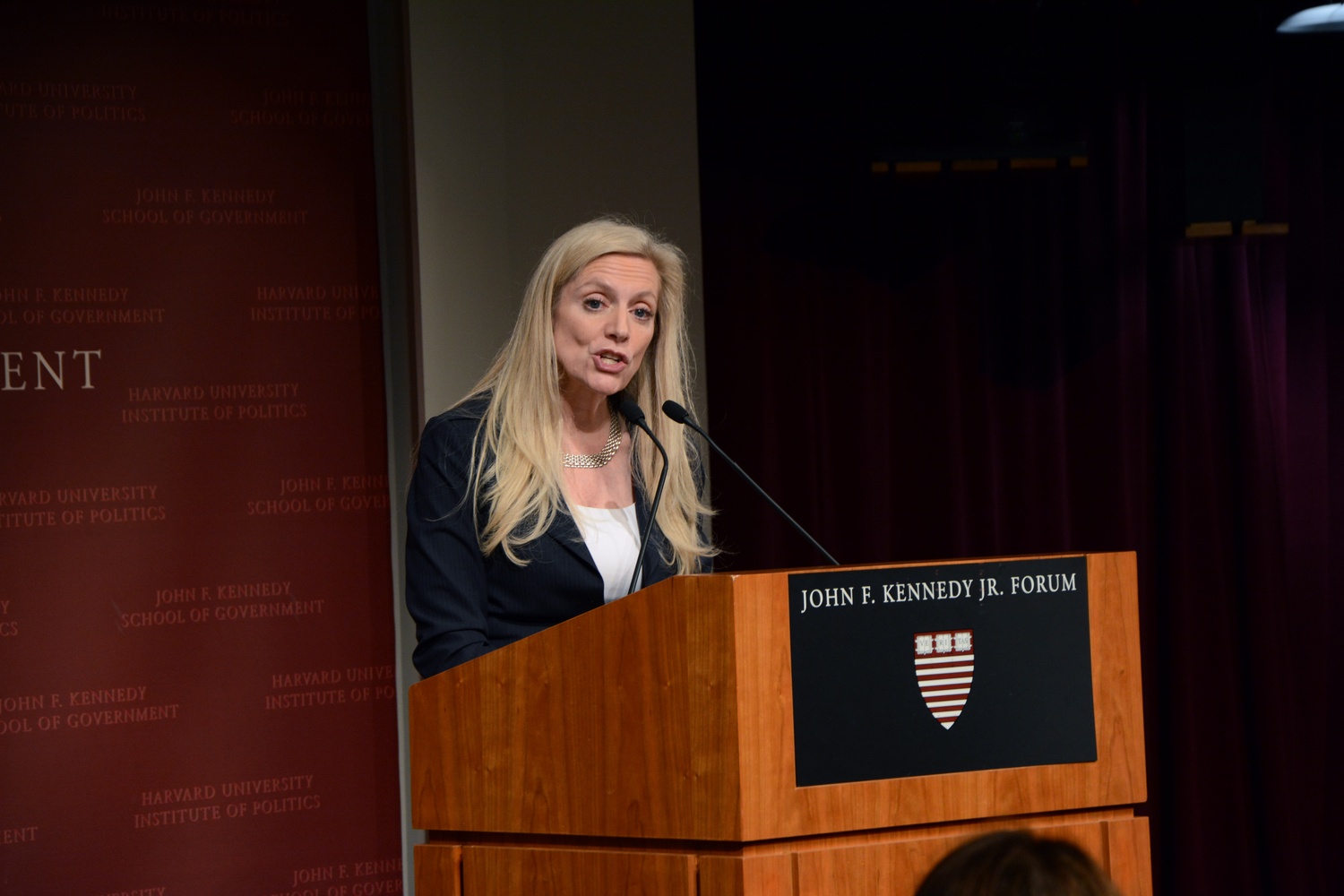 Lael Brainard, a member of the Board of Governors of the Federal Reserve, speaks about monetary policy Wednesday evening at the John F. Kennedy Forum. By Nicholas M. Sertl
By Lucas Ward, Crimson Staff Writer

Federal Reserve Governor Lael Brainard spoke at the John F. Kennedy Jr. Forum on Tuesday evening, offering a detailed look at the economy’s transition from recovery to growth and the ways the Fed is responding to the shift.

Brainard, who received her Ph.D. in Economics from Harvard, served as Undersecretary of the Treasury for International Affairs under the Obama administration. In this position, Brainard was the highest-ranking female Treasury Department official in United States history until 2014.

Delivering the Malcolm Wiener Lecture in International Political Economy, Brainard said many national economies are presently on an upswing: the U.S. economy is reaching full employment, Europe’s economy is steadily improving despite the United Kingdom’s prospective withdrawal from the European Union, and China and Japan have had shown stable economic growth, she said.

“The economy appears to be in a transition, we are closing in on full employment, inflation is moving gradually toward our target,” Brainard said.

She also discussed the effects of the U.S. federal funds rate on the money supply—the total amount of money in circulation or in existence in a country—and the possibility that the 2008 financial crisis has altered the financial system’s tolerance for taking economic risks.

“The structural demand for reserves may be considerably larger now than prior to the financial crisis because of changes such as new regulations that favor safe liquid assets, and changes in financial institutions and attitudes towards risk,” Brainard said. “The supply of reserves will need to be set far enough above the structural level of demand to accommodate unexpected shocks.”

Joking that her lecture might go over the heads of some undergraduates in the audience, Brainard responded to a question from a student interested in economics: “I hope my remarks did not deter you from pursuing economics. It’s much more interesting than monetary policy speeches.”

Although Brainard focused on monetary policy in her speech, she fielded questions about financial markets as well. In a question, one student brought up the fact that the Dow Jones Industrial Average had hit 21,000 points for the first time in history earlier that day. “It’s impossible to predict how financial markets are going to move over time," Brainard responded.