Athlete of the Week: Farris High-Point Swimmer at Ivy Championships 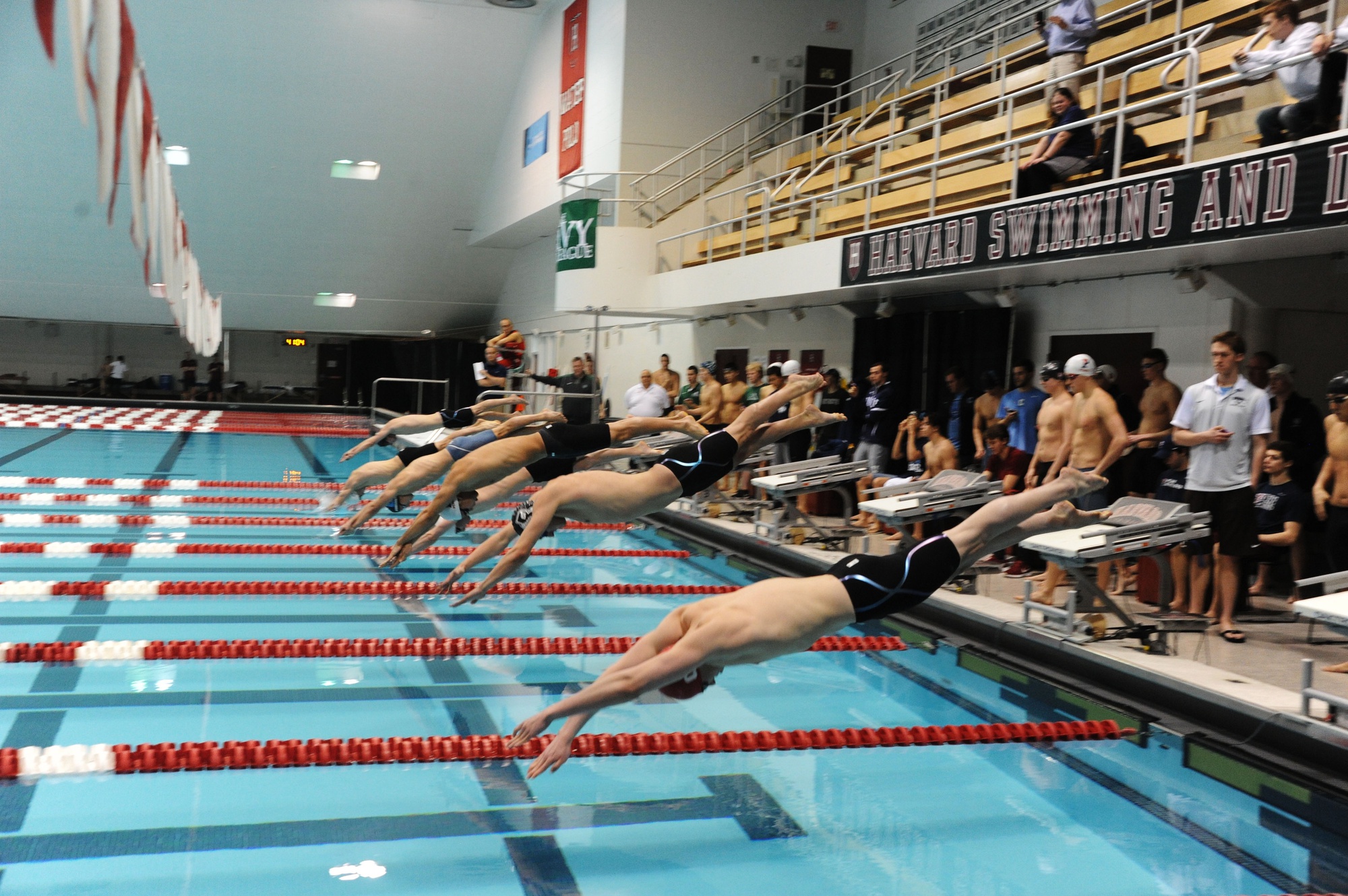 The men's swimming and diving team claimed the Ivy League title this weekend by a 370 point margin. Rookie Dean Farris led the effort contributing 96 of those points.
By Matthew Holloway, Contributing Writer

It didn’t take long for the Crimson to turn the men’s Ivy League Swimming and Diving Championships into a blowout this year. With Harvard slated as heavy favorites coming into the meet, many were calling the competition simply a matter of going through the motions before the first day of the four-day-long contest had even finished.

Leading the charge for Harvard was freshman phenom Dean Farris, who claimed the Phil Moriarty high-point swimmer of the meet award. The first-year contributed 96 points to the 370 point margin that separated Crimson from its closest competitor, Penn.

“I was happy with the performance, I think the team did really well,” Farris said. “I think there was a lot of nervous energy the first day but once we got rolling there was really just no stopping us.”

Farris didn’t just put his name in the number one spot for points in the meet, however. He also put it down in the history books, smashing records in six different events over the course of the competition.

“Coming in as a freshman, I just wanted to make a statement,” Farris said.

You can bet the country is taking notice of him after setting three records in individual events and three in relays events during the meet. This was especially true after his blistering performance in the 200 Freestyle. Farris swam a meet-, school-, and pool-best 1:31.56 on his way to placing his name at the top of the standings for the country in the event this season.

“I would say [the 200 free] was my focus for my training leading up to the meet,” Farris said. “So I wouldn’t say I was surprised with the time because I thought I could do it but I was surprised to actually see it up there on the board.”

Not only does he now have the fastest time in the nation for this season, but he’s also earned his place in the history books as the sixth fastest all-time in collegiate swimming in the event.

That, however, wasn’t the most unexpected moment of the meet for Farris.

“I was actually more surprised about the 100 back,” Farris said.

He broke the meet, pool, and team records for that event on his way to another individual gold.

In the 100 freestyle, Farris competed solo again and again broke team and pool records to claim top marks. Farris wasn’t just setting individual records, though. He was a member of three different record setting relays in the 200 medley, 800 freestyle, and 400 freestyle.

The 200 medley was the first event of the meet and Farris competed alongside seniors Jack Manchester and Max Yakubovich and junior Shane McNamara. For the 800 free relay, the very next event, Farris teamed up with sophomores Brennan Novak and Aly Abdel Khalik and fellow freshman Zach Snyder.

In the 400 free, the last race of the meet and the one that traditionally garners the largest reaction from the crowd, Farris joined seniors Manchester and Yakubovich and junior Ed Kim to set one final record and claim one last gold medal. For Farris, that last gold was the most meaningful.

“Having Jack and Max on there as two seniors was pretty special as it was their last Ivy race,” Farris said. “Then being able to celebrate right after and knowing that we won the meet. So I would say the 400 free relay was [my favorite moment from the meet].”

His team-first mindset isn’t missed by his teammates, who commend his impressive drive and strong character.

"Dean Farris earned every single result we saw on the board this weekend,” Khalik said. “He is one of the most focused and dedicated swimmers I have ever had the chance to swim with and that showed in his results. We are all excited to see what he throws down at NCAAs because at this point, we have all learned to never underestimate him.”

"Dean had a phenomenal meet,” Osada said. “It's no surprise that he swam so fast considering his level of preparation throughout the season...The sky's the limit in terms of what he can accomplish in the sport, but he's most importantly a grounded and humble individual."