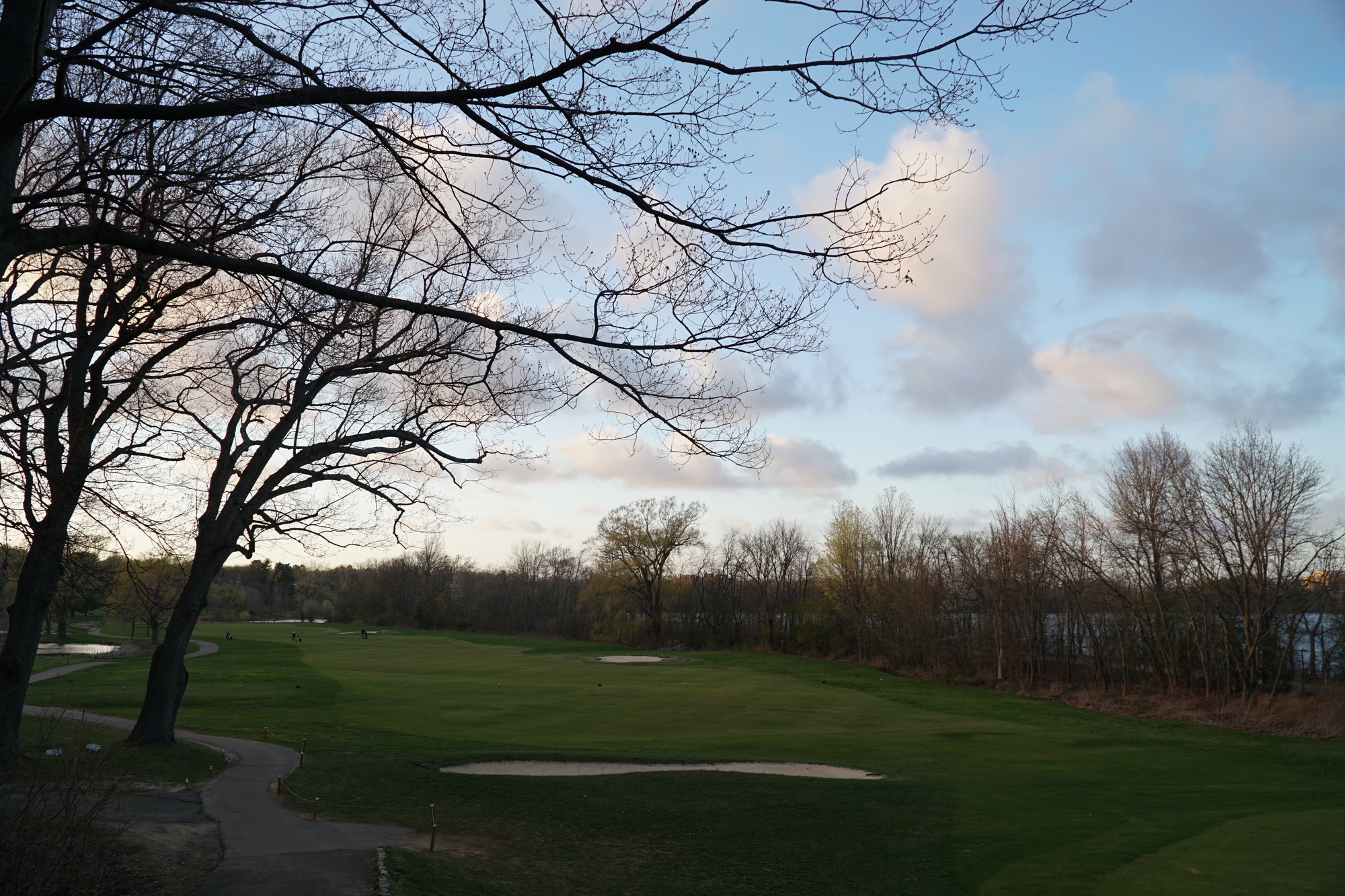 Looking to defend its Ivy Leagues championships, men’s and women’s golf head south this weekend and leave behind their home turf at Fresh Pond in Cambridge. The men will be going to Greenwich, Conn. while the women will be heading down to the Sunshine State to close out their seasons. By Ryosuke Takashima
By Leena Ambady, Contributing Writer

Last year was the first time in history that both Harvard men’s and women’s golf teams won the Ivy League Championships in the same season. This weekend, the teams will look to make history once again and defend their victories at the 2017 Ivy League Championships. The men’s team will compete at the Stanwich Club in Greenwich, Connecticut, while the women’s team will travel to Orlando, Florida to play at the Orange Tree Golf Club.

The men’s team is captained by senior Daniel de la Garza, who tied for 10th place at last year’s championships. The Crimson also boasts three of the four top golfers in the Ivy League. Junior Greg Royston, and seniors Robert Deng and Kendrick Vinar are ranked second, third, and fourth, respectively. While these upperclassmen have led the program, much of the team’s success can be attributed to its depth.

“We have eight excellent players who can contribute on any given week, and everyone played in at least one event this year,” Vinar said. “With respect to work ethic, this team is exceptional. Every team I’ve been a part of during my four years has worked hard, but this year’s team has worked extremely hard.”

That hard work paid off in the Crimson’s last tournament at Princeton. The Harvard team put on an impressive performance, besting all Ivy League competition to place second behind Seton Hall. This result bodes well for the Ivy Championships this weekend, as Harvard has proven its strength against the other Ancient Eight teams.

Sophomore Austin Capart was key in the Princeton Invitational, placing second as one of only three golfers to finish under par. He was able to edge out Princeton’s Michael Davis, who has been an imposing figure on the course all season. The Crimson will look to top the Tigers’ junior, who is ranked first in the Ivy League, again this weekend, but on a larger stage.

“It’s always fun to be playing against the other Ivy League schools,” Royston said. “There’s some good rivalry there.”

Harvard, in particular, may enter the tournament with a target on its back as the defending Ivy League Champions. But the win also gives the team valuable experience and motivation.

“Last year’s win was great for the program,” Vinar said. “Going forward that experience only helps us. We all know we have what it takes to succeed at this level. There’s a balancing act of maintaining confidence without getting complacent or presumptuous. Our team has done a great job of that this year.”

Battling complacency is also a focus of the women’s team, which has won five consecutive Ivy League titles. The team has also racked up three tournament wins this season, at the Navy Fall Invitational in September, the Delaware Invitational in October, and more recently, the Navy Spring Invitational two weekends ago.

Sophomore Michelle Xie has played a critical part in the Crimson’s success, with three first place finishes this year, earning the Palo Alto, Calif. a No. 2 ranking in the Ivy League behind Yale junior Jennifer Peng coming into the conference championship. Her most recent victory came on April 1st at the Harvard Invitational in Sarasota, Fla. where she swept the field and helped Harvard to the podium behind Princeton and Boston University. She hopes to replicate this performance when the team returns to Florida on Friday.

“Our team is incredibly process-focused, so going into this weekend we are all making sure that we are each in our personal best mindsets,” Xie said. “I have personally had my best season at Harvard so far, and would love to continue to play well this weekend.”

Xie is not the only Harvard golfer to have a strong season. Sophomore Anna Zhou and captain Anne Cheng also should be watched. Zhou has two individual tournament victories, while Cheng has tallied four top-ten finishes in five tournaments. Despite the team’s impressive results, the captain still sees room for improvement.

“We’ve had a lot of rough starts and rough patches throughout the season,” Cheng said. “But the team has definitely gotten closer and I think we’re always on the track to getting better in terms of our game.”

The Crimson will hope to make these final adjustments before it plays this weekend, as both teams look to defend their Ivy League titles.