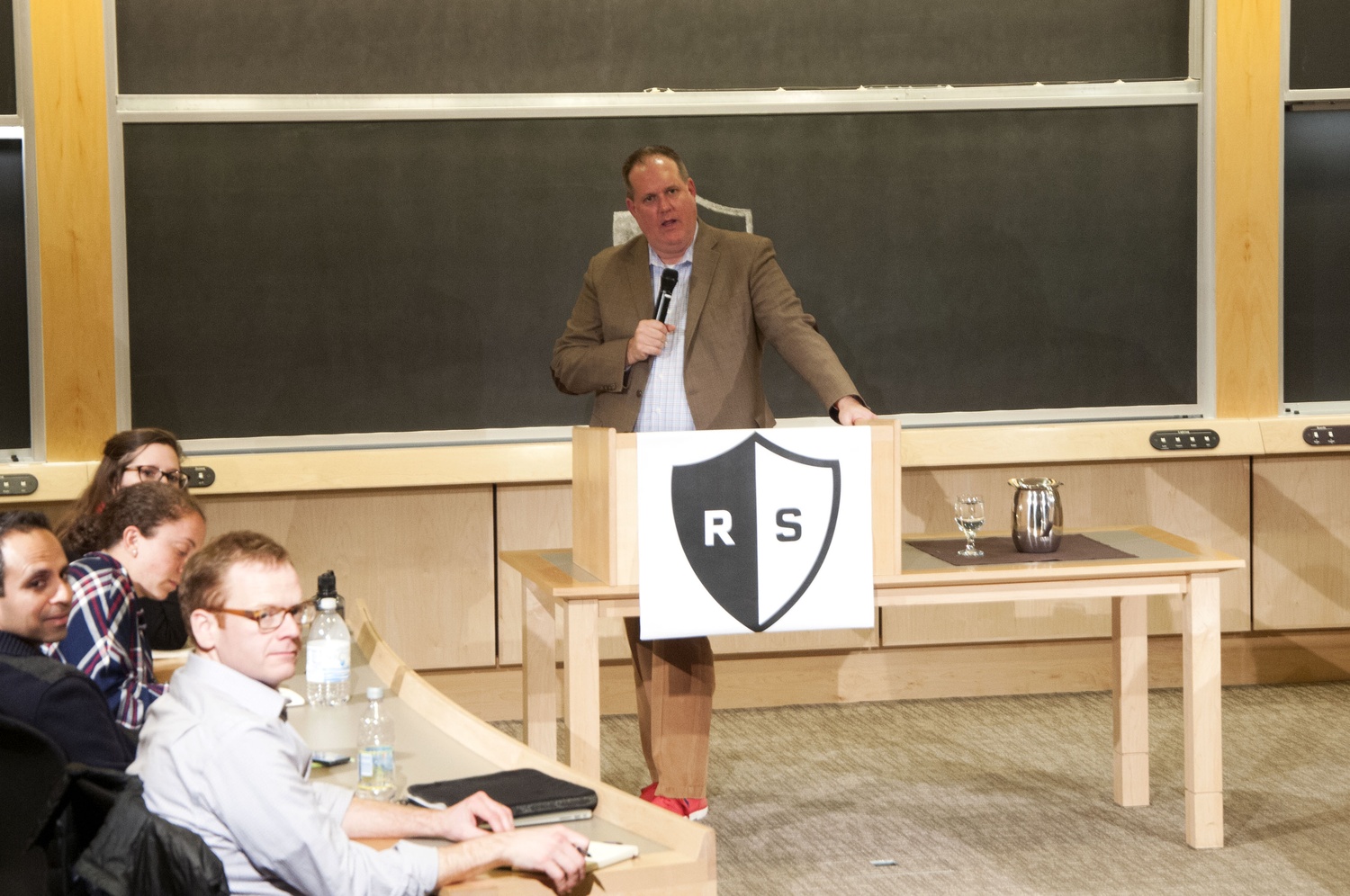 Styling themselves as characters from "Harry Potter," a group of Harvard students has launched the "Resistance School," a four-session program designed to teach techniques for challenging President Donald Trump's administration.

Founded by former campaign staffers, organizers, and activists, the Resistance School aims to “sharpen the tools [necessary] to fight back at the federal, state, and local levels,” according to its website. The free sessions are open to the public and will be held throughout April at the Kennedy School as well as live-streamed from the Resistance School website. It is the latest in a series of efforts by Harvard students to resist Trump.

Likening itself to Dumbledore’s Army—the covert group from the Harry Potter series dedicated to battling Voldemort—the group has attracted widespread media attention, and all spots for its in-person sessions have already been filled.

Co-founder Joseph L. Breen, a student at the Kennedy School and the Law School, said the idea for the training program came after the election as students and professors discussed how they could best stand up to Trump.

“We thought about the resources that were available to us, and what we could add to the tremendous momentum of progressive activism. We felt like there were a lot of folks who wanted to get involved with political activism but didn't have the tools to do so,” Breen said.

Timothy P. McCarthy ’93, a lecturer on History and Literature aand a lecturer on public policy at the Kennedy School, led the Resistance School’s first session Wednesday evening, delivering a lecture on “How to Communicate our Values in Political Advocacy.”

“Schools at their best are communities for critical thinking. Schools are places for intellectual exchange, for social transformation, and yes, when necessary, for political resistance,” McCarthy said at the session. “This is a movement moment.”

As of Wednesday night, over 35,000 people had viewed the live stream of McCarthy’s seminar on Facebook.

In the second session, Sara El-Amine, the former executive director of Obama’s advocacy arm, will teach “How to Mobilize and Organize our Communities.” Marshall L. Ganz, a senior Kennedy School lecturer, will teach the third: “How to Structure and Build Capacity for Action.” In the final session, recently-elected Democratic National Committee Vice Chair Michael A. Blake will speak on“How to Sustain the Resistance Long-Term.”

“I think that our democracy is experiencing a very serious threat at this moment with the Trump regime,” Ganz said. “For me it’s not just about resistance, it is about turning this into an opportunity to renew our politics. It’s for the future.”