Once a Transfer, Ellis is Now a Program Cornerstone 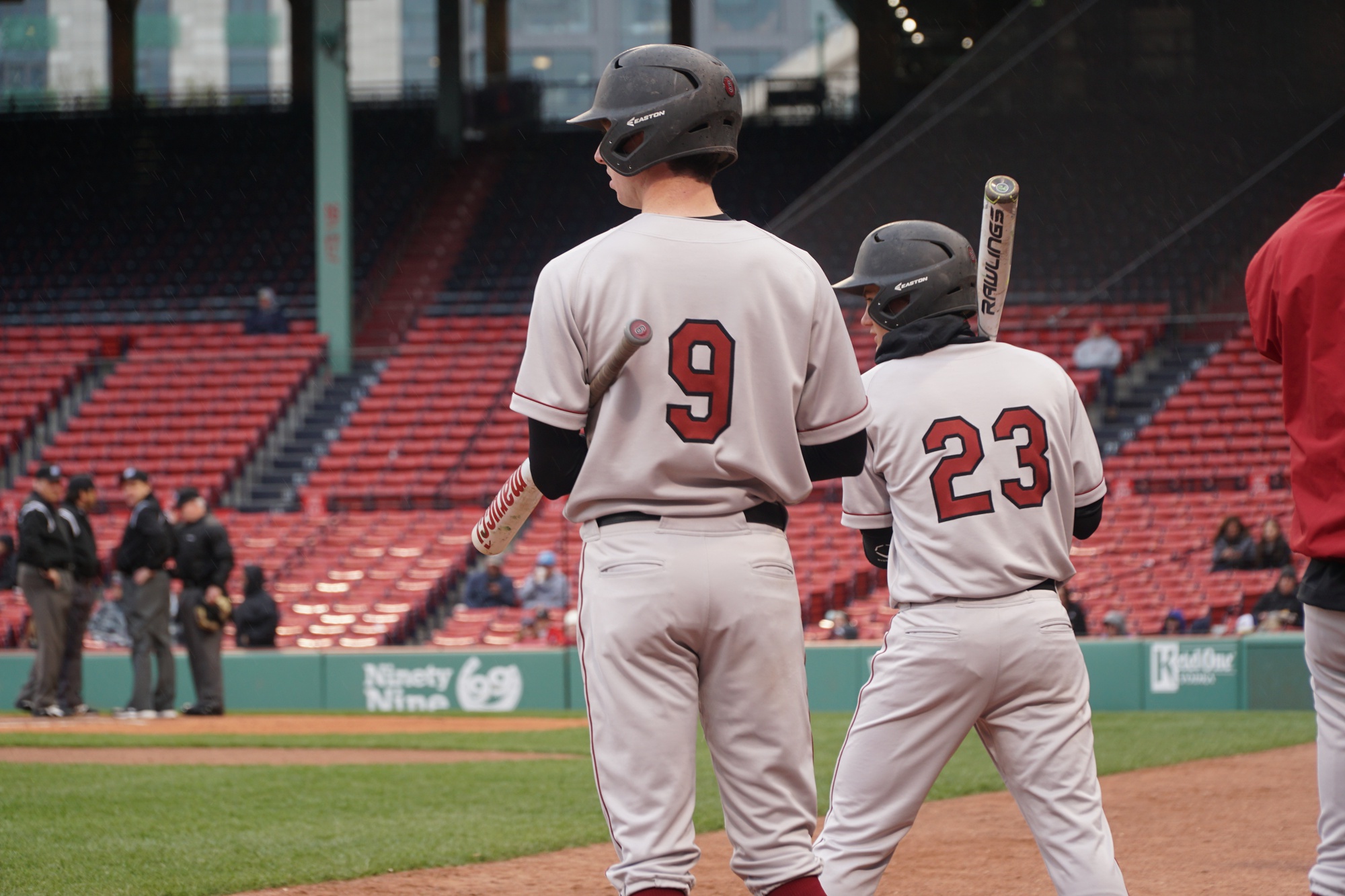 Captain Josh Ellis, shown in the foreground, joined Harvard as a sophomore but was named captain this year. By Ryosuke Takashima
By Henry Zhu, Crimson Staff Writer

Serving as Harvard baseball’s 144th captain implies more than stellar performance on the diamond. Rather, as teammates and official recognition attest, what makes senior catcher Josh Ellis truly special are his off-field characteristics.

Ellis’ contributions to Harvard baseball and the community at-large have earned him the distinction as one of thirty candidates for the 2017 NCAA Senior CLASS Award in college baseball. To qualify, candidates must have excelled in four areas—community, classroom, character, and competition. Additionally, students are recognized for their ability to “to use their platform in athletics to make a positive impact as leaders in their communities.”

“We have a rock behind the plate in Ellis,” head coach Bill Decker said. “I am so happy to have had three years with him, being able to see him every day with the way he carries himself. He does it on the field, the classroom, the community, and for all his teammates and friends. He is just a special person.”

In 2017, the captain has delivered on the baseball field, largely in the role as the leadoff hitter for the Crimson. Coming in as a sophomore transfer from Bowdoin, Ellis went through numerous ups and downs, battling injuries before finding a solid role on the team.

When the opportunity came in his junior year, Ellis performed at an exceptionally high level as the new starting catcher for the team. Earning an All-Ivy League honorable mention, Ellis finished second on the team in batting average at .304 while tallying 35 hits and driving in 12 runs. Defensively, Ellis threw out nine of 22 base runners, among the highest pickoff rates in the Ivy League.

This year, the captain has maintained impressive statistics. As one of the fastest baserunners on the team, Ellis took advantage of his leadoff role with six stolen bases, including a steal at home in his final game against Dartmouth. Over the course of the season, Ellis knocked in 10 RBIs while notching a .274 batting average.

In speaking to his demeanor on the field, many of his teammates credit his energy and discipline behind the plate and his noticeable confidence at bat. Further, teammates repeatedly bring about the word “character.” That term, whatever it means, has resonated through the Harvard dugout and contributed to Ellis’ selection as captain after just two years with the Crimson.

“Josh is amazing, one of the greatest kids I know,” junior outfielder Austin Black said. “He’s done a great job with the team, and everyone loves him. It has been an honor to play with Josh.”

In reciprocating these comments, Ellis also attributes his success as a leader of the team to the contributions of many of the underclassmen, who have taken on tremendous responsibility in guiding the Crimson throughout the challenges of the season.

“It has been a really cool experience as a leader for the team,” Ellis said. “The team really welcomed me with open arms, and it is obvious there are many different leaders on the team beside myself, including many of the freshmen. The way that they carry themselves just makes everyone better.”

The personal qualities that Ellis has been lauded for on the baseball field have directly carried over in his academics and community work.

During academic hours, Ellis takes on a heavy course load by concentrating in neurobiology; over the summer, he will apply to medical school. Expressing an interest in mental health, Ellis conducted research over the summer in 2016 on a six-week fellowship to Haiti. As a result of this experience, Ellis has learned French and Creole to better understand the needs of the local community.

“I think one of the most important things I have learned in Haiti is the importance of listening,” Ellis said. “It’s been something that has helped on and off of the baseball field. In order to have a fully functioning team, people need to be happy and comfortable. That doesn’t happen unless people can readily share their experiences about what is happening in their daily lives.”

After his graduation from Harvard, Ellis will return to Haiti this summer as he continues his work with the Saint Rock Haiti Foundation. With his focus in mental health, Ellis has specialized in establishing a mental health clinic in Saint Rock and expanding the communications within the community over this increasingly concerning issue.

“I started going to Haiti almost ten years ago initially with my church to a little part of Haiti called Saint Rock,” Ellis said. “It was mainly medical-touristy in the beginning, and we would only be able to send a few doctors in three or four times per year. Later on, after a couple great fundraisers, we were able to hire a large medical staff and have a larger role for the community.”

Today, the medical program which Ellis helped initiate has seen over 40,000 patients since its inception, receiving over $300,000 in financial support in large part due to the fundraising efforts from those like Josh.

“Just being there first off and showing commitment to the community...means a lot,” Ellis said. “Having these interactions with the people there has been a really valuable experience for me.”

Even through all of his post-baseball plans, Ellis added that he is still looking forward to staying involved with the sport in some capacity. With his playing days likely over, Ellis still envisions himself taking more of a leadership role around baseball.

“I love the game, but I think my body is telling me to hang it up,” Ellis said. “But I am thinking about potentially going back and volunteering at my high school as an assistant coach. I definitely will not be a stranger to the game.”

A stranger to baseball or not, Ellis will leave a noticeable hole on the team when he graduates this spring. Conversely, in speaking of what baseball has meant to him, Ellis focused on something beyond simply balls, strikes, and the scoreboard.

“I have learned so many great life skills through the game of baseball,” Ellis said. “It has been a wonderful experience, and I have taken away so many things from baseball, like being a better communicator and listener. I look forward to staying involved with the sport in the near future.”