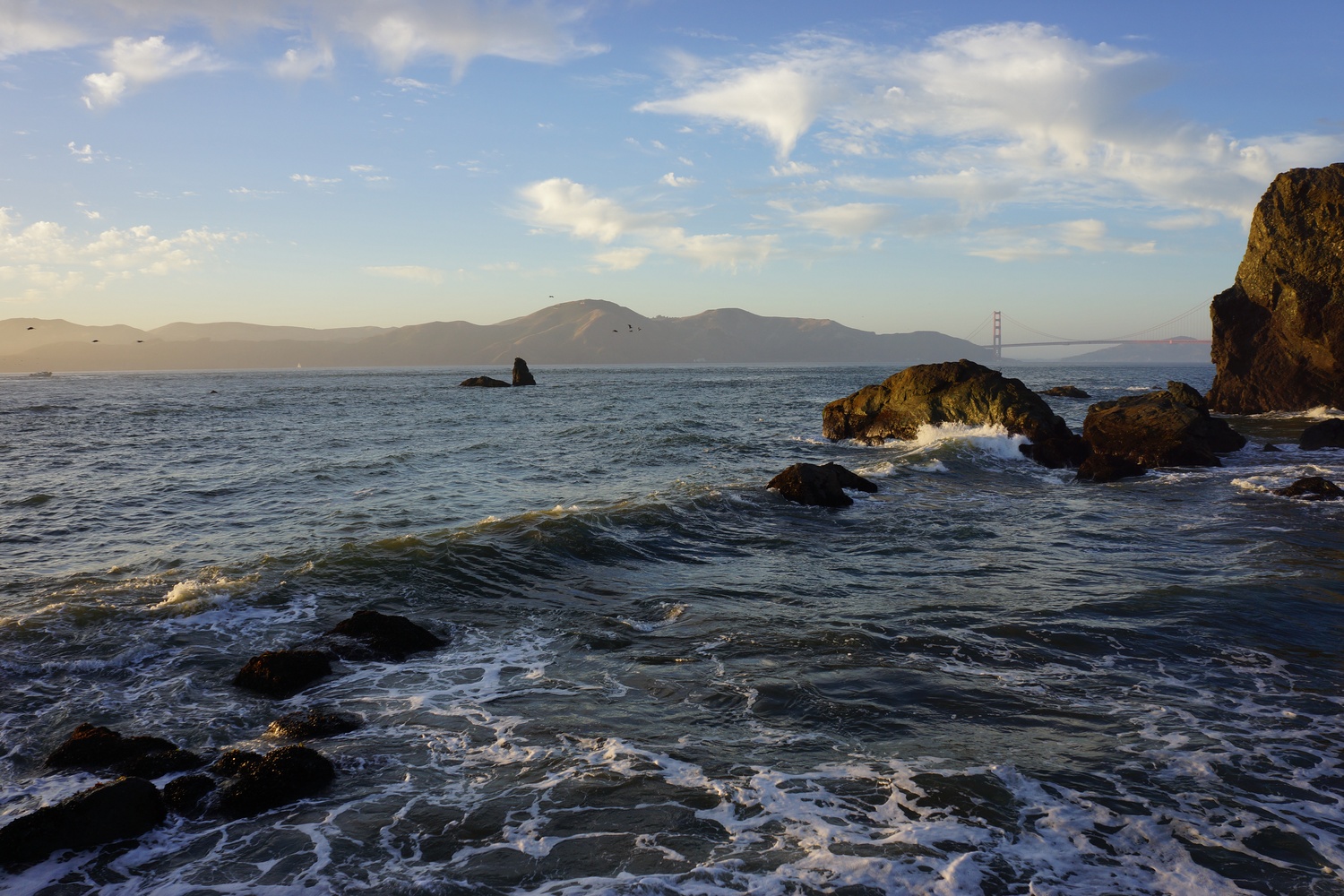 Backpack still bouncing from my scale up the rock, I lifted my head to squint at the setting sun. Nine weeks out in the bay and Land’s End remained on my list of touristy places that I had yet to hit. A quick scroll on Google Images confirmed what I had heard about the beauty of the place and brought me to Mile Rock Beach this particular Saturday evening.

I swung my legs over the ledge and felt my way into a comfortable position against the stone skeleton. A perfect panorama sprawled before me, a rocky shoreline on the left fading into the sky and falling sun, a faded Golden Gate Bridge towards the right, cut off by the dark outline of a cliff. Though a spectacular scene, I had yet to decide whether it was worth it.

Worth what? Not the climb up the rock. No, that was fine. The question was how I would get down. I watched others slide, scurry, and run down the uneven surface that I had just climbed atop. Some were even in flip-flops. I have always been scared of going downhill. Going uphill was physically strenuous, but it also felt safer. Sure, I needed to push myself, but the activity was almost mindless. There was always some peak, some goal, which I was aiming for.

Only much later, after the sun had already dipped halfway down the horizon, did I realize my novice mistake of ignoring the tide. Looking down from my perch at the dark water obscuring the bottom, my gut dropped as the way down became even more daunting. I pulled my shoes off and slowly stuffed my socks in them. Splashing as I stepped down, white foam swirled around my thighs. The cold sent a shock through me, but the feeling was not unpleasant. I laughed.

As nice as the rock had been for the sunset, I needed to get down. A cold breeze was already steadily blowing by, and darkness was settling in. The world was moving forward and I could not stay there. This summer has been challenging, exhilarating, and a break from the routine of schoolwork. With a little more than a month left, I know that I cannot stay with these sunsets and clouds forever. I will soon be ready to come down, to find a new rock to climb.

Lucy Wang ’20 is a Crimson news and arts editor in Leverett House.