&pizza Partners with Dessert Bakery in Another Bid at Harvard Square 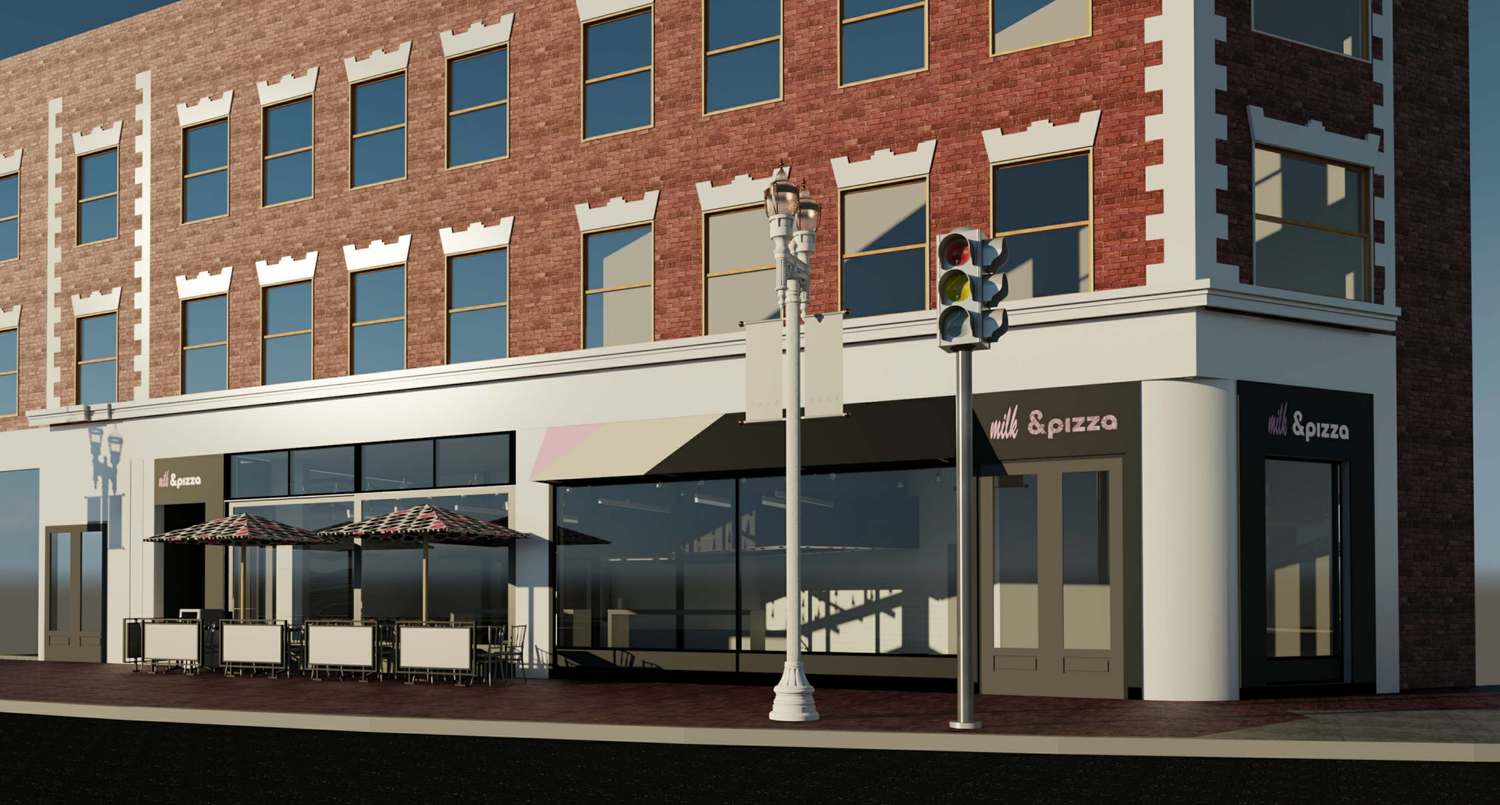 A rendering of the proposed &amp;pizza restaurant in Harvard Square. By Courtesy of &pizza
By Sarah Wu, Crimson Staff Writer

The Washington, D.C.-based chain &pizza is partnering with Milk Bar, a dessert bakery based in New York, in an effort to revive the pizza chain’s bid to open in Harvard Square.

Two months ago, Cambridge’s Board of Zoning Appeal denied &pizza the permit necessary to open in Harvard Square, citing an excess of pizza restaurants in the neighborhood. After its application was rejected, &pizza could only re-apply if it chose a different location or proposed a different service model.

In a statement, &pizza’s co-founder and CEO Michael Lastoria said his company sought to address the community’s concerns about the addition of “just another pizza shop” in the Square.

“We’ve listened to the community and heard loud and clear that they’re looking for more than just another pizza shop—they want a neighborhood partner,” he said in the statement.

Karen D. Simao, &pizza’s attorney, wrote in a letter to the Planning Board that by adding a dessert option, the restaurant will encourage customers to have a sit-down meal and reduce take-out orders and possible congestion.

Lastoria is teaming up with Milk Bar founder and CEO Christina Tosi to occupy the property that previously housed Crimson Corner and Tory Row.

Tosi, who has been to campus before as a guest lecturer in the popular Science & Cooking course, said she is excited for Milk Bar to “help fuel some of the most brilliant and innovative minds in the world,” according to the statement.

“Our mission at Milk Bar is to make life a little sweeter—that includes making study breaks fun, too! Plus we can finally tell our folks we made it into Harvard!” she said.

In order for the zoning board to consider &pizza’s new proposal, the BZA must find “specific and material changes in the revised proposal. The hearings for “milk &pizza” will take place next Monday and Tuesday.