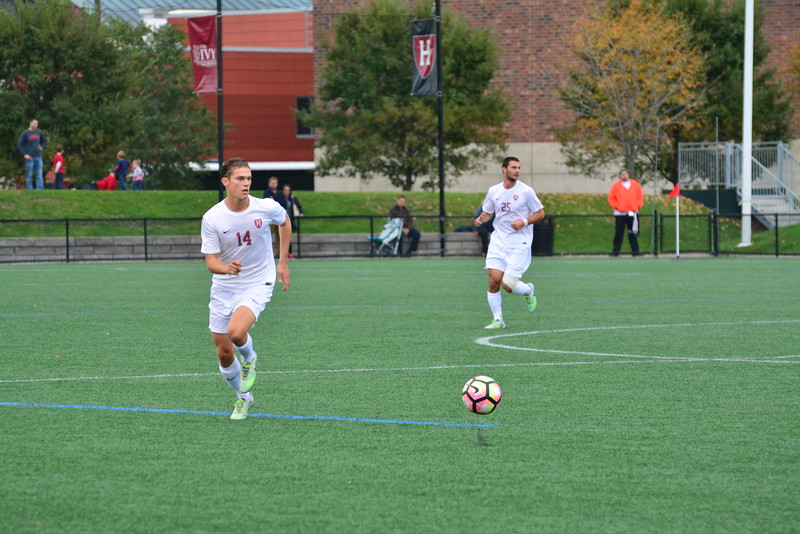 They’ve trained harder and smarter, and are even more focused and hungry than they were last year. The Harvard men’s soccer team, after a strong performance last season in which it was one of the strongest teams in the Ivy League, is poised to come out strong in tomorrow’s season and home opener against Xavier Friday afternoon.

This non-conference match will be the first test of strength and a time to work out any kinks for the Crimson, which will be led by co-captains and defenders Eric Gylling and Justin Crichlow. This year’s squad is a relatively young one, with more than half of the team made up of underclassmen, including six new members in the incoming class.

Despite the newcomers adjusting is the Crimson’s dynamic, the team returns has four of its five top goal scorers from the previous year, including sophomore midfielder Matthew Glass and senior midfielder Christian Sady, and a strong defense led by senior goalie Kyle Parks, who played in every game last season and averaged 1.22 goals against and six shutouts.

The Musketeers (1-1, 0-0 Big East), which have already begun their season, will be coming into the game off an overtime loss against Loyola Chicago and a 3-0 win over Drake. It will meet the Crimson for the first time at Ohiri Field on their first road trip of the year,

While the Crimson has a solid defense and prolific goal scorers, they will have to prepare to defend a team they have never faced before. Xavier, which too is a young team, also appears to have a high-octane offense. Sophomore Samson Sergi, senior Matt Vasquenza, and junior Cam Taylor, who was also named Big East Defensive Player of the Week, have been the team’s leading scorers so far.

Even against a strong team, the Crimson is known to hold its own and be a tough team to beat at home, with a 17-5-3 record since the 2013-2014 season. There is no doubt that the well-rested team will do everything it can to ensure that it starts the season off on the right foot.