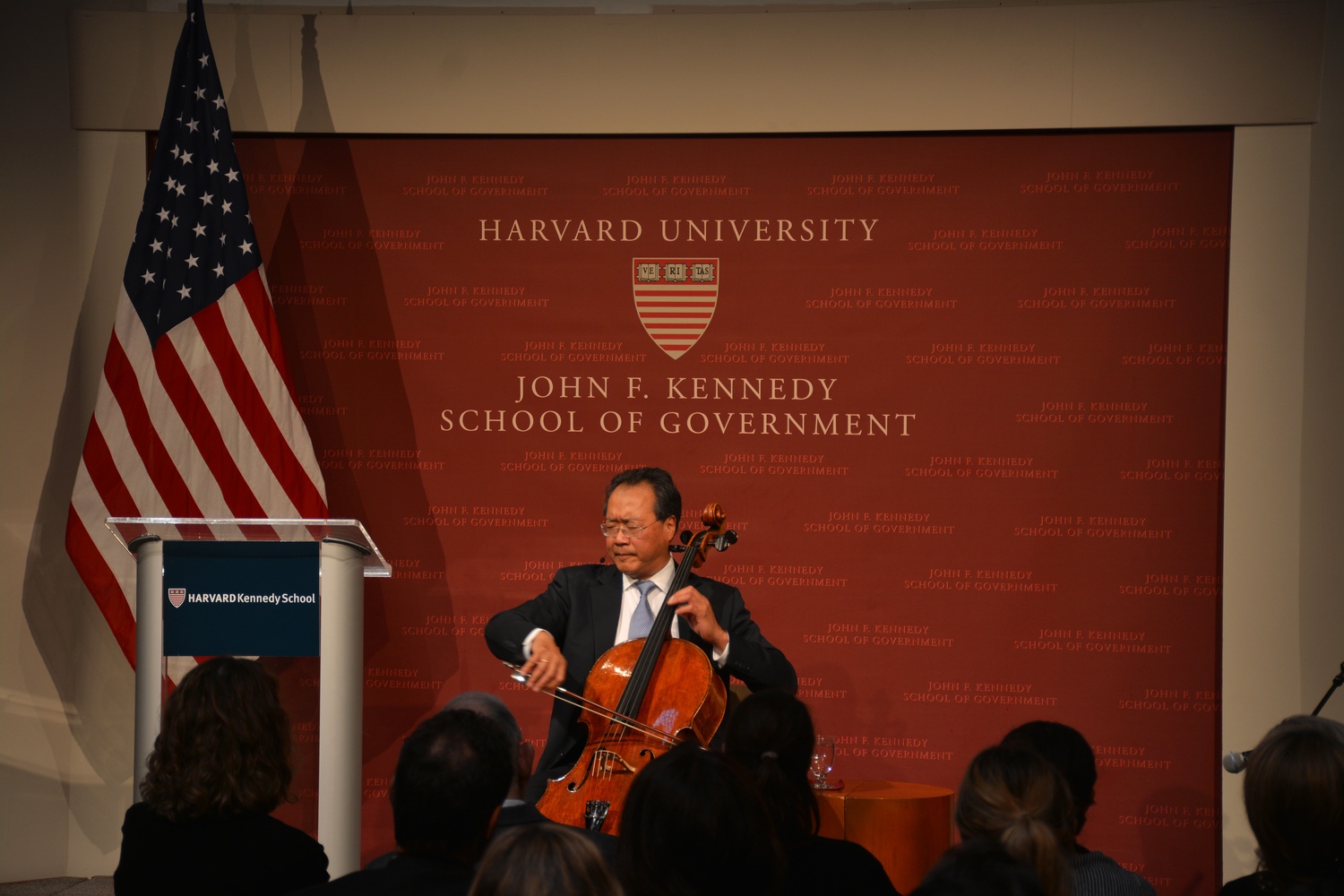 Executive Chair of the World Economic Forum Klaus M. Schwab predicted a future in which individuals are guaranteed a universal basic income at the Institute of Politics Wednesday.

Yo-Yo Ma ’76, who serves on the board of the World Economic Forum, opened Wednesday’s event with a performance of “Song of the Birds,” a traditional Catalan folk song. Ma said he selected the song because of its history as a symbol of opposition to authoritarian rule.

Thanking Ma for his performance, Schwab said that music and art enable humans to differentiate themselves from artificial intelligence. Throughout the event, Schwab offered solutions for policy makers to address the issue of job loss caused by artificial intelligence, citing Singapore and Germany as economic success stories.

“Culture [and the] language of sound, is an essential element of humanity,” Schwab said about Ma’s performance. “The piece you played...reminded us that we should not only speak about economics, but what makes us different.”

Schwab went on to present an optimistic view of what he termed the “fourth industrial revolution,” adding that he predicts a coming renaissance prompted by technological advances and rapid economic and social changes.

Schwab also emphasized the need for more agile governments to keep pace with rapidly developing technology to ensure that it serves human needs.

Asked by Gergen about his advice for young leaders, Schwab also emphasized the qualities essential to leadership in the 21st century.

“You have to be a professional: you have to be the best at what your doing or at least amongst the best—brains. But you have to have values, that’s the soul,” Schwab said.