Act on a Dream Ramps Up During Trump Presidency 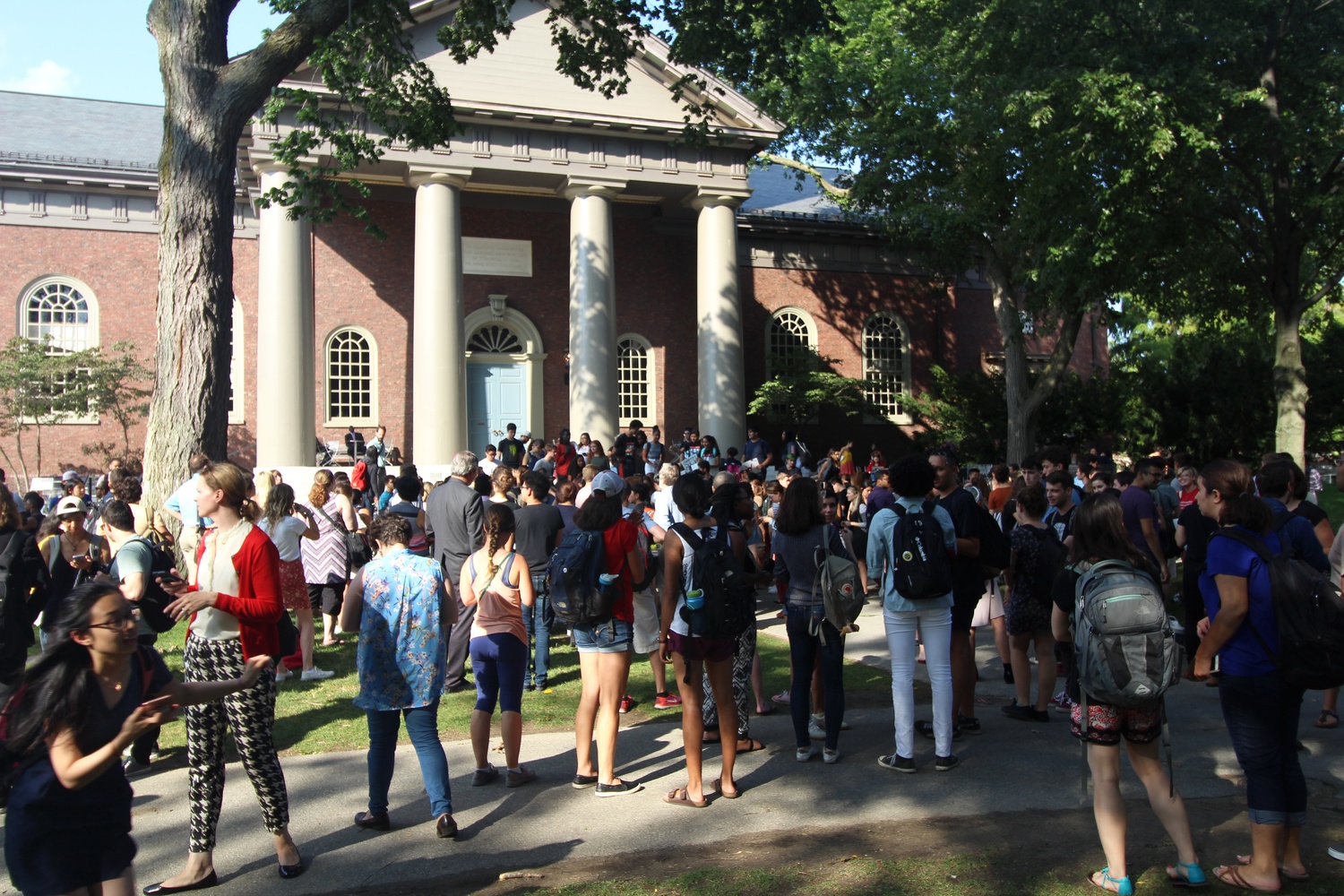 A crowd looks on as students speak at the Fight for Immigrant Rights rally earlier this month. The rally was organized by Harvard College Act on a Dream and other student groups. By Krystal K. Phu
By Kristine E. Guillaume, Crimson Staff Writer

As President Donald Trump’s immigration policies have created a sense of crisis for undocumented young people at Harvard and nationwide, Act on a Dream—a student group that advocates for immigration rights—has grown in size and scope amid an outpouring of support.

In the last year, Act on a Dream’s membership has doubled, according to the group’s Co-Cirector Daishi M. Tanaka ’19, with its executive board expanding from six to 13.

The increase, which began at the end of last semester, has allowed Act on a Dream to grow both its presence on campus and activities in the wider Boston area in a time when immigration reform has become a “hot topic,” according to Laura S. Veira-Ramirez ’20, the group's Advocacy Co-chair.

Earlier this month, Trump said he would end Deferred Action for Childhood Arrivals, an Obama-era program that allowed undocumented youth to legally live and work in the United States. More than 60 students at Harvard benefit from the program, and Act on a Dream has made advocating for DACA a priority.

“We decided there was more need for people. We saw there was more of a need to work with administration to make sure that there were resources in place for students,” Veira-Ramirez said.

Almost 70 students attended the group’s first general meeting this year on September 14, according to Tanaka.

“We were getting so many requests from people to help, but they didn’t know what to do. It was kind of a town hall for people to come and tell us how they want to help us,” Veira-Ramirez added.

Act on a Dream’s second general meeting occurred Thursday with a focus on media messaging, according to Tanaka. A crowd of 30 people attended the meeting in the basement of Memorial Church.

Aside from their increased attendance at meetings and working groups, the organization has added chair positions and committees in the departments of communications, external affairs, and intersectionality to give more students leadership positions, according to Veira-Ramirez.

“The intersectionality committee, which will be starting soon, will engage really all the affinity groups at Harvard and making sure that immigration and undocumented students in different organizations and different areas of campus are being heard,” Tanaka said. “[We want] to make sure that, moving forward, a lot of our goals recognize that immigrant rights are intersectional.”

With the repeal of DACA, however, Act on a Dream has placed emphasis on outreach efforts outside of the Harvard community with a strong focus on contacting legislators as well as partnering with similar organizations at Boston schools like Tufts, according to Veira-Ramirez.

“[We want] to make sure that we have some call-a-thons and letter signing campaigns to make sure we reach some congressmen in this six month period before DACA is repealed,” she said.