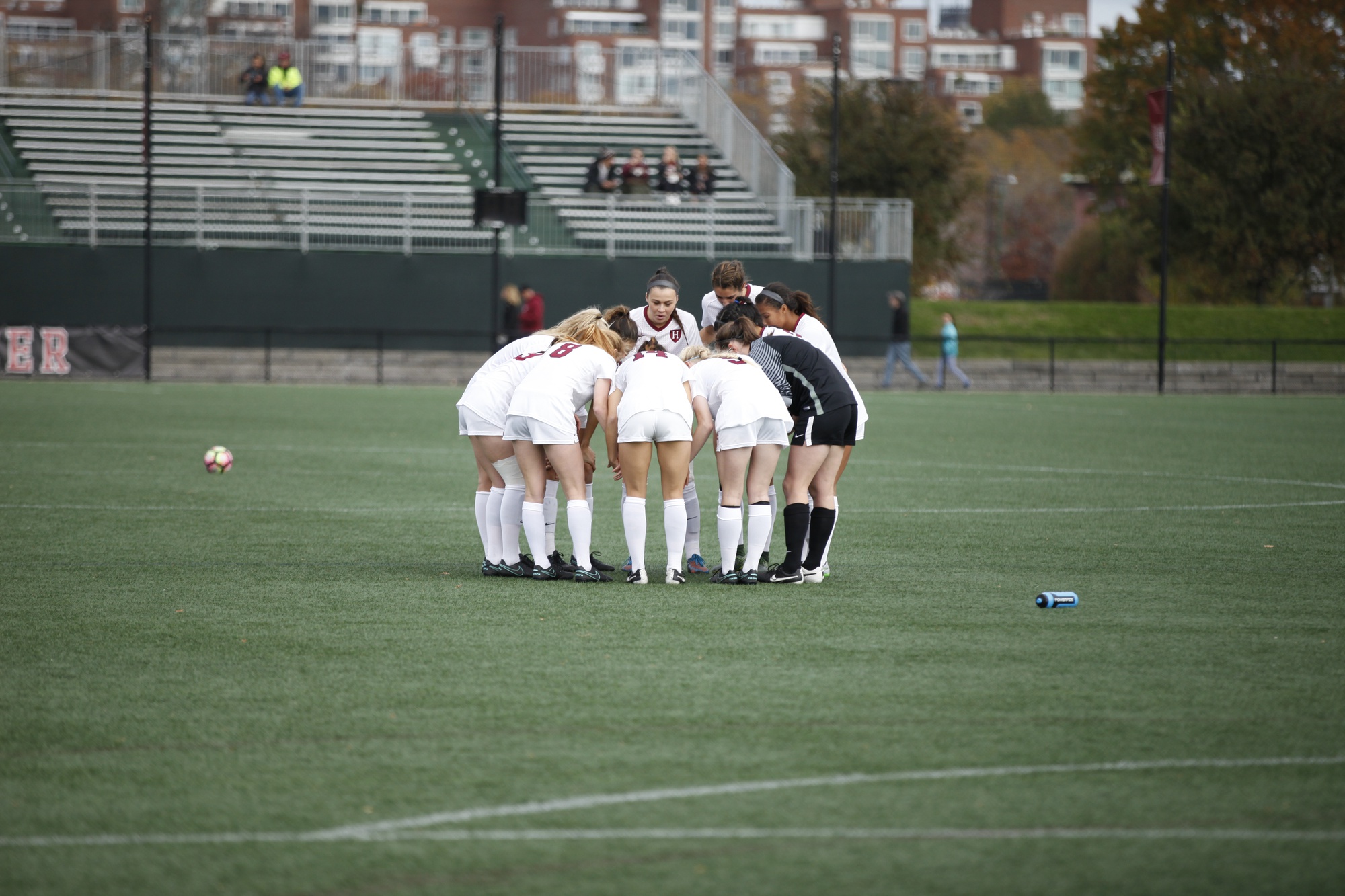 The Harvard women’s soccer team entered Saturday’s Ivy League opener against Penn riding a four-game win streak against the Quakers. From the very beginning of the contest, however, it was clear that Penn had come to play with the intent of breaking that streak.

The visiting Quakers (2-5-2, 1-0-0 Ivy) tested Crimson (6-4-0, 0-1-0) junior goalie Danielle Etzel early and often, forcing two saves from her early in the game. Then, on the third attempt, they finally broke through.

In the 30th minute, Penn sophomore forward Emma Loving collected a pass from junior defender Camillia Nwokedi on the right side of the 18-yard box and unleashed a powerful low shot across the face of goal. The ball skipped past Etzel’s outstretched arms and into the back of the net for Penn’s first goal against Harvard since 2013.

Loving’s well-placed finish turned out to be enough for the Quakers to break their hex against the Crimson. In fact, the 1-0 score line marked Penn’s first victory in Cambridge, Mass. since 2007, a full decade ago. In terms of this season’s results, the win also snapped the Quakers’ eight game winless streak.

“The Ivy League’s a whole new season, and it doesn’t matter what records the teams come in with,” Harvard coach Chris Hamblin said. “We all start with a clean slate and Penn capitalized on their chances today while we didn’t.”

On the whole, the Crimson did create more scoring opportunities than its opponents. Star midfielder Leah Mohammadi was contained in the final third for the most part, but her teammates stepped up as seven different Harvard players recorded a shot on goal. Even after the junior left the pitch with an injury early in the second half, the Crimson continued to improve on offense.

One of Mohammadi’s midfield partners, junior Zayne Matulis, took the team’s best chance of the afternoon when she struck a free kick from distance in the 72nd minute. The ball dipped under the crossbar at the last moment, forcing Quakers sophomore goalie Kitty Qu to make a sprawling save and tip it over the bar.

It was Qu’s finest save of the match, but far from her only crucial stop as she collected seven saves in total.

“Their defense was tough, but it was more so on us [in] failing to execute,” said Harvard senior midfielder Dani Stollar. “We struggled to find the right touches, to do the simple, technical things in the final third, and that’s something we’ll have to look at and work on.”

On the other side, Penn did find the all-important breakthrough. The goal by Loving was a culmination of the Quakers’ ability all game to send dangerous passes into the box. Sophomore midfielder Emily Sands was particularly instrumental in this offensive scheme, as she constantly created chances for others. The 2016 All-Ivy selection added a team-high two shots on goal as well.

Defensively, Penn slowed the Crimson offense with its tight positioning. In particular, freshmen defenders Chase Geffert and Jadyn Wilensky showed how far they have come in their first season by playing the full 90 minutes and helping the Quakers repel every attack. Geffert, standing at 5’11’’, was vital as Harvard threatened with 10 corners over the course of the game.

“They’re a physical team, and we knew coming in that they would be bigger,” Hamblin said. “That’s just the nature of our team right now, more technical, and we knew we wanted to keep the ball on the ground more. It came down to Penn dictating the game better and forcing us to play to their style.”

In the end, the Crimson can only wonder what if as it looks back on its 10 corner kick opportunities. The team did try to play short corners several times, but the Quaker defense held tight each time.

“It definitely hurts to start the season this way,” Stollar said. “We started a little too slow today and we weren’t able to come all the back even as we grew into the game. But it’s still early in the season, and anything can happen.”