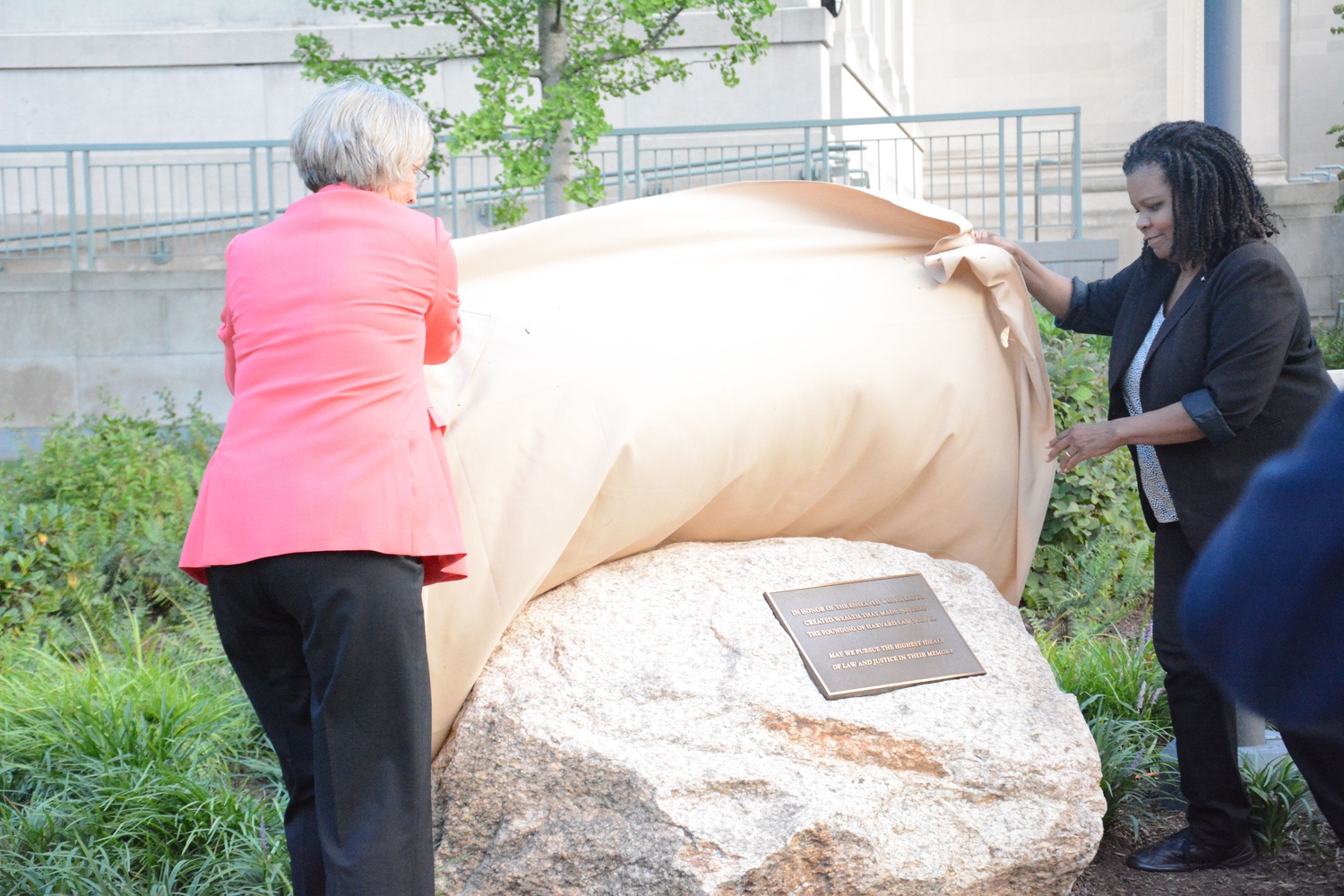 Harvard Law School unveiled a memorial dedicated to slaves owned by the Royall family, whose donations helped endow the institution, at an event Tuesday evening.

The plaque, which sits on a rock in the plaza between Langdell Hall and the Caspersen Student Center, reads, “In honor of the enslaved whose labor created wealth that made possible the founding of Harvard Law School. May we pursue the highest ideals of law and justice in their memory.”

The plaque marks the second time Harvard has memorialized its historical ties to slavery in recent years. In 2016, Faust dedicated a plaque on Wadsworth Hall to the four enslaved people who lived and worked there in the 18th century. The Law School has also grappled with its connections to the Royall family in the past when it removed the family’s crest as its official seal; it has yet to select a new one.

The new plaque does not include the names of the enslaved persons. Gordon-Reed, who drafted the memorial’s text, said that the omission of names was meant to remember the anonymity of slavery.

“The words are designed to invoke all of their spirits and bring them into our minds and into our memories, in the hopes that it will spur us to try to bring to the world what was not given to them—the law’s protection and regard, and justice,” Gordon-Reed said.

Manning’s speech remarked on the significance of beginning the school’s 2017 bicentennial celebrations with the memorial and recognizing slavery’s central role in the Law School’s history.

“We start our bicentennial today with this dedication and this tribute, and we place this memorial here, at the crossroads, at the very center of this school, where everyone travels, where everyone passes, so that it cannot be missed,” Manning said.

Adrian D. Perkins, a member of the school’s student government, said seeing the monument gave him “profound happiness” as a student leader and African American student. He said the student government is planning a number of ways to address racial concerns on campus this year.

“In years past, there would be something that would jump up in our larger community in America and the student body would have to react to it, but this year we have instances like this where we lay out this great monument,” Perkins said. “We’re also going to be hosting town halls alongside the administration where students can talk about any issues that arise before this very negative thing sparks the crises that we’ve had on campus in past years.”

The memorial event was preceded by a talk on the founding and first 50 years of Harvard Law School, given by Daniel R. Coquillette, a professor at Boston College and visiting professor at the Law School, who has published a book on the history of the school. It included a panel with talks from Law School professors Gordon-Reed, Halley, Randall Kennedy, and Bruce H. Mann.