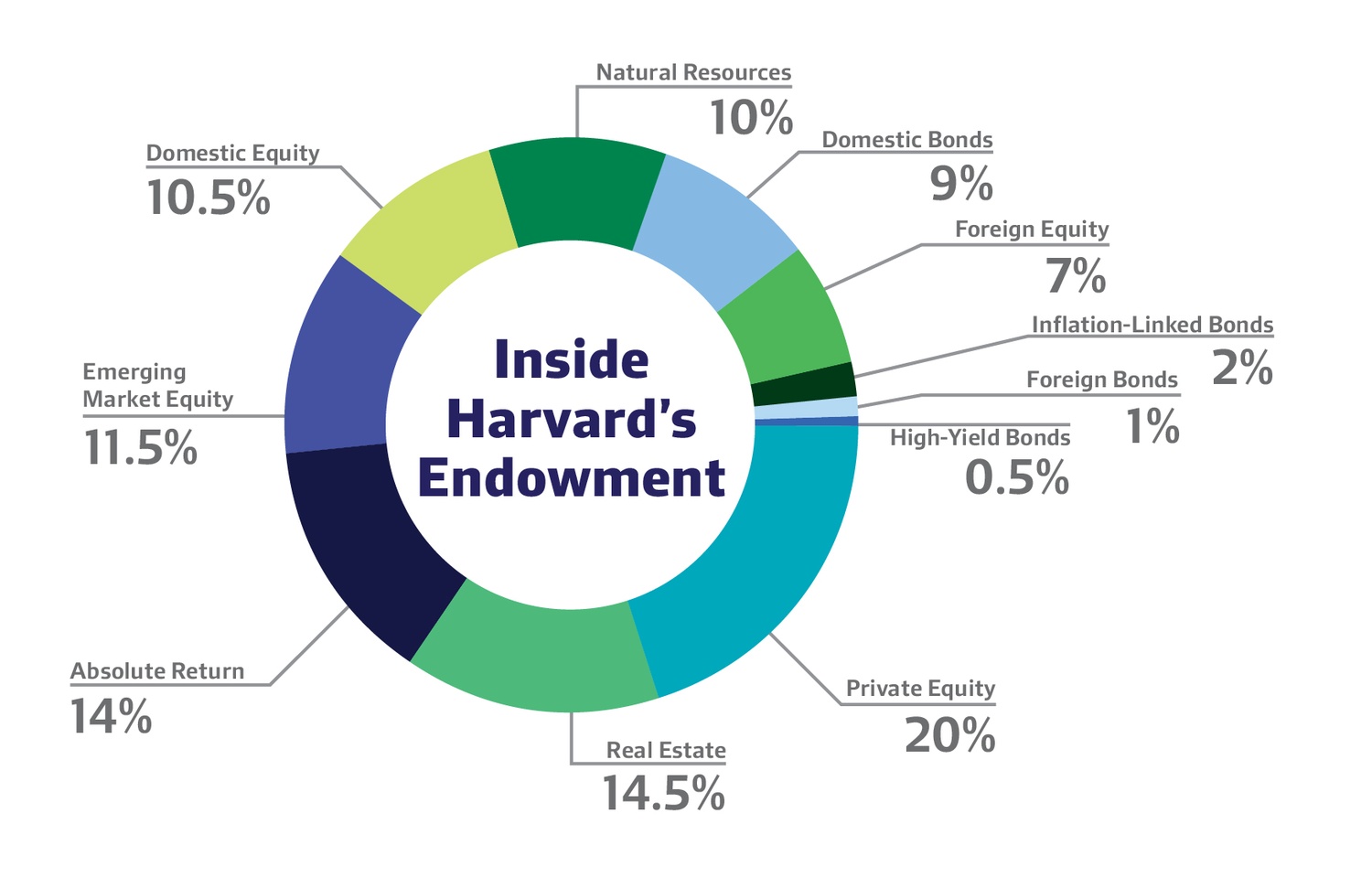 Harvard’s endowment returns fell three points below the national average for college and university endowments in fiscal year 2017, according to a nationwide report released last week.

Large endowments over $1 billion posted average returns of 12.9 percent, while endowments smaller than $25 million returned 11.6 percent, according to the NACUBO-Commonfund report. Harvard remains the largest university endowment at over $37.1 billion, but its performance lagged behind its peers: The University earned an 8.1 percent return in fiscal year 2017, the lowest returns in the Ivy League. Steep write-downs brought returns down from more than 11 percent to 8.1 percent. The board agreed on $1 billion in write-downs of natural resource investments.

In Harvard’s 2017 financial report, N.P. “Narv” Narvekar wrote that “deep structural problems at HMC” and “significant issues in the portfolio” were responsible for the poor returns. Since taking over as CEO of Harvard Management Company—the university’s investment arm—in Dec. 2016, Narvekar has enacted a number of changes in strategy and management. He moved the endowment from a silo strategy, in which individual managers focused solely on their portfolio, to a generalist model in which all managers are responsible for net returns.

Narvekar also pushed to outsource HMC’s money managers—multiple hedge funds spun off from HMC and Narvekar announced in 2017 he would lay off half of his 230-person staff. Harvard’s in-house real estate team will move to Bain Capital in February, but will continue to invest Harvard’s money.

In the NACUBO-Commonwealth report, NACUBO President and CEO John D. Walda cautioned against reading too much optimism into the jump in returns, citing the endowment tax and changes to charitable giving laws in the new tax law Republican lawmakers passed in December.

“Despite this year’s higher returns, we remain concerned about the continued long-term results for most endowments,” Walda wrote in the report.