Some analysts say a president from outside the University would bring a fresh point of view and might be better able to navigate federal scrutiny while wielding global clout.
By Caroline S. Engelmayer and Michael E. Xie 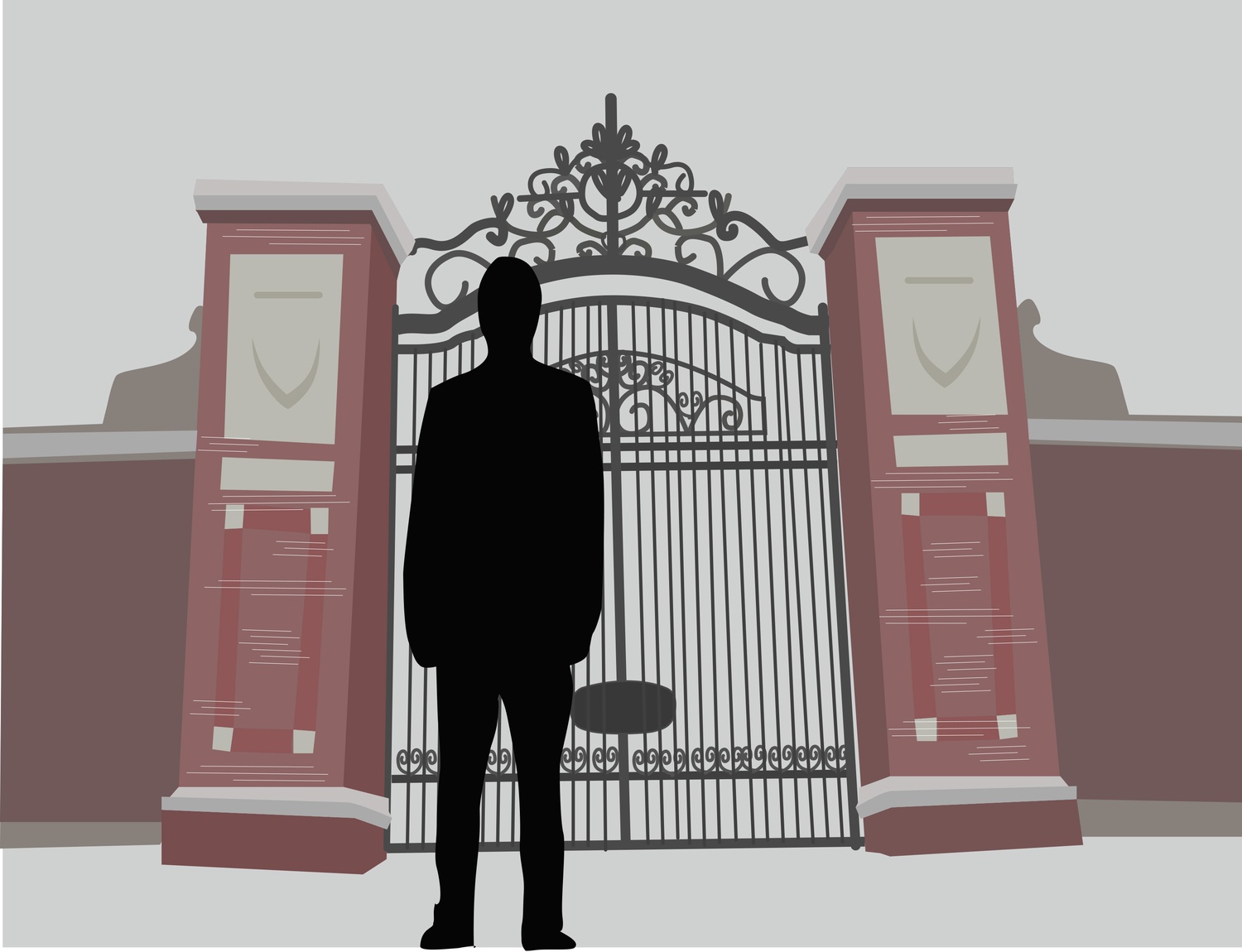 Lawrence H. Summers was long gone from Harvard Yard when he got the call.

Robert G. Stone Jr. ’45—chair of Harvard’s 2001 presidential search committee—phoned Summers to tell him he was the committee’s first choice to serve as the University’s 27th president. Stone later flew to make the offer in person, touching down in Washington, D.C., where Summers had recently wrapped up a stint as Secretary of the Treasury under President Bill Clinton.

A week later, Summers—who earned graduate degrees and taught at the University in the 1980s—accepted. After 10 years away from Cambridge, he would return.

Stone’s foray beyond the gates of Harvard Yard marked a somewhat unusual move for a University presidential searcher. Past Harvard search committees have often stayed close to home, pulling the University’s next leader directly from the ranks of current employees.

Four of Harvard’s last seven presidents were already on the University’s payroll when previous committees handed them the keys to Massachusetts Hall.

Nonetheless, some experts say this year’s search committee should consider candidates external to the University, those who work far from campus. These analysts say Harvard might benefit from an infusion of new talent.

The committee—which began searching for the successor to University President Drew G. Faust over the summer—may be following that advice. In December, The Crimson reported the committee had whittled its candidate pool to under 20 finalists; at least three individuals external to the University may be on that shortlist.

Harvard Medical School Dean George Q. Daley ’82 said in a Dec. 2017 interview that he “expects” to see World Bank President Jim Yong Kim, University of Michigan President Mark S. Schlissel, and Broad Institute President Eric S. Lander on the under-20 list. Kim in particular appears to have caught the committee’s eye—sources close to the World Bank leader say he has been in touch with the committee and is debating the pros and cons of the University’s top job with friends and advisors.

Some analysts say an external choice like Kim affords a few key advantages: A candidate with top credentials in a non-Harvard role would bring a novel point of view and might be better able to navigate federal scrutiny while wielding global clout.

The search committee likely looked at external candidates from the beginning, according to John W. Etchemendy, a former Stanford provost who has advised past Harvard searchers.

Etchemendy—a candidate in Harvard’s 2007 presidential search—said he thinks one of the group’s first steps involved compiling a list of provosts and presidents at other universities and combing through the document for hours.

He said he thinks seeking an outsider is a smart move.

Some Medical School professors said they also think an external candidate would be a boon to the University. They pointed in particular to the fresh viewpoint Kim would bring to the job, if the committee selects him.

“He would create some new programs that the rest of us haven’t thought of yet,” said Marshall A. Wolf, who worked with Kim at Brigham and Women’s Hospital.

John G. Meara, a professor of Global Health and Social Medicine, wrote in an email in January that he thinks Kim would likely have the “courage” to take a hard look at Harvard and make the difficult changes and decisions any large university might need.

Judging by their backgrounds and past interviews, some of the University’s 15 searchers might also prefer a president hailing from outside Harvard Yard. Some members of the search committee themselves lack educational or professional ties to the University.

“I think if you’re as important to the country as Harvard is you probably need to take a look at whether you should only have Harvard graduates doing certain things,” Rubenstein said in a May 2017 interview. “Harvard has had a number of presidents, for example, who did not go to Harvard.”

“I’m not a Harvard graduate and I hope that they’ll think there’s a plus in that because I can bring to the table the perspective of somebody who didn’t go to Harvard,” he added.

A Lobbyist and a Globalist

Havard’s next president will inherit a bouquet of federal and legislative challenges, ranging from a Department of Justice probe into Harvard’s admissions practices to Republican legislation that could prevent the University from enforcing its penalties on single-gender social groups.

Faust spent considerable time during the final year of her presidency in the role of congressional lobbyist, traveling to D.C. to meet with lawmakers like Speaker of the House Paul Ryan.

It seems likely Faust’s successor will need to do the same. Some experts say the national political climate means Harvard’s next president must be politically savvy and experienced at navigating the legislative process. An external candidate with government chops could better serve this role, some said.

“A lot of folks in the elite liberal circles just don’t understand how we can be in this situation and I don’t claim to fully understand why we are—I’m amazed by it as well,” said Rudy N. Brioché, a former director of the Harvard Kennedy School Alumni Organization. “Being able to engage it and navigate it requires someone who has a certain level of comfort with the government, with the policy-making process, and to be very much a part of that.”

While familiarity with the government might be helpful, the University’s next leader also has to be somebody whose understanding and reputation extend beyond the borders of the United States, some professors and alumni said. These criteria, too, may be more likely met by an external candidate, according to analysts.

Brioché said he wants a “globalist,” someone who has spent a lot of time in far-flung locales around the world.

Arthur M. Kleinman, a professor at the Medical School, agreed. Kleinman said he wants a candidate who will “globalize” Harvard.

The next president should be “committed to taking on the major issues in the world,” he said.

‘The Best of Both Worlds’

The line between internal and external candidates is not always clear-cut.

Often, external contenders for the Harvard presidency—those employed outside the school during the search process—previously worked at or received degrees from the University.

Harvard’s 26th president, Neil L. Rudenstine—a top executive at the Mellon Foundation when he got the nod for the University’s premier job—taught at Harvard in his thirties. Nathan M. Pusey ’28, who preceded Rudenstine, earned undergraduate and graduate degrees from the University, though he was working as president of Lawrence University when he decamped for Massachusetts Hall.

Etchemendy said he thinks presidential candidates who can bring both Harvard and non-Harvard experience are most likely to fill the role well.

“Sometimes you do get cases where the person… went to Harvard, or spent half of his or her career on the Harvard faculty but then went someplace else and is coming back,” Etchemendy said. “Then you do get a little bit of the best of both worlds because the person knows the institution—maybe not current players—but at least knows the institution and also brings outside perspective.”

To others, the issue of internal or external is unimportant. Some search experts and professors said Harvard’s searchers should give little thought to the extent of candidates’ prior experience at the University.

“I do not believe that internal vs external is the big issue. It is just one factor in the analysis,” Stein wrote. “Even with a great internal candidate, you would still go through the full search process.”

Jonathan M. Hansen, a senior lecturer in social studies, agreed, though he took a slightly more cynical view of the process

This article has been revised to reflect the following corrections.

A previous version of this article incorrectly identified the chair of Harvard's 2001 presidential search committee as Roger G. Stone Jr. '45. In fact, his name was Robert G. Stone Jr. ’45.

A previous version of this article also incorrectly asserted that former University President Lawrence H. Summers was working as Secretary of the Treasury when he got the nod for Harvard's top job. In fact, he had finished at the Treasury two months before he got the offer.