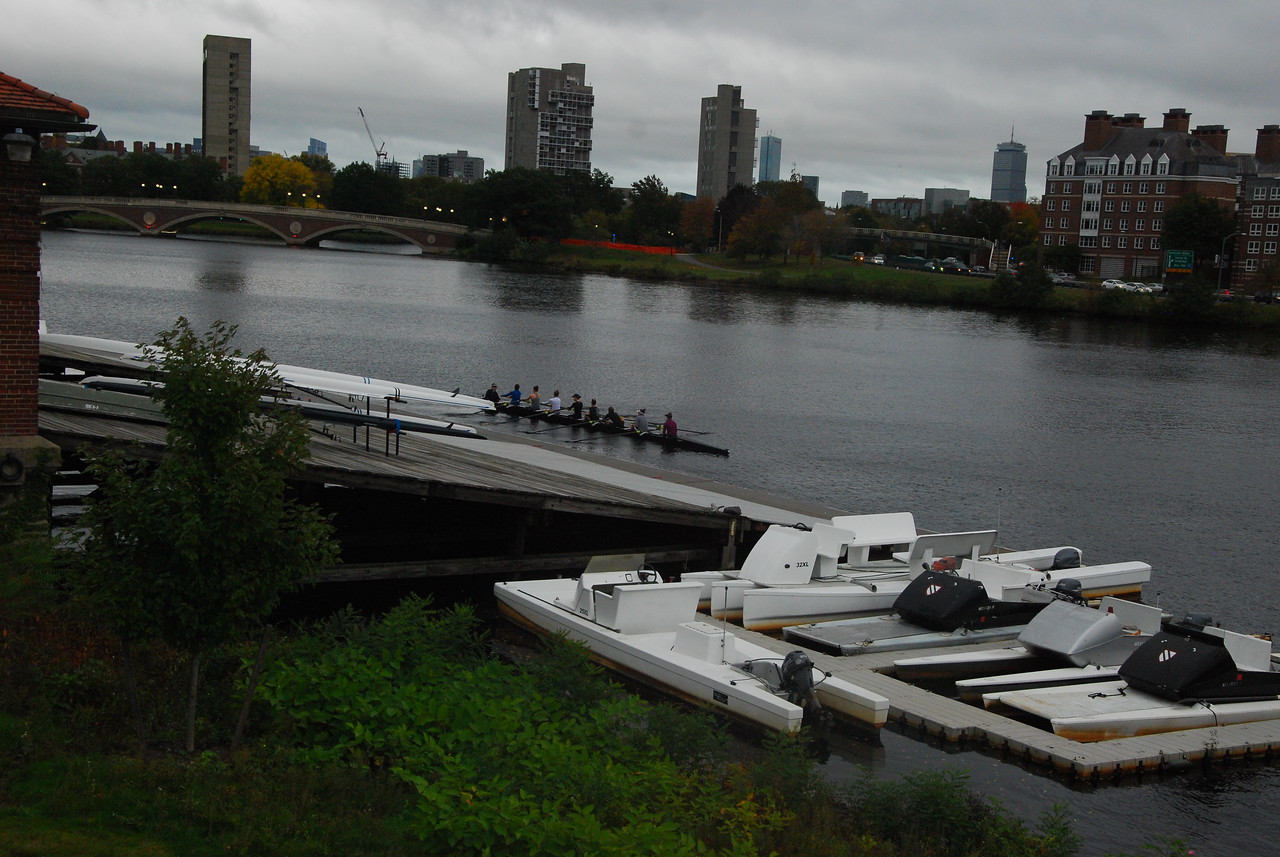 What's in a Name?: The Persistence of Radcliffe Crew

By James Joyce, Contributing Writer
The term Radcliffe carries a symbolic value of resilience, according to former alums. By Kathryn S. Kuhar

Moscow was colder than the women in black had expected.

The Radcliffe crew team had just landed in Russia for crew’s premier competition, the 1973 European Rowing Championships. Two months before, the women had cruised down the Schuylkill to win the national championship, clinching the right to represent the United States in Moscow. The team, having formed a mere two years prior, was certainly not expected to come out of Philadelphia victorious. Nevertheless, a combination of determination and hard work propelled the women to the world’s podium, a stage on which summertime temperatures were dropping below 50 degrees.

“We were wearing a very ragtag collection of warmups, the kind we all wore to practice,” said Charlotte Crane ’73, a senior on the team at the time. “However, we were told [by officials] that we could not practice unless we had matching uniforms, which the men had, but we didn’t. We actually had to ask the men for the turtlenecks from their dress uniforms so we’d have warm-ups to wear.”

That story best sums up how the Radcliffe crew team was treated at the time: underfunded, disrespected, and unexpected.

Radcliffe College was officially founded in 1879 as the female companion to the all-male Harvard College. The two schools remained separate until the 1960s, at which point the women’s college began to merge with Harvard, a process that was formally completed in 1999. Today, pieces of Radcliffe can still be seen on Harvard’s campus. There’s the Radcliffe Quadrangle, the Radcliffe Institute, and, of course, Radcliffe crew, an organization that was rebirthed in 1971.

“When we first started, we were treated more like a house crew than a varsity sport, so we had to pick our boats after the [intramural teams] did,” Crane said. “The boats we were left with were probably twice as heavy as the average house boat and three times as heavy as the men’s team’s state-of-the-art boats.”

However, the women on the team weren’t concerned with the disparities between how they and the Harvard team were treated. Rather, they were much more focused on the actual sport.

“[The Radcliffe team] became a very close-knit group,” said Debbie Weil ’74, who walked on to the team just as the merger between the two schools was beginning. “I don’t think we spent a lot of time thinking about the politics of it — you just showed up, worked hard, and got blisters all over your hands.”

That all changed in 1974. The merger agreement between Harvard and Radcliffe involved combining their athletic programs under the Crimson’s system. However, Harry Parker, the coach of the men’s crew team, “didn’t want anything to do with women,” as Weil put it. Thus, the women’s crew team became a part of Harvard College — under the same roof as, but separate from, the men’s team. This left the women in black with one question: would they take the Harvard name, or remain Radcliffe Crew? 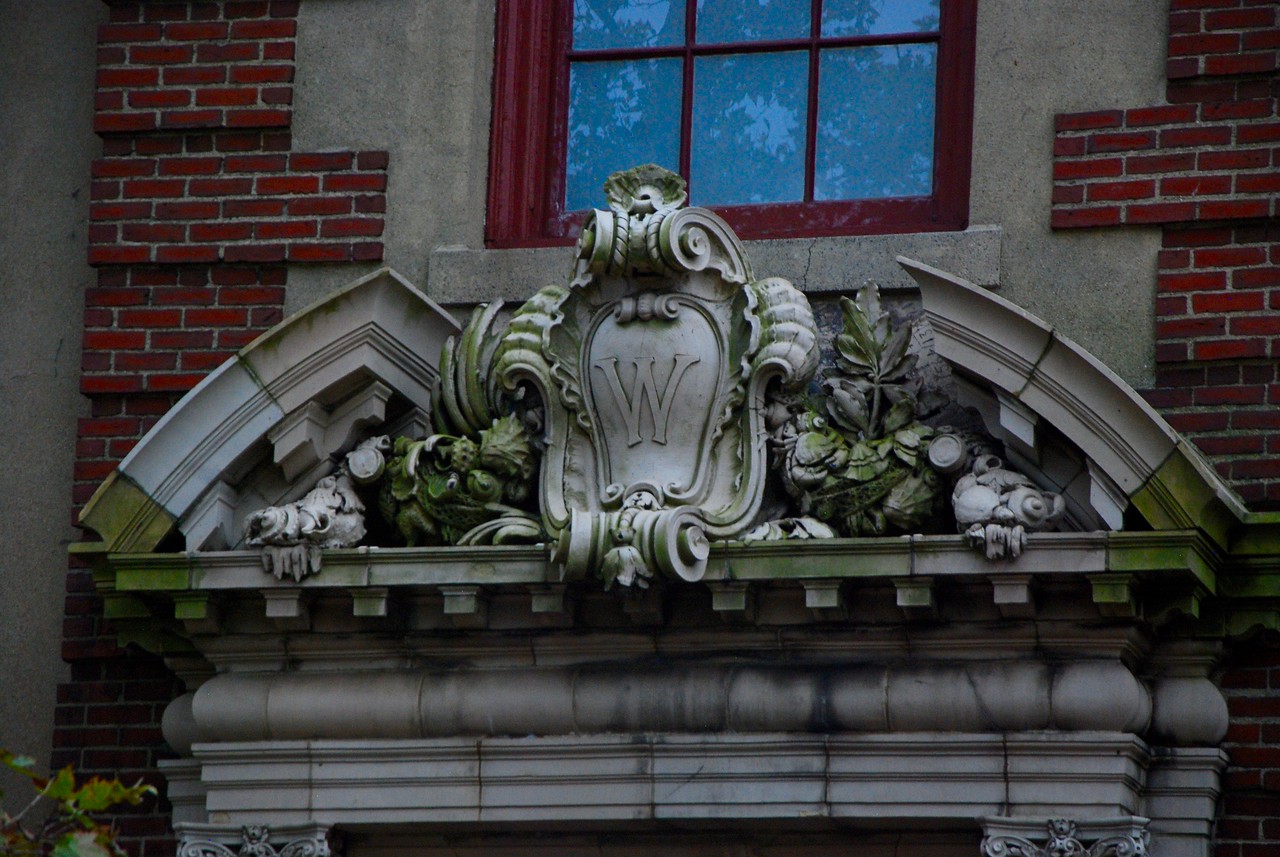 When Harvard and Radcliffe College merged in 1974, the men's crew program was resistant toward a similar union with the women's side. By Kathryn S. Kuhar

“The question was… posed to all of the Radcliffe teams at the time, did they want to be Harvard women or Radcliffe?” said Peter Huntsman '74, Radcliffe’s lightweight crew coach from 1974 to 1979. “All the other teams voted Harvard; not the crew [team]. We stayed Radcliffe and maintained our team identity as the Black and White.”

At its core, the reasoning behind this decision involved the imbalance of resources afforded to the women’s team in comparison to those given to the men’s team. The women of Radcliffe did not take lightly to the Crimson’s lack of hospitality toward its newest program.

“We were more than a little annoyed that we didn’t have a shell, oars, uniforms, travel money, and weren’t allowed into Newell [Boathouse]… as the men were,” said Constance Cervilla ’74 of her team’s treatment by Harvard. “We decided that therefore we’d embrace being Radcliffe athletes.”

Harvard’s discrimination against the newest members of its college, however, was just as prevalent on campus as it was on the river. For the women from Radcliffe, obtaining a Harvard diploma was no piece of cake.

“I was expressly told by the chair of the math department that women didn’t major in math at Harvard,” Ruth Colker ’78 said. “In that atmosphere, I was proud to wear the Radcliffe name and had little interest in associating with Harvard.”

For the members of the Radcliffe crew team, the name “Radcliffe” embodied much more than just a college. To them, it was a symbol of having overcome adversity to become one of the most well-respected teams in women’s crew.

“The Radcliffe rowers… were justifiably proud of having, in three years, won a national championship and being given the honor of representing the US,” Huntsman said. “They very much wanted to maintain an identity distinct from the rowers at Newell. Within the community of women’s rowing programs in the 1970s, the name Radcliffe was special. It had, and it continues to have, a cachet that sets it apart from all of the various ‘women’s programs’ at other universities. You don’t need to attach ‘women’ to Radcliffe: it stands alone.”

The impact of the original Radcliffe rowers stretches beyond their simply being the first members of the women’s team. Rather, those currently on the women’s rowing team still recognize the lasting effects that their predecessors’ naming decision has had on Radcliffe crew.

“We’re the only original team that kept the Radcliffe name, which is pretty cool,” said Julia Davis ’19, a current senior on the team. “It’s basically a testament to our strong, womanly roots.”

Today, the Radcliffe name symbolizes the difficulties faced by the earliest pioneers of women’s crew in Cambridge.

“While Harvard Athletics today is absolutely wonderful to all athletes, men and women… [Harvard College] did not embrace women student athletes before Title IX,” Cervilla said. “We were proudly the Radcliffe crew — proud of what we were able to do with homemade uniforms and weights, borrowed equipment, and Alumnae funding. I think there was probably a pre-Title IX parenthetical message in ‘Radcliffe’ which was ‘not Harvard’. Today, that wouldn’t be necessary.”

As Radcliffe crew competes in the 54th Head of the Charles Regatta this weekend, they will row in their own state-of-the-art boats, launch from their own boathouse, and dress in their own, turtleneck-less uniforms, black-and-white emblems proudly displayed on each and every one. The banks of the Charles will be lined with students, male and female, cheering for the teams from Harvard College, an institution that will forever be crimson-stained by the struggles faced by those women in black.