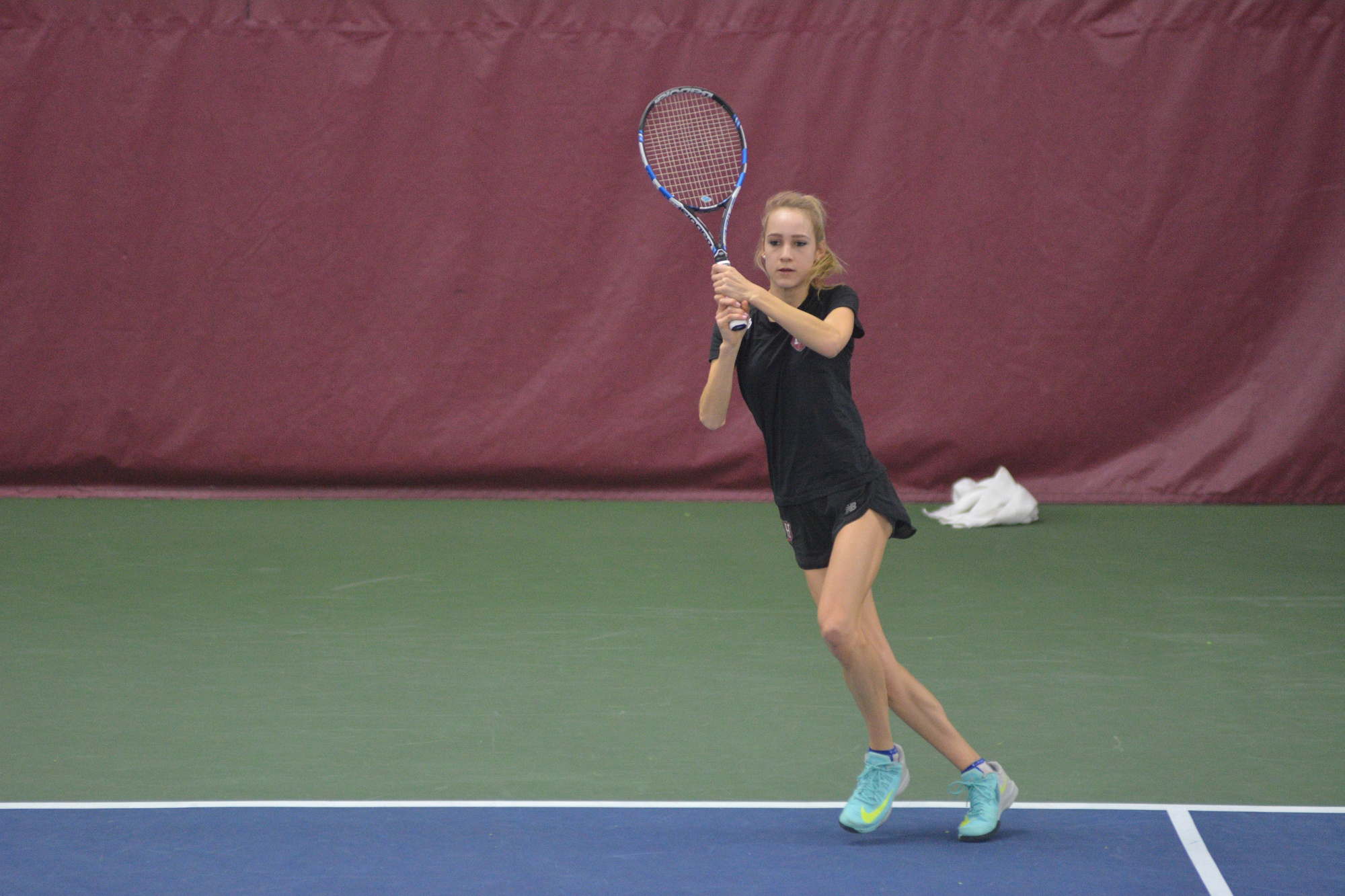 It’s coming down to the wire in freshman Harry Walker’s second match in the singles portion of the Dartmouth Big Green Invite. After a tough battle in an incredibly contested match, Walker ultimately pulls away with a win that sends him to the finals of his flight — a final match from which he also emerges victorious in an equally close fashion, 6-4, 6-3 against freshman Owen Lu of Boston University.

“The [second round] match was tight the whole time, and it came down to just a couple of points,” said Walker, the South Salem, N.Y., native. “That really gave me confidence for the final.”

This performance was indicative of the entire Crimson men’s tennis squad’s showing over the weekend. Senior Michael Peters also won the championship of his flight, dominating the court against freshman J.P. Avila, also from Boston University, in a 6-0, 6-1 victory. Walker and Peters commanded their flight as a doubles team, defeating two teams from Buffalo to take home the championship. The two were undefeated in all matches over the weekend, in both singles and doubles. Additionally, senior Samuel Beren moved past Brown University junior Peter Litsky in an impressive third set tie-breaker, but fell in the semifinals of his flight.

“Everybody was serving and returning very well. This gave us the upper hand and put a lot of pressure on our opponents,” Walker said. “We [also] adjusted well to the indoor courts, having not played indoors very much. We just [have to] stay more aggressive and stay focused when we’re up.”

Harvard will look to ride out this momentum as the fall season begins to come to a close at Wake Forest in the second week of November.

“It was a very strong weekend to build off of,” Walker added. “It was really great to see everybody supporting each other.”

Back home at the Murr Center Tennis Courts, the women’s tennis team had an equally strong showing as the men did on the road. In the Harvard Fall Scramble, Harvard played against Fordham, Seton Hall, and Rhode Island on days one, two, and three, respectively. Across the three days, the Crimson won eight doubles matches and 15 singles matches — seven of which were won by first years. The presence of first-years on the court was undeniable.

“This was our first home tournament for the freshmen, and they all had strong performances,” junior Lexi Milunovich said. “We really supported each other.”

It was not just the first years that found success on the courts, however. Milunovich took home two straight-set victories against Fordham and Seton Hall, as well as a 6-3 doubles win against Fordham with her partner, sophomore Anna Li. Li picked up a second 6-3 doubles win against Rhode Island, and two straight-set singles wins against Rhode Island and Seton Hall. Junior Irene Lu, senior Isabel Jasper, sophomore Neha Gupta, and junior Natasha Gonzalez all also had commanding showings on the court, racking up three wins apiece.

In the weeks following, the women’s team will be preparing for the homestretch of the fall season. During the first weekend in November, the Crimson will host another tournament on its home court: the Harvard Invitational. This will be the last tournament in the season, and that Harvard team will certainly be looking to end the fall on a good note.

“It was a really exciting weekend,” said Milunovich, the New Canaan, Conn. native. “And we’re ready for our next home matches in the Invitational.”