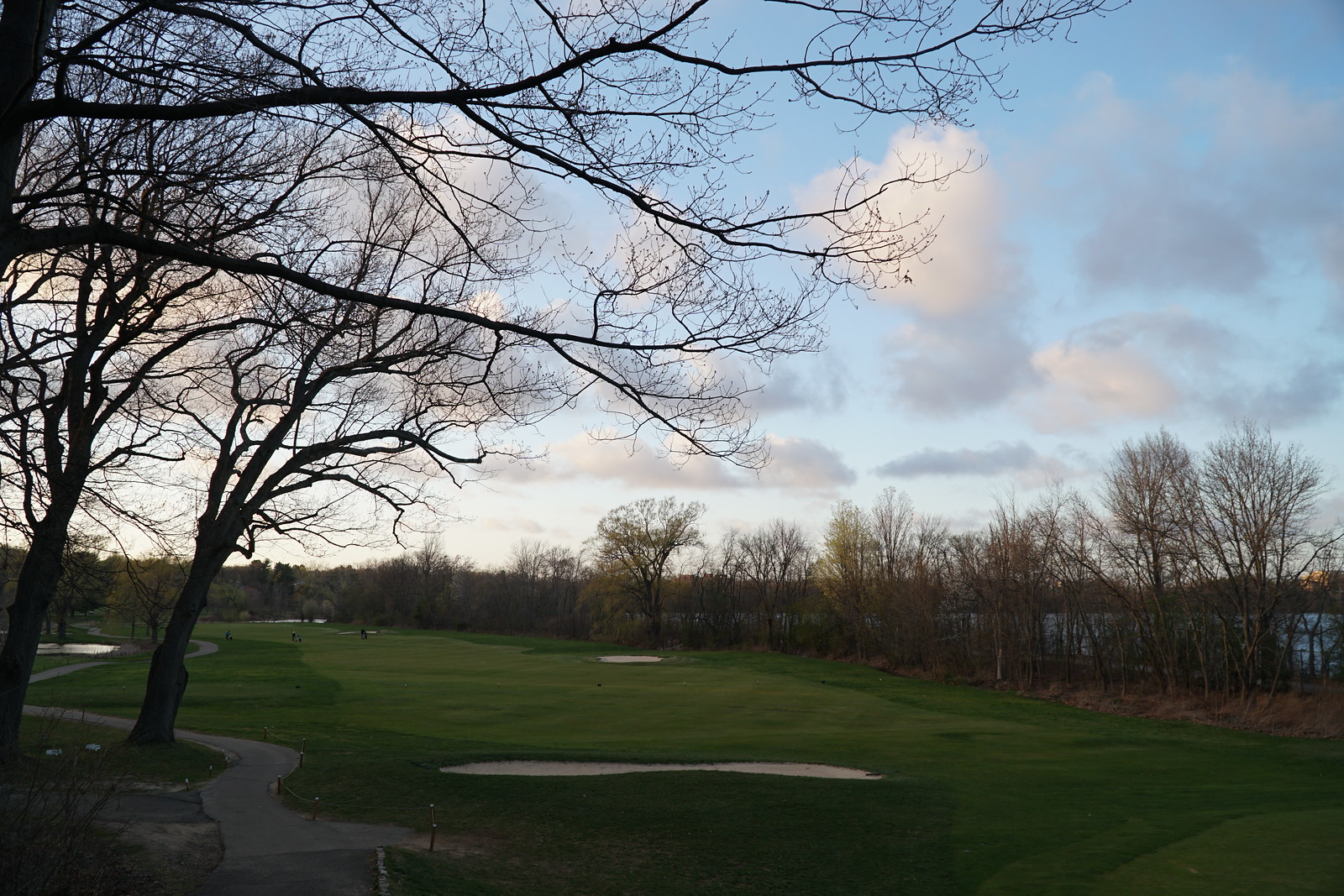 The Crimson will look to build on a seventh-place finish while it rehabilitates from injuries. By Ryosuke Takashima
By Connor J. Wagaman, Contributing Writer

The Harvard men’s golf team came up short during a weekend trip to New Haven, Conn., for the 54-hole Macdonald Cup, placing seventh out of 14 teams.

Junior Rij Patel finished sixth overall to lead the Crimson with a score of 207 (70-70-67). The Hunt Valley, Md., native shot four birdies on Sunday afternoon to offset his even-par Saturday rounds for a tournament total of three under par.

Rookie sophomore Oliver Cordeiro leveraged a five-birdie Saturday afternoon round to place second for Harvard with a three-round total of 218 (72-69-77). Cordeiro excelled on par three holes, averaging a third-best 2.75 strokes per hole over the length of the tournament.

University of Illinois led the field wire-to-wire, winning each round and finishing a comfortable seven strokes ahead of second place Yale.

In the words of captain Aurian Capart, who placed fourth overall at last year’s Macdonald Cup and contributed a third-best 228 at this year’s contest, Patel “played terrific.” Faced with a tough Sunday round where no team posted its best score, Patel managed to go three under par to jump nine spots in the individual leaderboard, from 17th entering Sunday to sixth by the tournament’s close.

Patel credited his success to playing “precise, target golf,” a necessity on The Course’s big greens and treelined fairways. “I hit solid putts and stayed patient all Saturday, and managed to make a couple more clutch par saves on Sunday,” Patel said.

This marked the close of a four-year stretch of Harvard domination at The Course, with a runner-up finish in 2014, back-to-back victories in 2015 and 2016, and a third-place finish a year ago. The Crimson’s last placement outside of the top five was in 2010, when Harvard also finished seventh out 14.

The Crimson’s challenges this season are due in no small part to injuries. Junior Ryan Rhee suffered a knee strain early in the season and has been unable to compete in each of the last three contests. Sophomore Grant Fairbairn, who posted a stellar debut as a freshman, was unable to travel for the first tournament of the year and missed the first round of the Macdonald Cup on Saturday.

Patel, who earned Second Team All-Ivy Honors last year, maintains an optimistic outlook for future tournaments. “We’ve had a couple guys battle injuries, but everyone is starting to feel healthy for the final stretch of the season,” he said. “Although we were a smaller squad, we played with grit and became closer as a team.”

Other members of the Ivy League found varying degrees of success at The Course. Yale led the Ancient Eight, placing second overall with 832 points. Princeton fell in 15 points behind at third before Stirling and Boston College broke up the Ivy League clumping, placing fourth and fifth respectively. Penn, Harvard, and Brown all finished just outside of the top five, each team separated from the next by a single point. Bucknell, the champion of last week’s Quechee Club Collegiate Challenge, placed ninth, with Colgate and Yale B tying to round out the top ten.

The Crimson closes out the fall season on Oct. 13 with a 36-hole Ancient Eight tournament against Yale and Princeton at the Rockaway Hunting Club in Lawrence, N.Y. on Long Island. The team then returns to play in March.