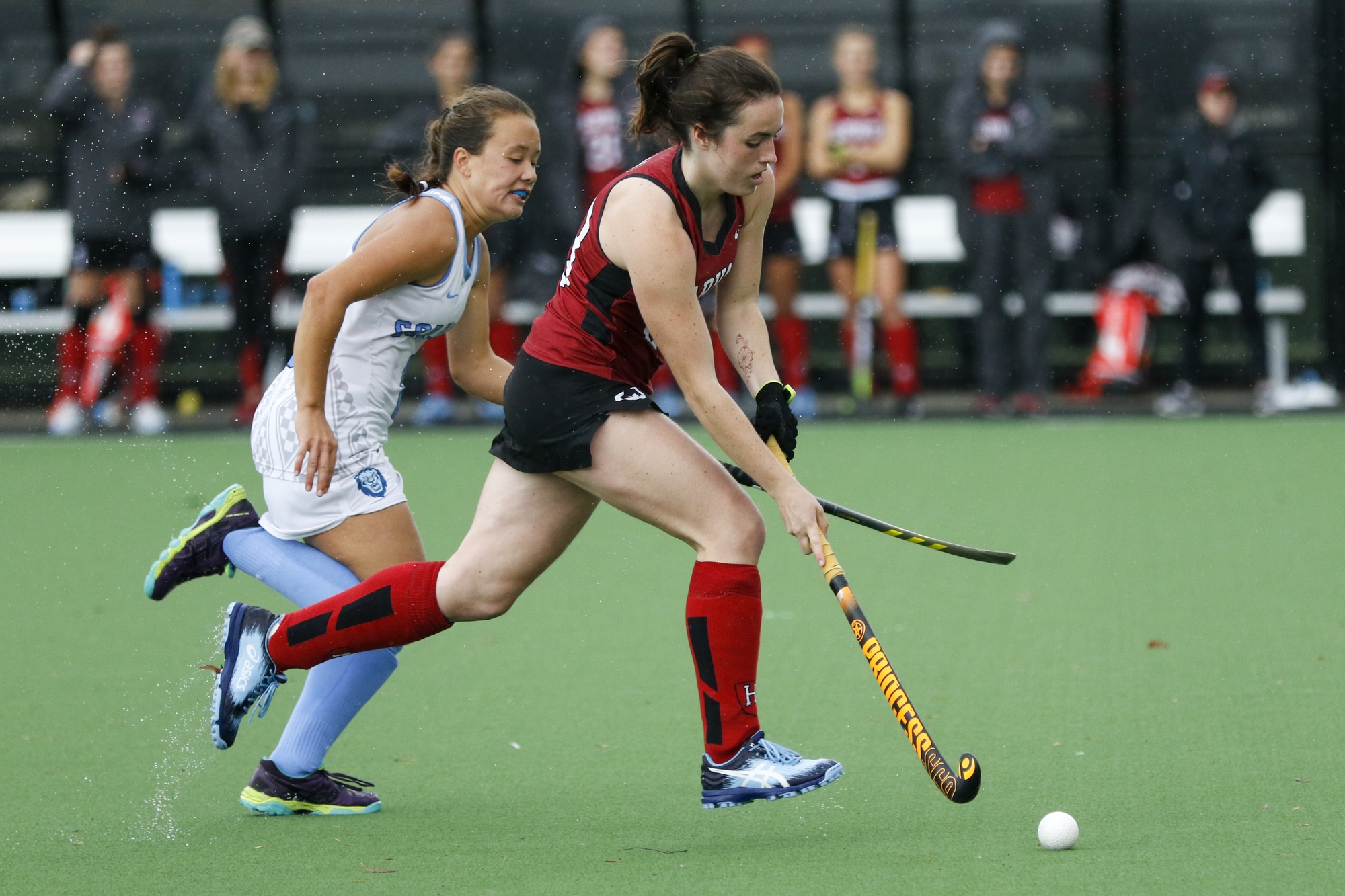 On Sunday afternoon, the curtain fell on a record-setting season by No. 6 Harvard field hockey as the Crimson came up short, 1-2, against No. 3 Princeton in Harvard’s first-ever NCAA quarterfinal match.

“It was a really great season to be a part of,” co-captain forward Kathleen Young said. “What I was really proud about is how we were able to elevate our game with every competition, and we really rose up to challenges, whether it was BC, or Princeton the first time around. Even our loss to Maryland was really stepping out of our comfort zone as a team and kind of establishing ourselves as a winning program.”

Harvard’s seniors, who played their final game in a collegiate uniform on Sunday in Princeton, N.J., set a record of their own, notching 51 wins across their four years with Harvard, the most by any group in program history.

“I couldn’t be prouder of the seniors,” coach Tjerk van Herwaarden said. “They took a chance on Harvard field hockey. Five or six years ago [when the seniors committed], we were number 50 or number 60 in the nation, and the leaders established this program to what it is right now.”

The Crimson and Tigers’ goal-scoring abilities emerged as forces to be reckoned with over the course of the season, with 3.7 and 3.3 goals per game, respectively. However, in this matchup between two teams defined by offensive production, the season came down to defense.

A save by senior back Olivia Allin, the second of her career and the first save of the game by either side, shut down a chance from Princeton (15-4, 6-1) in the sixth minute and set the defensive tone for the half.

Both back lines were impenetrable for the first 35. The Tigers held Harvard to two shots and the Crimson returned the favor, allowing only five shots by Princeton. The half ended, scoreless, with no clear leader.

A green card against the Tigers four minutes into the second half offered the Crimson an opportunity to build momentum. Carefully calculated passing outside the arc gave the Harvard time to set up. By the time sophomore midfielder Tessel Huibregtsen found junior forward and Ivy League scoring leader Maddie Earle in the box, everything was positioned perfectly.

Princeton’s green card expired, and Earle chipped a short pass to Young, who stretched and dove. The ball, tapped by Young’s stick, skimmed by junior goalie Grace Baylis and into the back of the net in the 42nd minute.

Unyielding defense from both sides marked the next stretch, with the Crimson managing one shot and the hosts two in the next 17 minutes. Then, a penalty was called on Harvard.

“I think we prepared well, and we were ready for [Princeton],” van Herwaarden said. “We got an unlucky momentum shift when they got [the penalty] stroke.”

Princeton gave the shot to sophomore midfielder Julianna Tornetta, who entered the game with a perfect four-for-four penalty stroke conversion this season. Despite freshman goalie Ellie Shahbo’s number one in the nation save percentage, Tornetta managed to sneak the ball past to tie the game.

Harvard shut down two penalty corners, but the third proved to be the charm for Princeton. Six minutes after her game-tying goal, Tornetta struck again. A behind the back slice to junior back Maddie Backsai, a long drive skirting by Shahbo, and Harvard’s fate was sealed. Neither side managed to get a shot off in the remaining five minutes before time expired.

“We all feel really fortunate to be part of the team this season,” said co-captain Kathleen Young. “When we all committed to this program [five or six years ago], we were ranked 50s, 60s…. To be here for that meteoric rise has been really special.”

With this season in the books, and with strong talent across the freshman, sophomore, and junior classes returning for 2019, the Crimson’s field hockey’s journey is far from over. Earle led the Ivy League in goals scored, with junior midfielder Bente van Vlijmen second, while Shahbo led the nation in goals against average and save percentage.

“Although right now it’s painful, it hurts the way it ended, the future looks bright, and the season has told us that,” van Herwaarden said.

First, though, van Herwaarden plans to appreciate all they achieved in a truly historic season.

“I think it’s first time to celebrate what we were able to accomplish, and look at those things before we move on to what’s next,” he said.