Plays of the Week: Harvard Edition 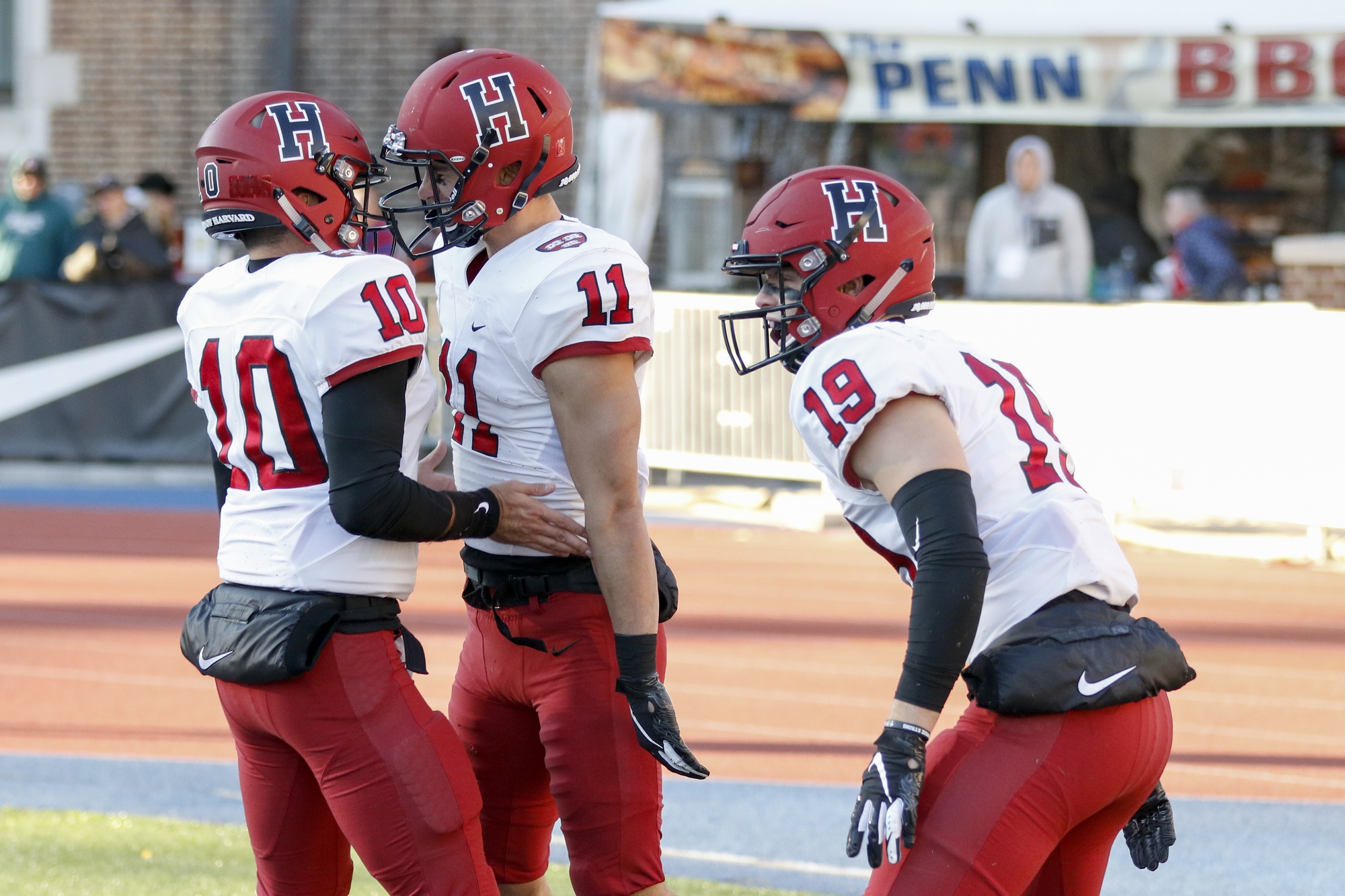 This week in Harvard sports marked the end of the road for some teams and the turning of a new leaf for others. As the Crimson football squad gears up to take on their nemesis this weekend on the gridiron, the Harvard hockey team kept fans on ice this Friday with a nail-biter against the Bulldogs.

Here are your top three plays of the week.

If Harvard defensive back Max Jones’s first-quarter interception for the Crimson this past weekend is any indication of how the team will perform against Yale at Fenway, the Bulldogs of New Haven are in for a toilsome time this weekend.

After a gust of wind pushed a pass from Harvard quarterback Tom Stewart into the hands of Pennsylvania defender Conor O’Brien early on in the Crimson’s match against the Quakers, Harvard was thirsty for revenge. For the competitors in crimson, not only did this payback come in the form of victory against Penn – their first win against the Band of Brotherly Love since 2014 – but a smooth catch from Jones evened out the battle for interceptions between the two teams.

Quakers quarterback Ryan Glover tossed the pigskin 25 yards up the field for an attempted first down, but Jones effortlessly juked around a Penn receiver to pick up the possession. The Crimson’s dominance was established a few plays later, when running back Charlie Booker III closed the drive to put Harvard on the scoreboard.

#2: TAKING THE BULLDOG BY THE HORNS

Though the Crimson was unable to emerge from the rink victorious this past weekend, the Yale Bulldogs barked up the wrong tree in challenging Harvard forward Lewis-Zerter Gossage.

With 46 seconds left in the second period, Crimson defenseman Adam Fox was just as sly as his surname as he launched the puck over the head of a Yale defender and straight to the stick of Lewis-Gossage. The Montreal native competed the breakaway with a beautiful shot past Yale goalie Corbin Kaczperski, tying the match at two goals apiece.

Harvard went on to bring the Bulldogs to overtime, ending the game in a three-three draw.

It was the first round of the NCAA tournament, and one of the best field hockey teams to ever wear crimson was in it to win it. Even more ready for competition contention was Harvard goalkeeper Ellie Shahbo, crouching between the posts in her typical baby-blue armor.

Within the first few minutes of the Crimson’s match against Penn State, a Nittany Lion ball was launched at the Harvard goal. Only one line of defense remained. Without hesitation, the Crimson’s freshman goalkeeper dove to the turf, Shahbo-ing the Penn State shot and securing a Harvard steal.

Shahbo went on to make six more saves, setting in stone a Crimson victory. Though Harvard fell to the Princeton Tigers in the next round of tournament play, the Crimson squad squeaked into the top ten for the first time in program history.