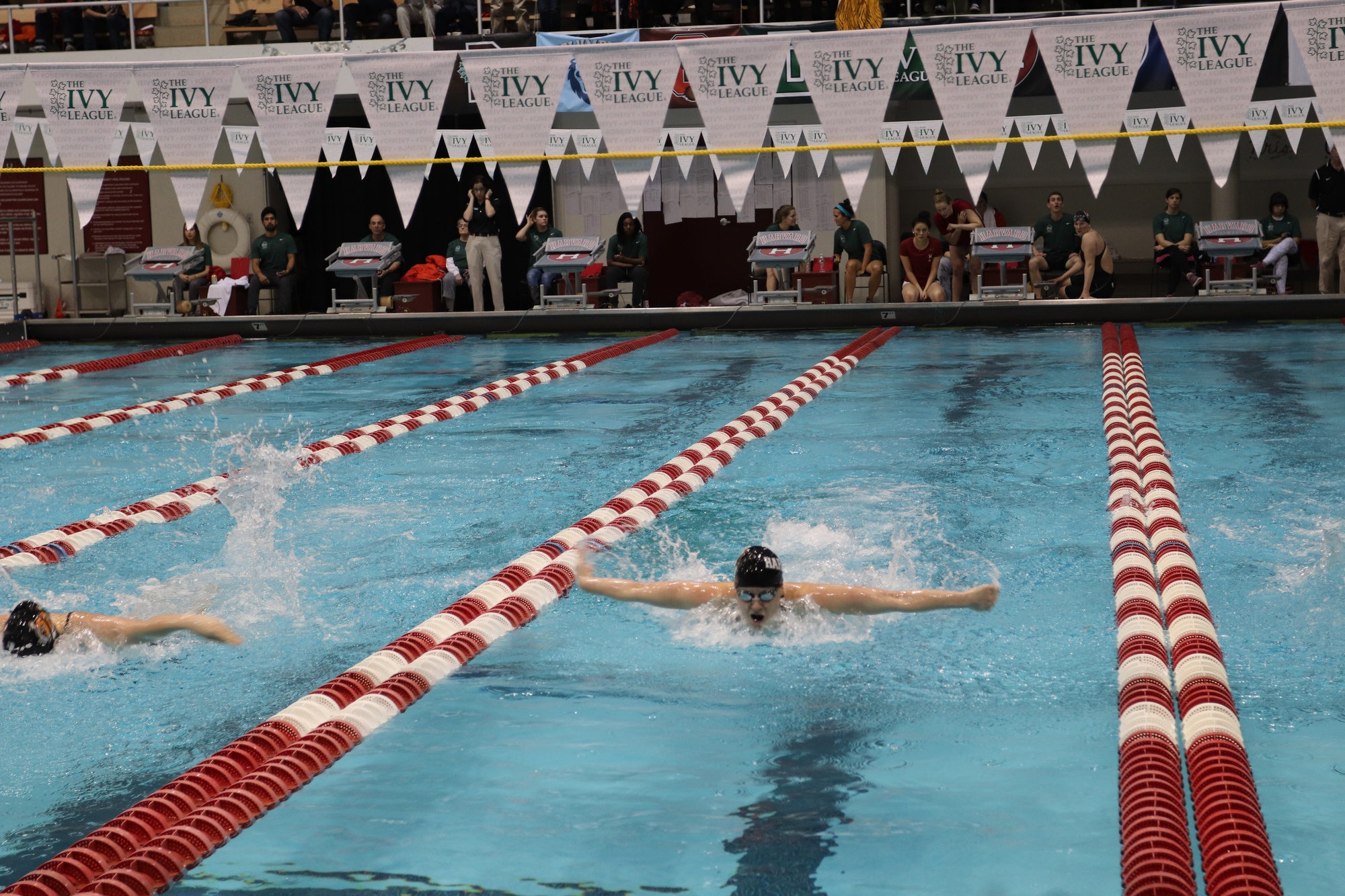 Among those with experience at the international level include junior Dean Farris and freshman Morgane Herculano. By Lu Shao
By Matthew Mu, Contributing Writer

Last season, both men’s and women’s swimming and diving teams captured their respective Ivy League titles. With the offseason nearing its completion, both squads are well placed to replicate the feat in the new year.

After capturing its 25th Ivy League title — its third in five years — the Harvard men’s swimming and diving team is setting high hopes for the upcoming 2018-2019 season. After going undefeated last year in what led up to a near 400-point margin of victory in the Ivy League championships, the team is looking for a third title this season.

“We’re in a really good spot right now in terms of having people who qualified for NCAAs,” senior freestyler Logan Houck said. “Training-wise, a lot of our emphasis is on Ivies as well as NCAAs.”

The 32-member team is welcoming 10 new freshmen, including butterflier Jake Johnson, who competed on the international stage at the 2018 Youth Olympic Games in Argentina on Oct. 6 through Oct. 18. Also new to the team is freshman Andrew Acosta, a butterflier and freestyler from Guaynabo, Puerto Rico, freestyler Daniel Puczko from Chicago, Ill., and freestyler Emmanuel Ngbemeneh from Union City, Calif.

Among the 22 returning to the team is junior Dean Farris, who will represent the United States at the 2019 World University Games in Naples, Italy. Also back for another season is senior distance swimmer Logan Houck, a 2018-2019 USA Swimming National Team member for his 800 Freestyle with a time of 7:54.80. Head coach Kevin Tyrrell was also named a coach for the 2018-19 National Team and will be returning to the helm for the Crimson this season.

“We train 20 hours a week and have weight lifting in addition to the pool,” senior Grant Goddard said. “Also, there are anaerobic practices that work on power, speed, and technique. Most practices are around 5,000 to 8,000 yards.”

In regards to meets during the season, the team has quite a schedule lined up with some heavy travel early in the season.

“We’ll travel down to Texas in early December and have Columbia coming into town at the start of the season,” Goddard added. “We’ll only taper once a season, so that will be either for the Harvard-Yale-Princeton meet or the Ivy League Championships.”

With a possible three-peat looming, the team has taken efforts to not place too much emphasis on a historical record, but rather focus on individual accomplishments and times that will lead to a championship.

“I don’t think we’re putting too much emphasis on the Ivy League Championships until we get a bit closer,” Houck said. “[The three peat] is always in the back of our heads, but we’re going to take every meet as it comes.”

GOING FOR THE ODD

2012, 2014, 2016, 2018: Like the San Francisco Giants, the Harvard women’s swimming team appears to have established a pattern of even-year championships.

“We’re going for an odd year this time, adding 2019 to that list,” sophomore Elizabeth Holmes said. “We’re really excited to go back to back in the Ivies this year.”

Coming off of a 2018 season which ended in a decisive 125.5 point win over the second place Bulldogs in last year’s Ivy League Championships, the women’s side is back with newfound hunger.

“Every year, the team always has a different dynamic to it,” tri-captain Meagan Popp said. “This year, the freshmen have been absolutely amazing and really hard working. It’s been really awesome to have a group of freshmen coming in already knowing what they’re doing.” 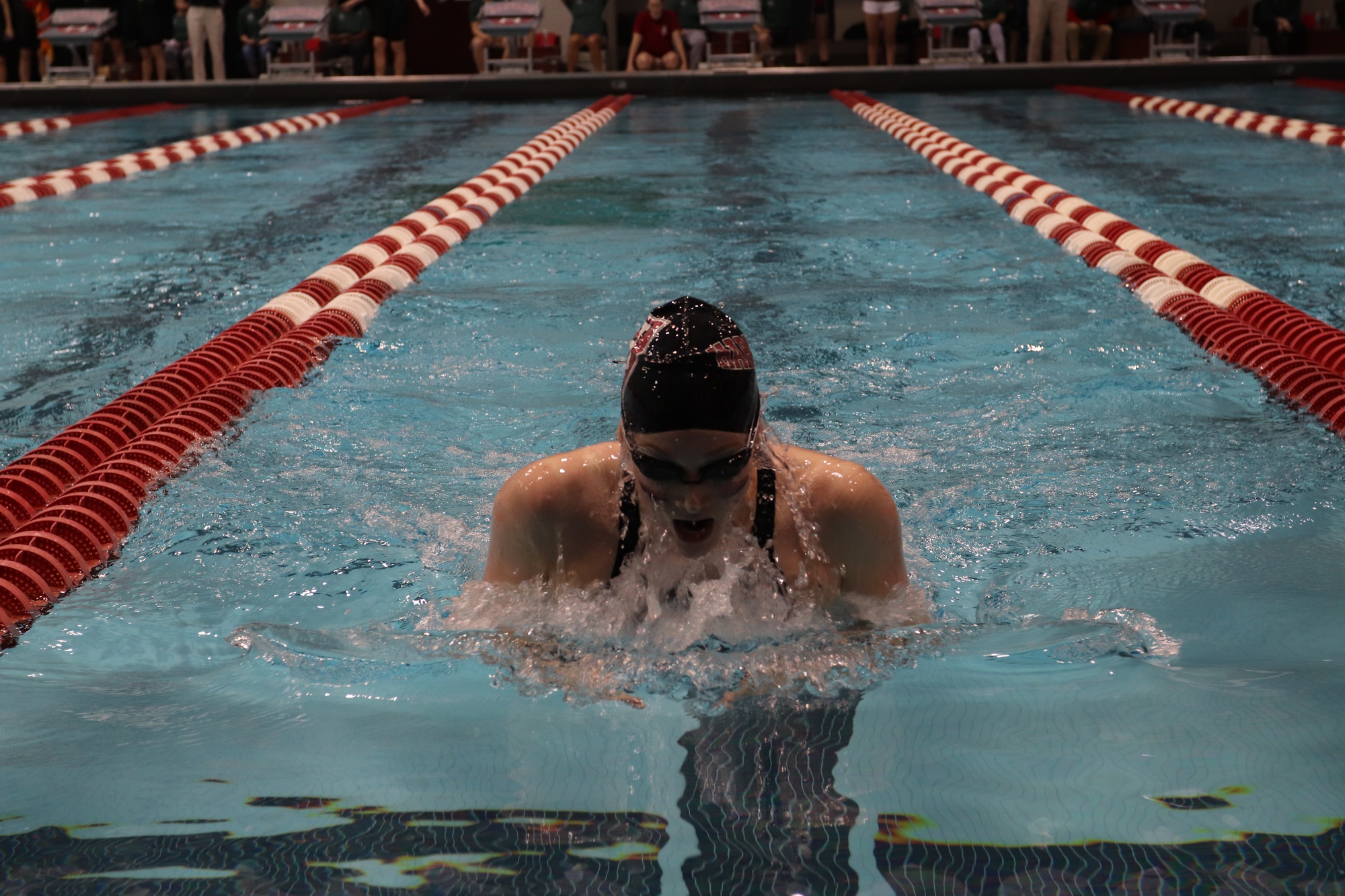 The men's and women's swimming teams will welcome 19 freshmen this season. By Lu Shao

Both Holmes and Popp anticipate lots of opportunities for the team to demonstrate their abilities for the upcoming season, with trips to Hawaii, California, Texas, and along the northeast corridor.

“We’re travelling up to Cornell soon and travel meets are always fun, especially when bringing the freshmen along for the first Ivy League dual meet of the season,” Holmes said. “Our home meet against Columbia during the weekend of Harvard Yale is going to be full of spirit. Also, when we’re racing down in Texas, there’s always a lot of Division I schools that show us what is out there on a NCAA level. And obviously, our end of the season meets, especially the Ivy League championships are super exciting.”

In preparing for the season, the 36-member team has already been in and about the water for several weeks, with preseason starting weeks before the first days of class. As of now, members are focusing on each of their individualized workouts, with the coaches creating specific sets and practices for the sprint groups, mid-distance groups, and distance groups.

“We have some practices where there’s all out sprints with lots of rest and some with long sets for conditioning,” Popp said. “Regardless, the practices are mixed up pretty evenly so that it’s never too repetitive.”

However, there’s more to just swimming for the team, especially when preparing for end of season meets.

“Everyone is in the water for two hours about eight times a week and in the weight room for two one hour sessions a week,” Holmes said. “Outside of the pool, the focus is on making sure that we’re eating well and getting a lot of rest. As we get towards the end of the season, the yardage goes down a lot in practice and there is more focus on power and sprints. Sometimes, we get a couple of practices off near the end of our taper which is really nice.”

With high hopes and an end goal in mind, the Crimson hopes to best its previous season which saw the 2017-2018 championship team receive 13 All-Ivy honors and break six Blodgett Pool records. This year, going back-to-back and the return of the Frank Keefe Trophy back in Cambridge is on everyone’s mind.