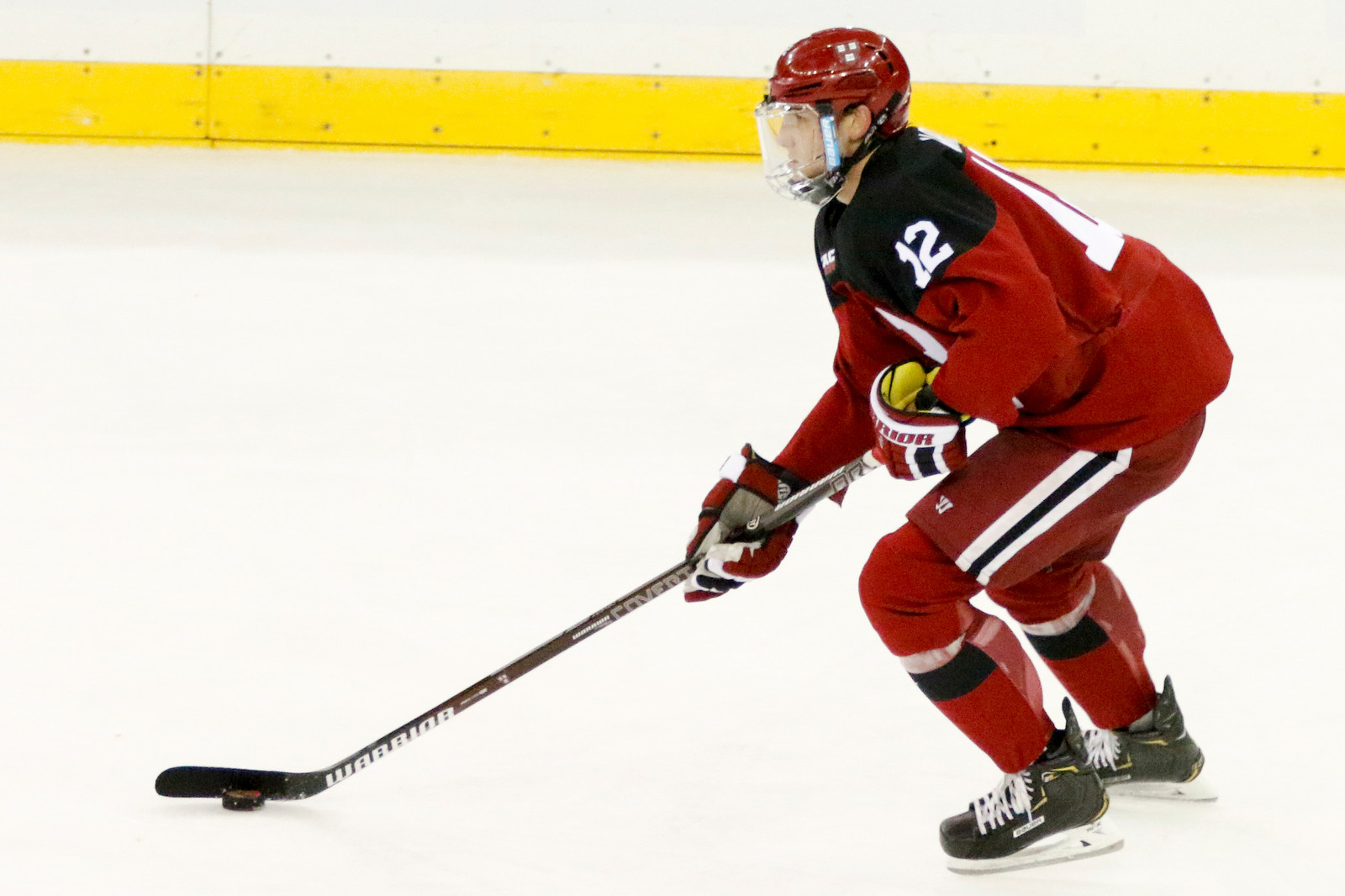 The Crimson looks to avenge a season sweep at the hands of the Raiders in 2017-2018. By Timothy R. O'Meara
By Spencer R. Morris and Stuti R. Telidevara, Crimson Staff Writers

The Harvard men's hockey team battles Colgate on Friday night, hoping to eclipse the .500 mark for the first time this season. The Crimson (3-3-2, 1-2-2 ECAC) dropped both games to the Raiders (3-7-1, 1-2-1) last season, mustrering just one goal between the two contests, marking the first time since 2009-2010 that Colgate swept its season series with Harvard.

The Crimson is fresh off an impressive 4-1 victory over then-No. 15 Cornell last Saturday and owns the NCAA's fourth-best goals per game average (3.88). The squad's ability to put the puck in the net suggests that tonight will be a higher-scoring affair than the team's pair of meetings with the Raiders last season.

Follow the action live from the Bright-Landry Hockey Center with @THCSports: