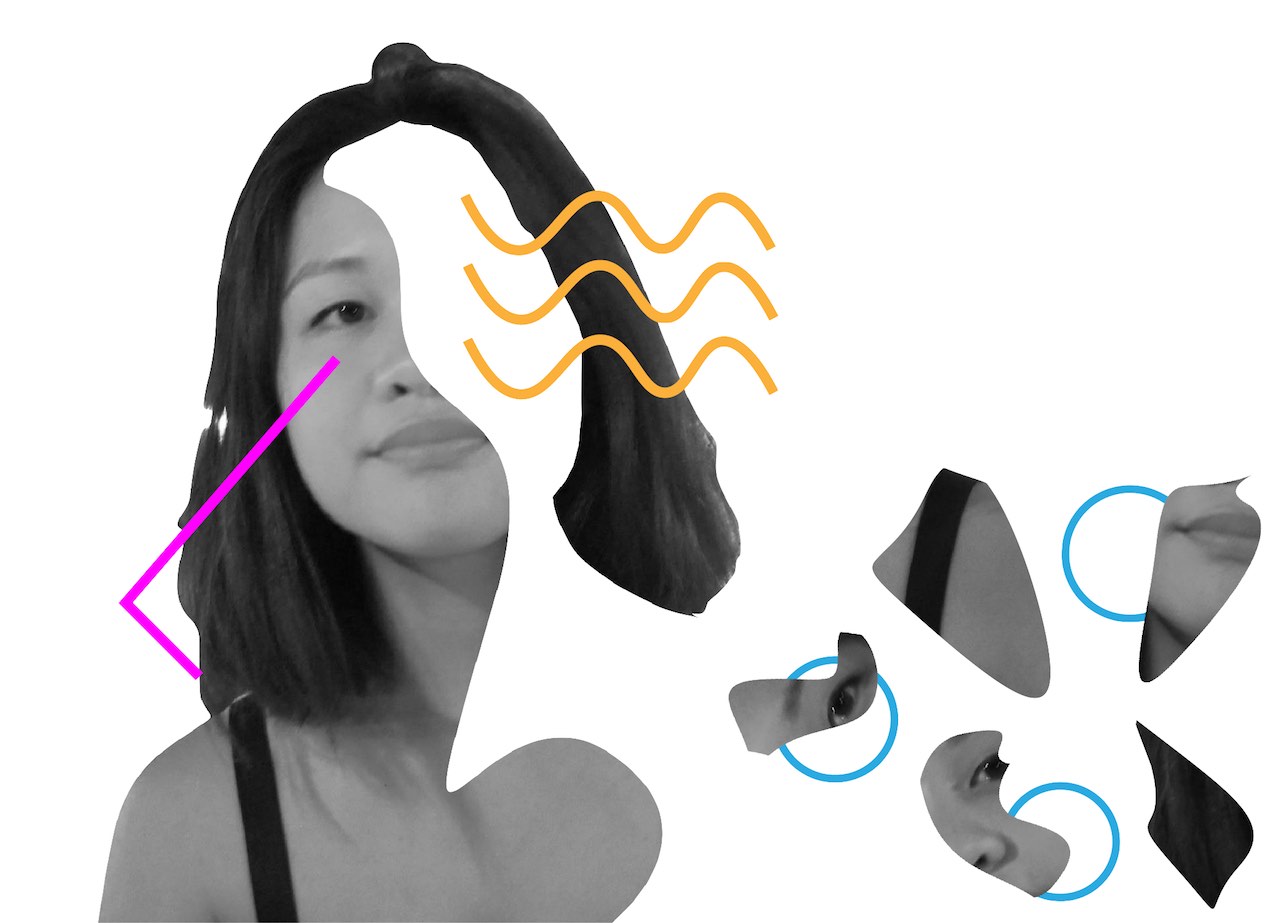 God, Everything is so Asian These Days

As I scrutinized every white man over the age of 30 I told myself I just wanted to understand Edward Blum, but that was a lie. There are things I actually don’t understand, like cryptocurrency, airplanes, and lightning.
By Marella A. Gayla

First, he was the man in the elevator: glasses, a blue two-piece, stepdad-handsome. Then he was the tall guy: slightly slack-jawed and swaying in place. Then the man with the smoothest bald head I’ve ever seen in my life, the man with facial hair that can only be described as very 2004. It was the eleventh day of the Harvard admissions trial and I was scanning everyone in the room to find Edward Blum.

In case you have made it through the last three years without ever hearing this name: Edward Blum is the conservative legal strategist best known for his fervent opposition to affirmative action. In 2016, he bankrolled the landmark lawsuit against the University of Texas at Austin when a white woman with unremarkable grades was denied admission. Since then, he has championed Asian Americans who claim they have been illegally spurned by Harvard’s race-conscious admissions system.

As I scrutinized every white man over the age of 30 I told myself I just wanted to understand Edward Blum, but that was a lie. There are things I actually don’t understand, like cryptocurrency, airplanes, and lightning.

I was ostensibly at the courthouse to see students testify in defense of Harvard; Edward Blum ostensibly wants justice for Asian Americans like me. I really just wanted to see him with my own eyes, and in some embarrassing, trivial way I hoped he would look at me, too. But admitting that would have required a kind of sincerity I could not access. It was more convenient to make a game of spotting him than to think about everything else.

Here’s a joke I’ve wanted to say for some time: I liked being Asian better when there was nothing to talk about. (I never imagine this joke landing well.) For a few weeks in August, it seemed like everything was Asian: novels, movies, magazines, romance, desire, guilt, pleasure. I can now recognize that this development was probably a good thing, but at the time I felt burdened by how much I wanted to think and feel all the time. Some writers declared referenda on Asian America as we knew it; others scoffed at that kind of optimism. I privately devoured the low-hanging triumphs of “media representation” and inexplicably wept during the lukewarm romantic comedies. I mentally rehearsed my reviews of these movies, entranced not by the films themselves but by the possibility that my opinions on them might matter. I chose to believe that these would be artifacts of an important moment. I read every effusive profile and scathing review like it was my homework. When the fall semester arrived, I enrolled in an Asian American history course.

I consider myself cynical in a way that is standard for most reasonable people who have completed three years at Harvard, but there is a certain earnestness elbowing its way through my senior fall. I suspect it has something to do with that class. I’ve read most (most!) of the assigned texts; I genuinely look forward to the discussions in my 10:30 a.m. section; I am routinely stunned by how much I do not know. The course head and teaching fellow are Filipino women like me; the lecture hall is filled by mostly Asian students. In their company I am consuming and studying and performing Asianness with a hunger I hardly recognize.

That Monday, Professor Clutario canceled lecture so we could go watch the testimonies. The class meets in the afternoon, but for the sake of studying this chapter of Asian American history with the rigor it deserves I skipped my morning class, too. When I arrived at the courthouse, slick from a vicious 8 a.m. storm, I relinquished my cellphone to the security desk and sailed through the metal detectors while a group of undergraduates in matching blue shirts faced off with a guard. All the students were Asian; most of them were affiliated with the Task Force on Asian and Pacific American Studies (TAPAS) or other acronym-named groups. The shirts said “Defend Diversity,” and that kind of “political message” was forbidden in an active courtroom, the security guard told them. I knew I had nothing to add and went up to the courtroom alone.

This is how it has been since I started college. Not shameful, just solitary. My experiences as a racialized body have never sought a home outside myself. I have friends who are Asian, but we did not find each other in capital-A Asian groups or settings. At some point, I decided it would be pointless to formally affiliate with something I’d never be able to abandon anyway; it would be like joining a club for drinking water or having skin. To affiliate with Asianness at Harvard seemed hopelessly bourgeois and vaguely embarrassing to me. So I wrote stories and moved up mastheads. At the courthouse I wore an agnostic gray turtleneck and no one gave me any trouble.

“Are you reporting?” someone in a blue shirt (the judge ultimately permitted them in the courtroom) asked me, because I was taking notes on all the Edward Blums.
“Sometimes, but not today.”

And that’s the other weird thing: During my sophomore fall I covered the “race and diversity” beat (whatever that could possibly mean) for the newspaper. I wrote about protests and petitions and affinity groups I never joined. My isolation from communities of color finally had a name: journalistic objectivity.

The first Harvard witness to take the stand was an alum I had interviewed during that time. Her testimony felt familiar to me because it was. Much of what she had said under oath — on support for marginalized students, the value of an ethnic studies program — echoed what she had told me on some unremarkable afternoon when I was on deadline. Nearly all of Harvard’s witnesses were the types of people I would have loved to interview: spokespeople of acronym-named cultural groups, fiercely caring, visible and present in a way I have not allowed myself to be. I could imagine the frantic scribble of my pen and a “Thank you for your time.”

Sometime after lunch, the gaps began to close. I mean this spatially — the rest of Professor Clutario’s class showed up — and interpersonally. I had eaten lunch with a handful of other Asian students — fellow spectators and one of the trial witnesses — in the dizzying, fast-casual dystopia of downtown Boston. They learned my name and when we returned to the courtroom it felt like I was sitting with them on purpose.

I knew that Thang Diep would be the only witness to get cross-examined. I clung to every bit of his testimony, wondering what the lawyers could possibly ask about his childhood in California or the first time a professor pronounced his name correctly on the first day of class.

“It’s a form of survival,” he said, referring to his tendency to allow people, including Harvard’s lawyers, to garble his name. With that, the people around me were weeping. I heard a dozen wet sniffles and leaned back into the heat of a hundred wordless bodies: I felt the strongest sense of an “us” and a “here.” So this is what it’s like, I thought. So this is where I have not been.

At 3 p.m., the thing I considered real life called me back to Cambridge. I waved to one of my new acquaintances, who said it was good to meet me. He asked if I’m in any affinity groups and I said no because that’s the true answer.

Four of us shared a ride back to campus and we talked the way you’re supposed to when you’ve just seen something significant, like a play or a car crash or a mutual friend crying at a party. I sighed several variations of the sentence, “Yeah, it’s complicated,” because I didn’t know anyone well enough to sit in silence. The driver delivered us to Widener Gate and it was like stumbling out of a movie theater. Before we scattered, I was tempted to give the three other passengers a big airport goodbye, but then I realized that I could likely see them soon.

The rest of the afternoon passed like jet lag and quicksand. My roommates weren’t home, which is normal for a Monday at 3 p.m., but I opened the door half-expecting something — a possessive ghost, a droopy-faced Bassett Hound, a long-lost twin — to crash at my feet, panting, “Where have you been?”