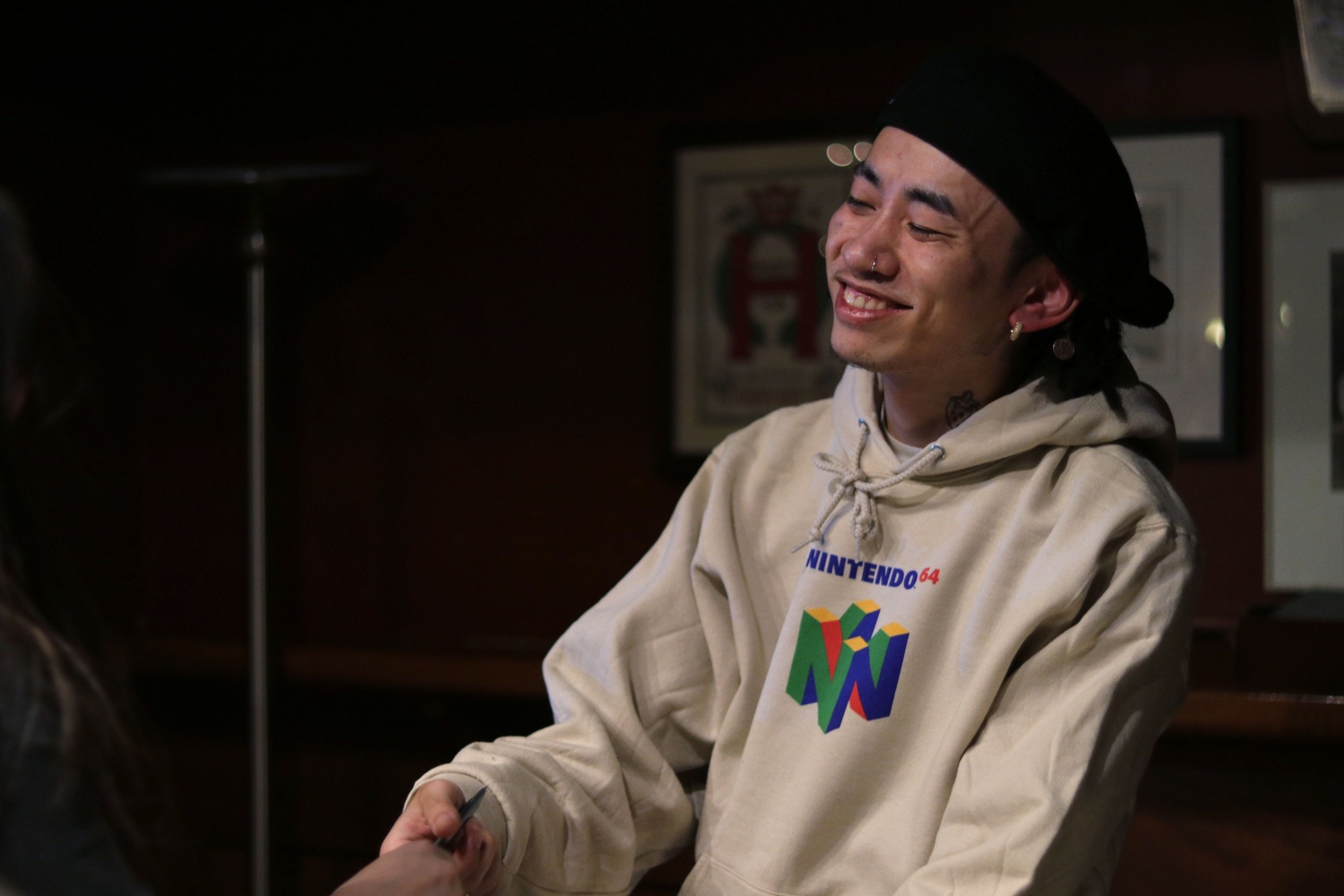 The event, hosted by the Harvard-Radcliffe Chinese Students Association and Harvard-Radcliffe Asian American Association, drew hundreds of students from universities across the Boston area, including Harvard, Northeastern University, Wellesley College, MIT, and Berklee College of Music.

“For Asians and Asian Americans and just Asian youth globally, there’s no real home on the Internet, or a company consistently putting out things that either include Asian talent or Asian viewpoints in stories,” he said. “That was just the inception of everything.”

The Higher Brothers, a group of four rappers from Chengdu, China, said they had been looking forward to touring in the U.S. for a long time.

“We love hip hop. We love rap music. It’s from here, so we need to be here,” MaSiWei, one of the group members, said. “We need to tour here, take a look around here so we can know the culture. We should learn the history.”

The Higher Brothers answered audience questions—some in English, some in Mandarin—about their increasing popularity, touching upon their experiences as rappers in a nation that recently banned television programs featuring any hip-hop content.

The Higher Brothers said they would continue in the spirit of Chinese hip-hop, which focuses on themes of chasing dreams and pursuing their lifestyle of choice.

Despite censorship abroad, artists affiliated with 88rising continue to make a splash both domestically and internationally, Miyashiro said, pointing to 18-year-old Indonesian rapper Rich Brian as an example.

“Brian’s content is not filtered,” Miyashiro said. “But somehow, and I don’t know why, but it’s something that exists and isn’t being taken down [in China]. And I think that a lot of American music is still being streamed out there too.”

Miyashiro said 88rising has never sought to limit itself to an Asian American audience.

“When somebody comes on to our YouTube channel, we never want to give the feeling that it’s not for somebody. Or like ‘Hey, I don’t belong here, because this is so Asian,’” Miyashiro said.

“I think it’s an interesting space that 88rising occupies,” said Alexander Zhang ’20, one of the co-presidents of CSA, who helped organize the event. “It’s at the intersection of a lot of different cultures, and not a lot of people know about it yet. But they’re obviously getting bigger.”

This intersection of cultures was an important focal point for the discussion, especially as it shifted to issues of cultural appropriation in Asian hip-hop music.

“Love for any music will obviously inspire passion, and passion inspires people to create,” Miyashiro said. “It’s the intent that I think can be scrutinized. For us, it all stems from a place of true love.”

Miyashiro said 88rising tries to remain conscious of the cultural implications of its work.

“So much of what I’ve seen from 88rising is just the content,” Sun-Ui Yum ’18 said. Yum said he appreciated the opportunity to hear the driving forces behind the final products.