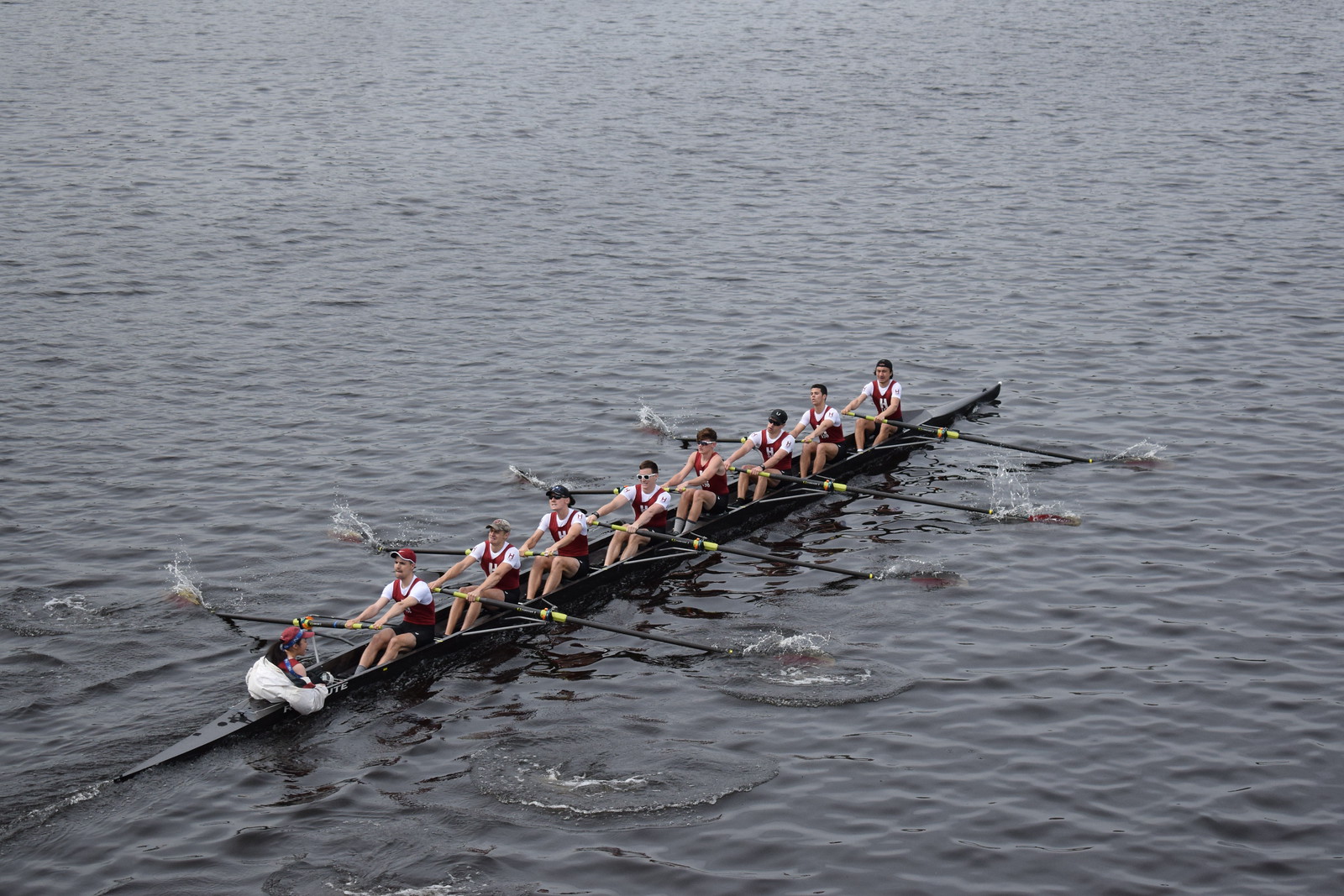 After competing in several regattas in the fall, Harvard, a national force in crew, sets its sights on a successful dual meet and championship season in the spring.

At the 2017 IRA National Championships, the No. 4 Radcliffe women’s lightweight crew team, under the reigns of head coach Sarah Baker, took fifth in 6:36.444. The team also had strong performances in other races throughout the year.

“Highlights from last year were we got first at Head of the Charles, which we haven’t done for four years I want to say,” senior captain Alanah Anderson said. “We won Sprints, which is the biggest race on the East Coast that we had last year. That’s against four out of the five teams that we race for our championship race. Then, we went to England last summer and we raced at Women’s Henley, which we travel to every four years.”

At Eastern Sprints, the 1V8 won its fourth gold medal in five years, outpacing Princeton and Wisconsin in 6:43.423. The second varsity boat also took first in its race. In a dual race against then No. 3 ranked Tigers, the heavyweight squad took all three varsity races, giving it the Class of 1999 cup. This fall, the first varsity boat finished third at the Head of the Charles, also medaling at the Head of the Housatonic.

After a strenuous training regimen, which included a winter break trip to Florida, the team has its eyes set on key races in the spring. One of these is the Knecht Cup, which will feature some of the strongest rowing programs in the nation. Anderson said that the team has several strong, young rowers who will elevate the team.

“We have a lot of fast freshmen this year, so that really helps with other members of the team wanting to go faster because you don’t want to be beaten by a freshman,” Anderson said. “That’s normally how it goes, a sense of pride. But I think we’re going to end up with a decent number of freshmen in the upper boats, which is good moving forward. They’ll be able to bring up the freshman next year with them and continuing to make the team as a whole faster.”

The Harvard men’s heavyweight crew took third overall at the most recent Head of the Charles. Led by head coach Charley Butt, the No. 3 ranked team in the nation last year fell to No. 1 Yale in the 152nd Regatta as the Bulldogs swept all three varsity races. At the IRA Championships, the varsity eight took bronze in 5:33.455 while the third varsity took second. The team also took the Smith Cup for the 20th straight year, beating out Northeastern by more than seven seconds in the varsity eight.

This year, senior Alexander Richards was selected to the US Rowing World Championships roster, where he will compete in the coxswain-less four with three other collegiate rowers.

The Harvard men’s lightweight crew, ranked second in the nation last year, hopes to continue the success that made then-first-year coach Billy Boyce’s season so special. At the Ivy League Championships, the team won the overall points title, the Jope Cup, with the JV8+ winning gold, the V8+ and 5V8+ winning silver, and the 3V8+ winning bronze.

“I think the dual season is always fun just because there’s a lot of traditions there,” senior captain Andre Dupuis said. “There’s shirt betting, which I think is pretty unique to the sport. Looking forward to Springs, which is our Ivy League Championships. That’s where our whole team participates, which is really exciting because we have all our boats going for the Jope Cup and going for victories in all the individual events.”

Last year, the team also took the points title at last year’s IRA National Championships. The coxswain-less varsity four took gold in 6:06.700, while the varsity four took second and the varsity eight took fourth. In last year’s Goldthwait Cup, the team beat both No.1 Yale and No. 4 Princeton to win the cup for the first time in three years. The lightweight crew took bronze at last fall’s Head of the Charles in 14:05.276.

“Hard work is the building blocks of speed, and I think we have a pretty deep squadron,” Dupuis said. “Overall, it’s pretty young. I think Billy Boyce, the head coach, and Ian Accomando, the assistant coach, are really hitting their stride under the reigns of the program, so I look forward to the spring.”