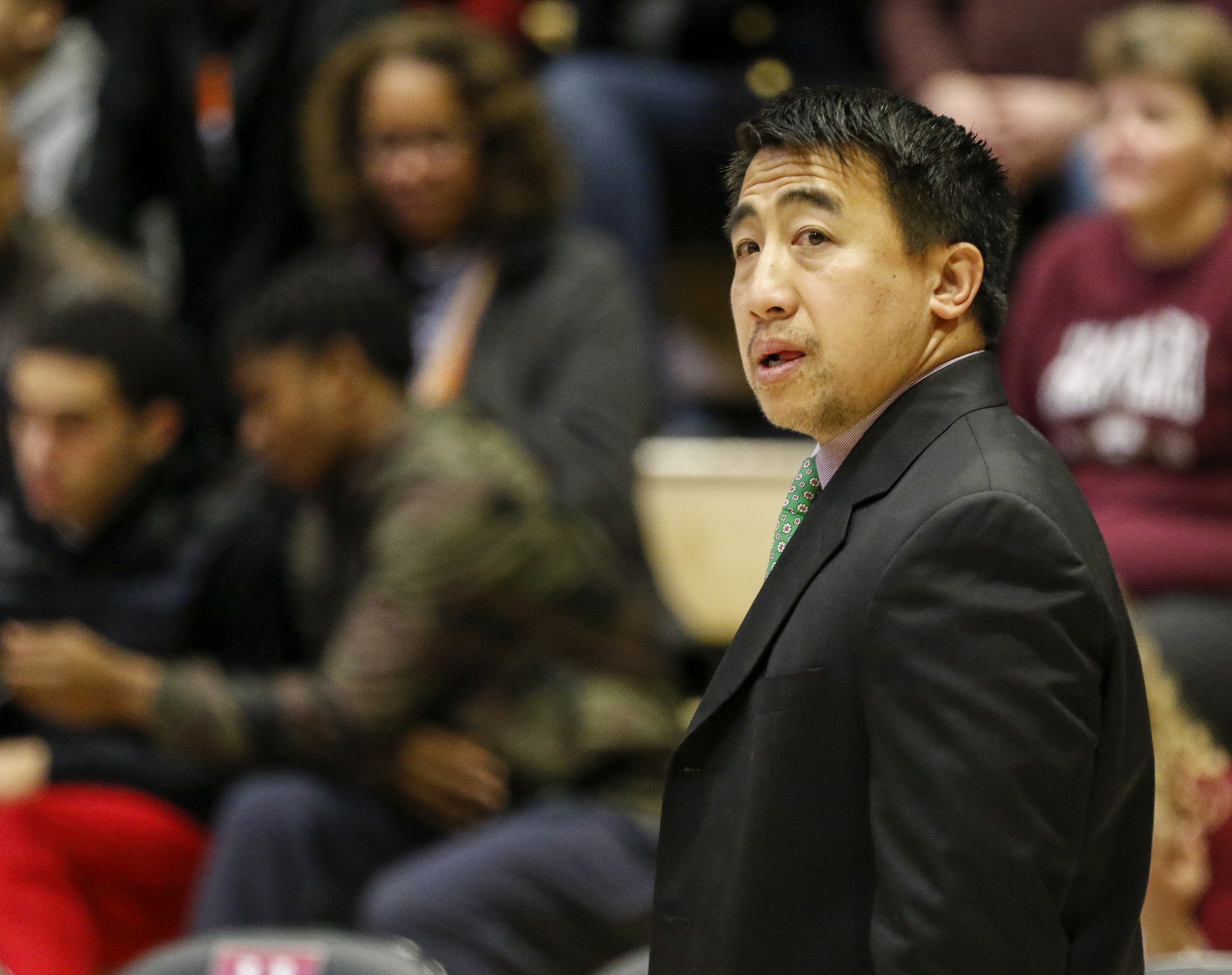 Bryan Doo looks on during a timeout against Penn on Feb. 17. By Timothy R. O'Meara

After 14 seasons as the strength coach of the NBA's Boston Celtics, Bryan Doo has embraced a new role on Harvard coach Tommy Amaker's staff.
By Henry Zhu

In over 14 seasons in the NBA, Bryan Doo had experienced it all. Winning an NBA Championship in 2008. Sitting directly behind Doc Rivers on the Celtics bench. Working side-by-side with Hall of Famers like Paul Pierce and Kevin Garnett.

A new calling came, however, for the long-time strength coach and mainstay within the Celtics organization this past summer. After the front office made some structural changes, Doo decided to move on from Boston and embrace a new challenge in his career.

Doo had known the 11-year Crimson coach “from a bunch of years” and had also been contacted separately by Harvard Assistant Director of Strength & Conditioning, Luke Osberg. Clearly, interest was high within Harvard Athletics for Bryan’s services and experience working at the highest level of professional basketball.

"To me, Harvard is always an elite program." Doo said.

Despite likely offers elsewhere, Doo soon accepted a role in the men’s basketball program as an assistant strength coach and program mentor.

“To me, Harvard is always an elite program,” Doo said. “If you are thinking about being associated with anything—especially from the pro level—something like Harvard, you always want your name associated with Harvard.” 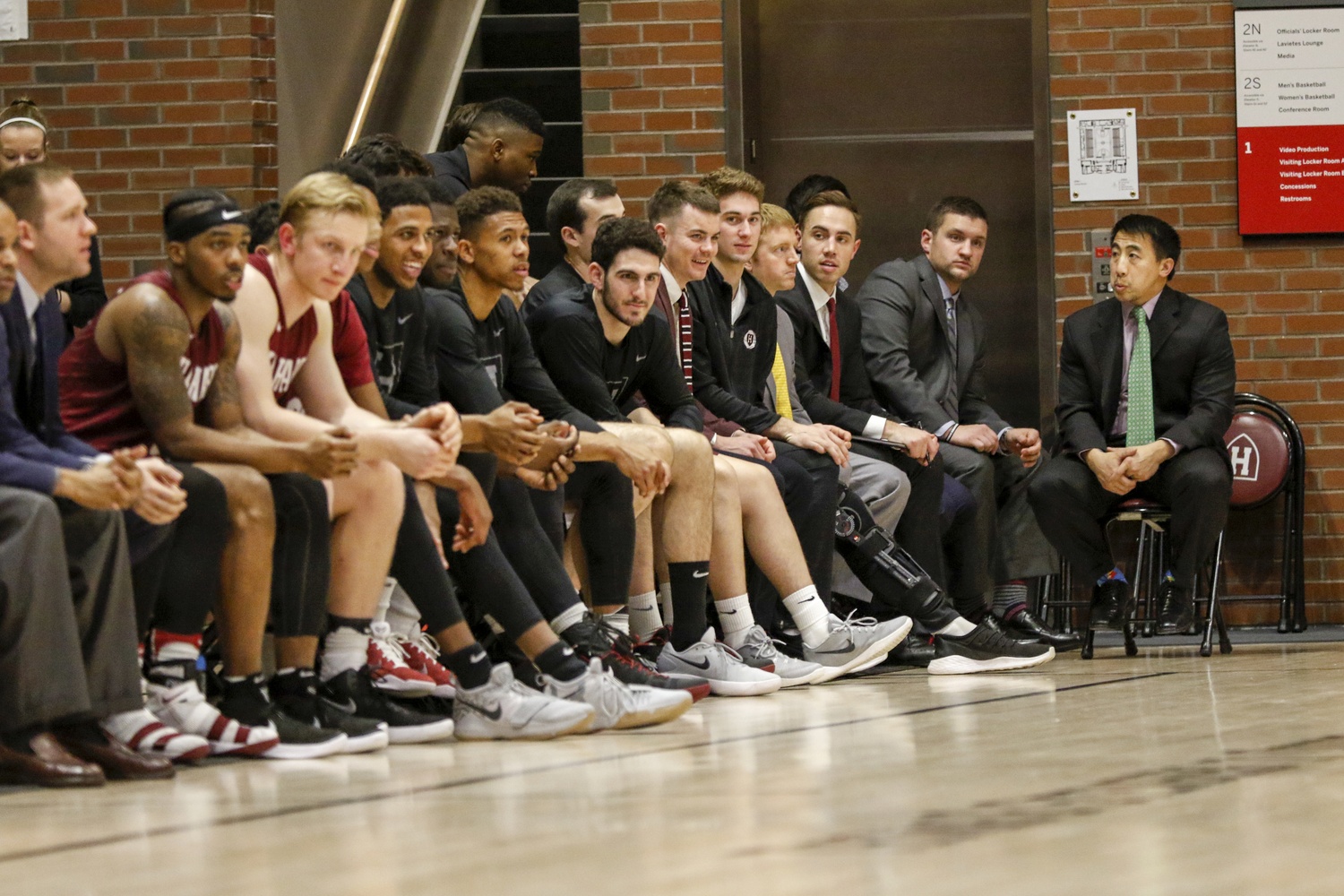 Doo’s presence around the young Crimson team has been invaluable, earning him praise from coaches and players alike. Although Doo credits Osberg for being the lead man in organizing schedules and workout routines, his advising role has nevertheless left a noticeable mark on the program.

“I love B-Doo!” sophomore wing Justin Bassey said. “Coach Doo has been amazing to have on the team. He brings such great insight and he’s been around a lot of professional teams. He has so much experience and so many novel workouts or stretches, anything that he brings to the table is completely new to me and really helpful in recovery and preparing for games, strength, and training.”

Although “B-Doo” gained widespread notoriety in those Celtics years for his signature pre-game handshakes and PB&J sandwiches, the strength coach has made an impact in more subtle ways while on campus. In describing his new role, Doo used words like “sniper” and “street cred”.

“Luke [Osberg] has to think about the general picture of the team,” Doo said. “I can be that little sniper coming from side-to-side just picking up stuff. In the whole is it going to make a huge difference? Maybe not. But if I can help a guy maybe five percent, that to me is a big deal, long-term.”

Doo’s mentorship of Osberg was another important reason why Amaker brought him into the ranks. Entering his fourth year with Harvard Athletics, the Bridgewater State graduate noted how having Doo as an “extra pair of eyes” has helped tremendously in his overall professional development. 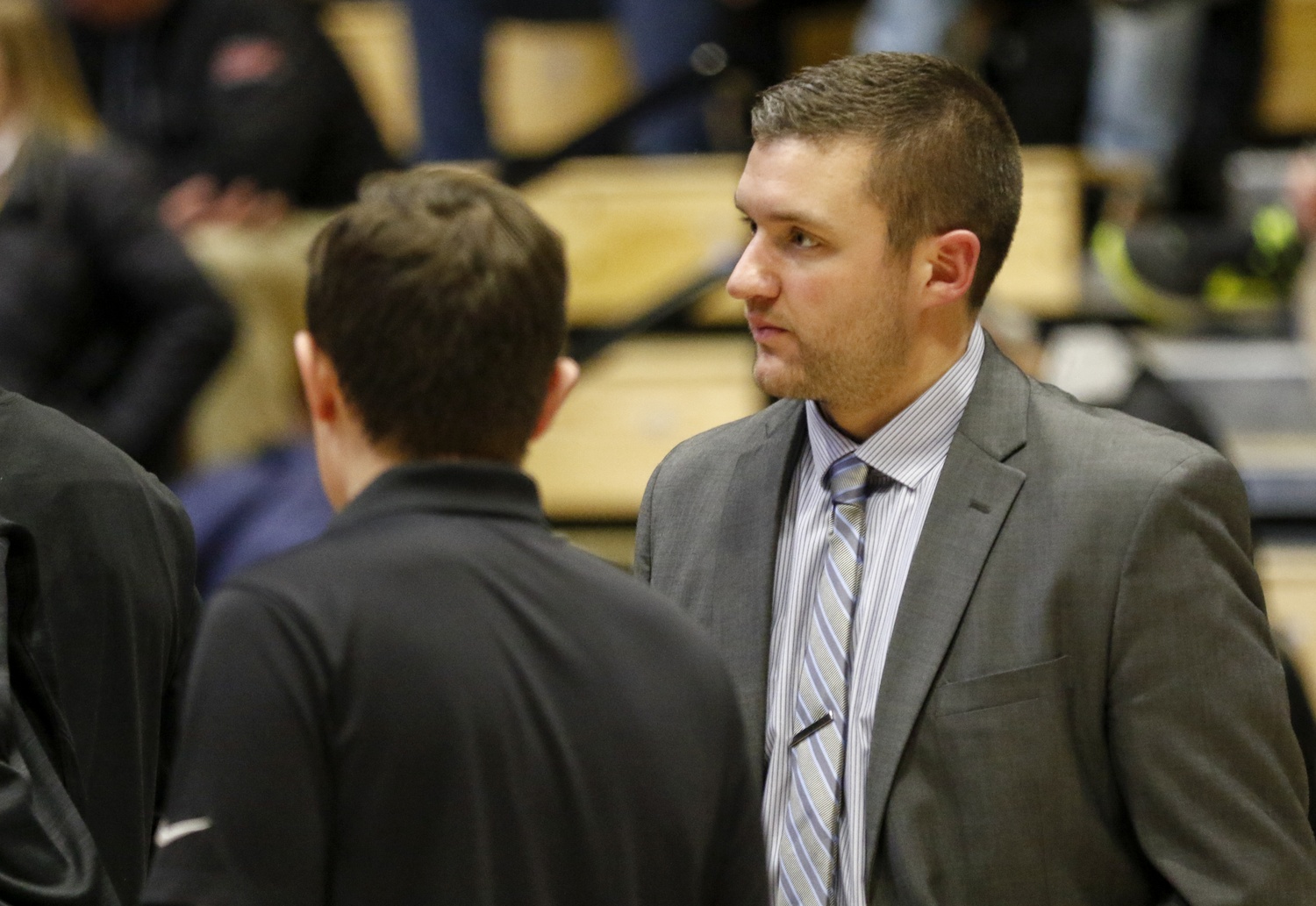 With Osberg also managing the workout programs of five other varsity sports, having that ability to turn to someone like Doo has been instrumental in controlling some of the “organized chaos” that comes with the job.

“Balancing out all my teams, I kind of have to rely on my co-workers and Bryan to help,” Osberg said. “Our interns as well, we have a great number of interns that help out with our program. I rely on them a lot. I am pretty thankful for all my help that I get here to balance out my teams. There is a method to the madness and everything, but I have my roles that I have and everyone else is helping me out a great amount.”

Aside from his technical support, Doo’s infectious enthusiasm and NBA experience has made him particularly popular in the weight room as a source for interesting stories. Although most in the program were reticent in giving detailed narratives, Amaker spoke to the big-picture value of having a character like Doo around the team.

“They probably have egged him on for stories and things like that,” Amaker said. “That’s part of the greatness of having him around. Being able to impart the wisdom and stories and fun things that he can bring to our basketball program so we are very pleased and happy to have him onboard.” 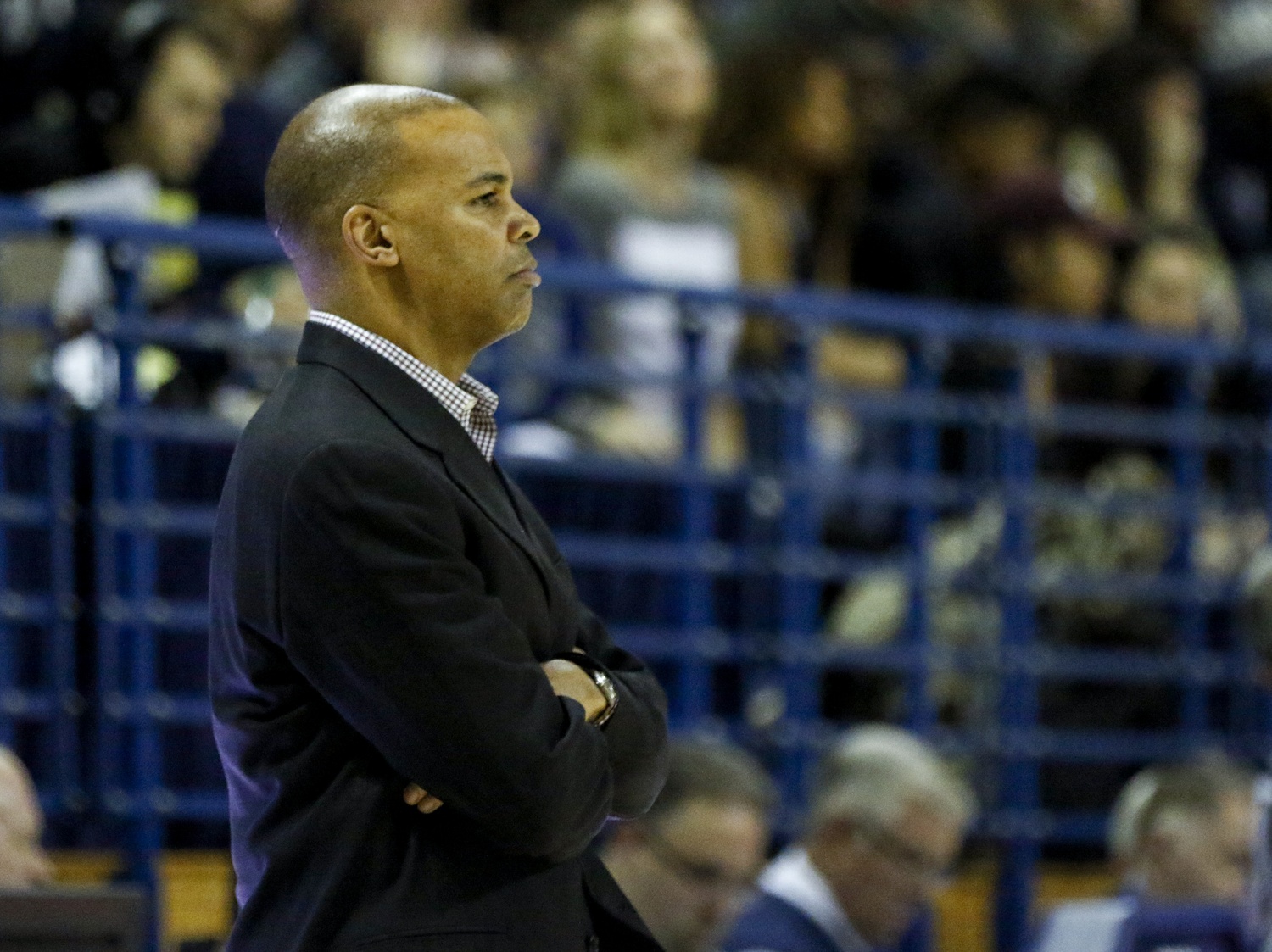 Bassey, in particular, noted his intrigue in Doo’s popularity across the American sports landscape and his deep-rooted connections to former Celtics players. Kevin Garnett, for example, was a close compatriot of Doo and arranged offseason trips to Italy and China with his long-time strength coach. Celtics fans who arrived early to games at TD Garden may also recall Doo’s spirited warm-up drills, including band sprints with guards like Rajon Rondo.

"If you play with the '08 Celtics, Kevin Garnett gives [Doo] a shoutout." Bassey said.

“We have one off stories here and there, times spent just hanging out with Kevin Garnett or Paul Pierce and their work ethics,” Bassey said. “But the dude is just awesome, he just disappears for a weekend, next thing I know he is at the Super Bowl. He is well-versed, well-known. He has a shout-out on 2K. If you play with the ’08 Celtics, Kevin Garnett gives him a shoutout.”

Despite his familiarity working with professional athletes, Doo noted he has been extremely selective in making comparisons to past players.

“I don’t try to compare them to other players when they are doing bad things,” Doo said. “But I compare them when they are doing good things. To me I don’t want them to think ‘Oh, Bryan just thinks I should be like this guy.’ I’m not just saying that. For instance, Seth did some good things in the game, I said, ‘The nice thing about that is you did this well...The speed at which you did that was impressive.’ That means a lot to them.” 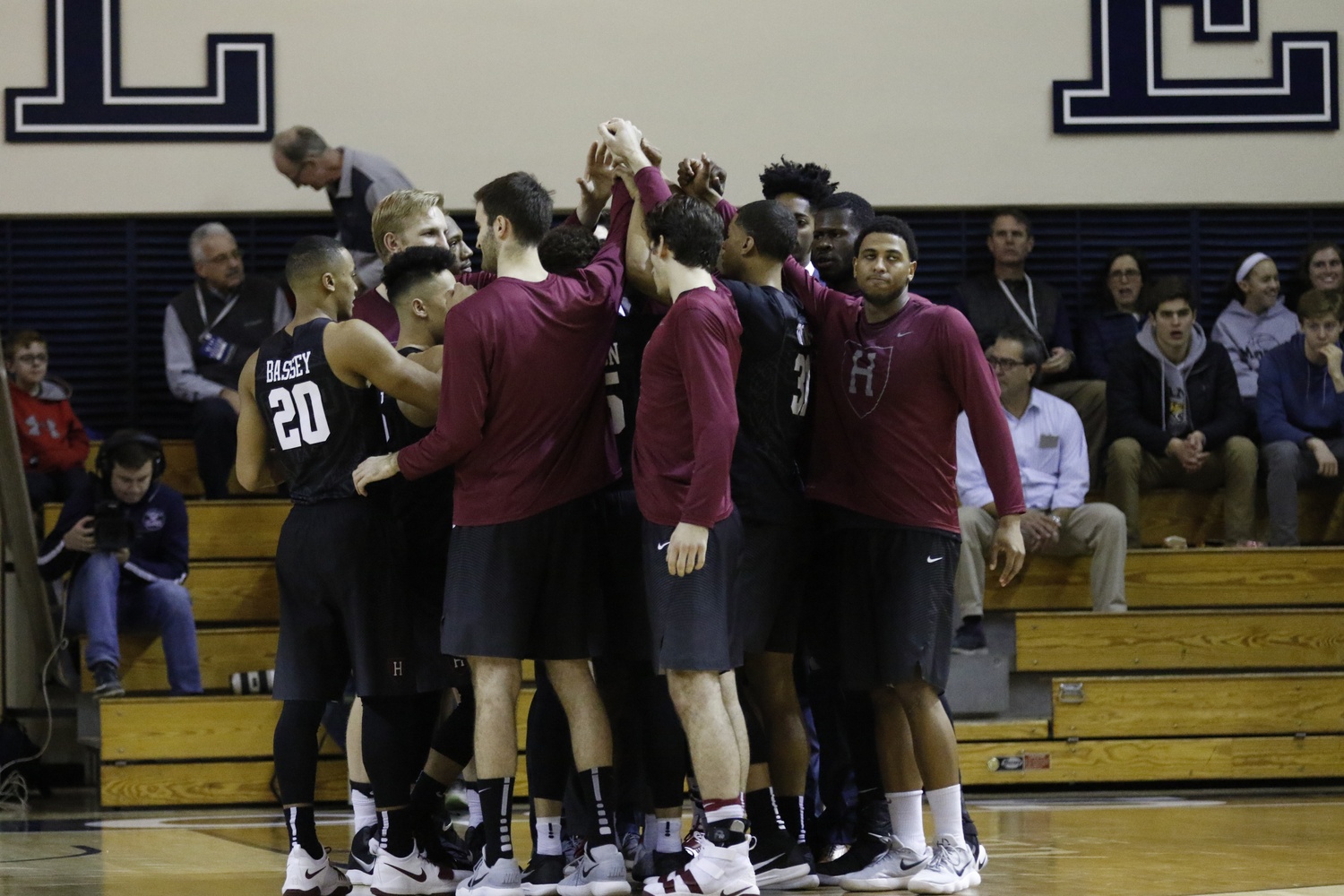 The team prepares for tip-off in its Jan. 26 contest against Yale. 16 of the team's 19 players have made at least one start this season. By Timothy R. O'Meara

However, Doo also admitted to having to open up at times and embrace his unique role as a storyteller.

“They look at me like hey, tell me a story.... What kind of story you want?” Doo jokingly stated. “It’s like my children. You want a funny story or you want a horror story?”

This range of serious to comical insight has given Doo increased credibility when it comes to evaluating players on Amaker’s squad. Freshman guard Rio Haskett, who Amaker stated was recruited specifically for his athleticism and defensive prowess, was particularly lauded by Doo.

“I test a lot of combine guys,” Doo stated. “We had eight draft picks [with the Celtics] two years ago and we had 225 college kids. [Rio] would test top 10 percent, easily, no questions asked.”

In the Feb. 17 win against Yale, Haskett intercepted a career-high four steals in 12 minutes of action. Despite not being an offensive threat so far in his first year, Haskett’s gritty defensive play and on-court energy has earned him a consistent role in Amaker’s rotation.

“He can really be that kind of defensive stopper, or he can change the rhythm or pace of a game with plays that he can make with his athleticism.” Amaker added. 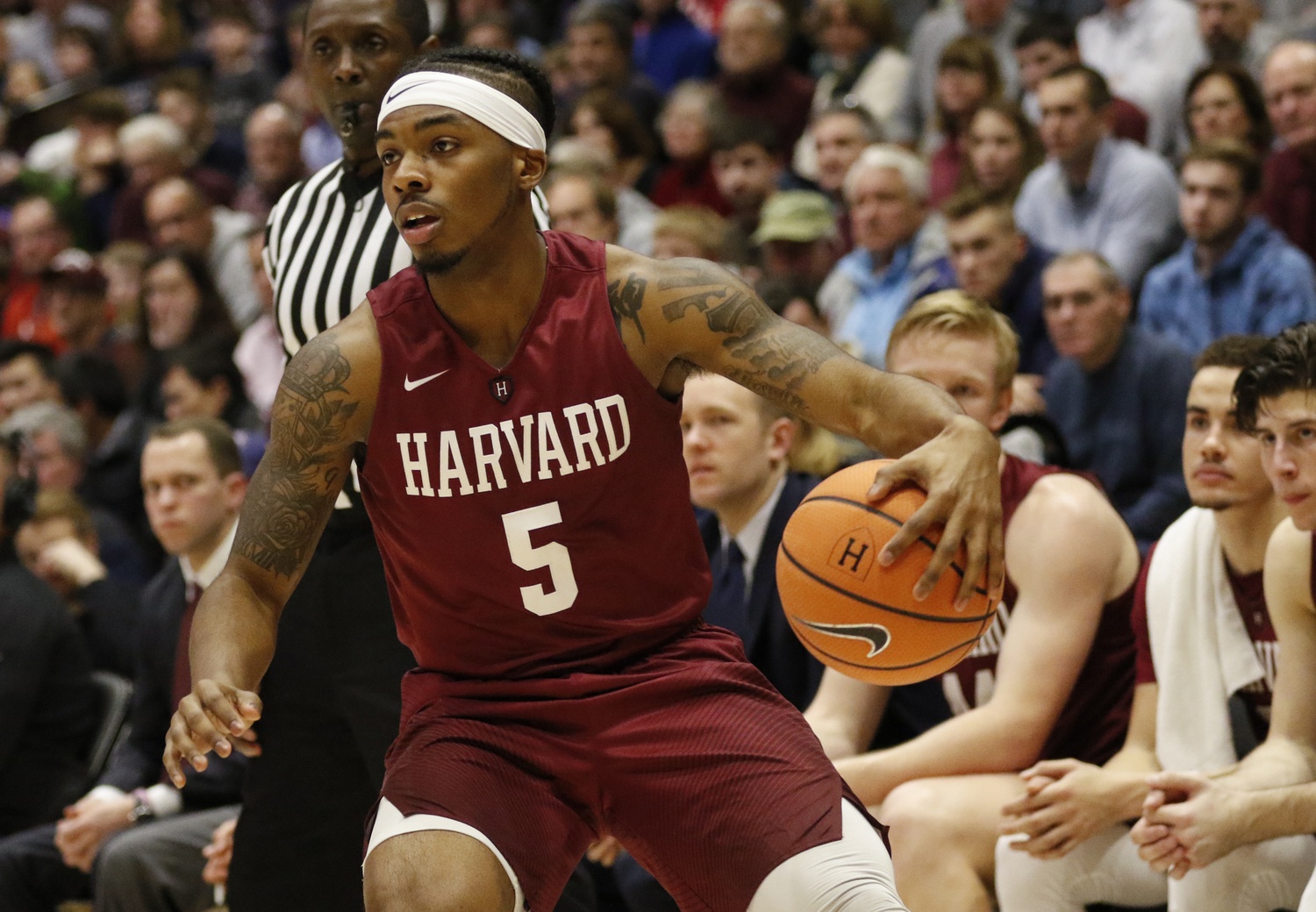 Doo has also worked extensively with sophomore point guard Bryce Aiken, oftentimes accompanying Aiken near the exercise bike in his injury-prone season. Nursing a left knee ailment for much of the 2018 calendar year, Aiken has turned to Doo in building back his mental confidence.

“He’s felt confident that we have dealt with stuff like this and so...you will feel like this, don’t be alarmed,” Doo said. “That’s why you can push through this, don’t push through that. Just giving him the in’s and out’s of having to deal with injury, how to manage it, how to feel things through it, I think that’s what our role is.”

Moving forward, Doo stated that he hopes he can bring along some of his former Celtics players to workouts and continue to collaborate with Osberg in refining an already-demanding exercise program. Under Osberg’s management, the team works out four times a week during the offseason and lifts two times a week during the playing schedule. This is in addition to practices Monday, Wednesday, and Thursday to complement its weekend slate of back-to-back games.

“Offseason is their main time to get bigger, get faster, get stronger, jump higher,” Osberg said. “They are still shooting around, playing pick-up. But it is predominantly focused on strength and conditioning and their injury reduction and on-court performance.”

One feature that Doo and Osberg have emphasized is increased attention to the body movements and biomechanics of daily life, ranging from when athletes are sitting in class to walking back to their dorms. In this fashion, Doo hopes players will be better suited when it comes time to cross the Charles and lace up for practice and games.

"We try to realign their car before we go to practice." Doo said.

“I think we as a staff do a good job of working on biomechanics,” Doo said. “That everyday walking around, body mechanics are correct. Getting them ready for each practice is like aligning a car. We try to realign their car before we go to practice. We make practice safer and obviously preparing them for games.”

From both a professional and personal angle, Doo’s expertise—as Amaker attested— has been simply “tremendous”. Although Doo himself expressed uncertainty over whether he will continue to be the “car re-aligner” for Harvard Basketball, one defining contribution is certain.

“I think he really speaks to the culture that we want to have here at Harvard.” Bassey concluded.

In the same year that Lavietes Pavilion was revamped, the team which calls it home has received a jolt of energy from the newest addition at the end of the bench.