Men's Swimming and Diving Runs Away With Ivy Crown 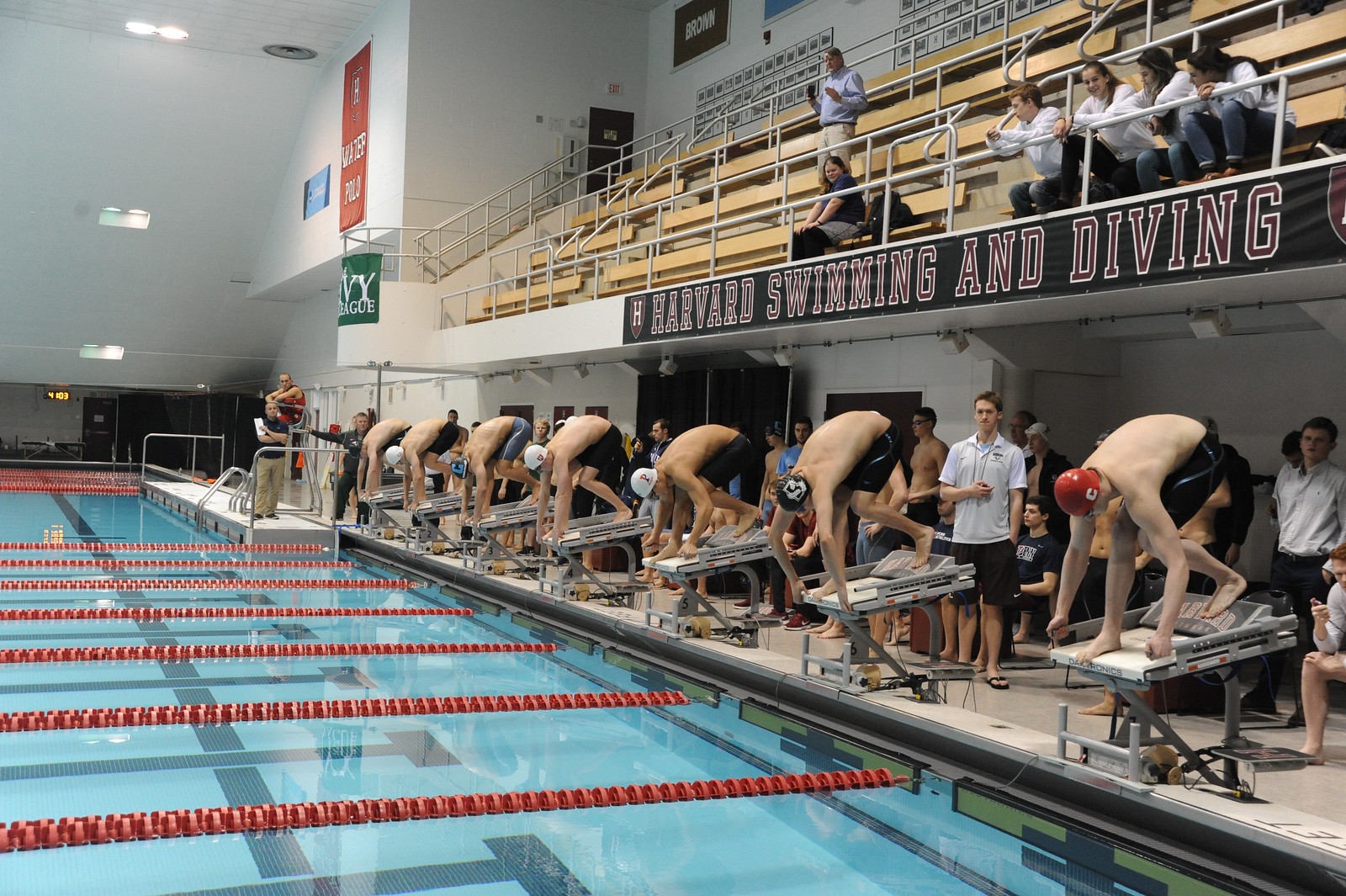 Revenge is sweet. For No. 24 Harvard men’s swimming and diving, there may have been none sweeter in recent years.

The Crimson has not beaten Princeton at the Tigers’ home pool since 2000. Over that same stretch, Harvard has dropped 15 dual meets, and eight of those losses were to Princeton.

Perhaps most relevantly, it was Princeton (7-4, 5-2 Ivy League) who snatched the 2016 Ancient Eight championship away from the Crimson (9-0, 6-0), winning the final event to beat Harvard by just 21.5 points. Harvard has not forgotten.

“I think the pain of that loss to Princeton always stuck with my class,” senior Koya Osada said. “We had a goal of not letting the same thing happen again.”

The Crimson took no chances in making sure that history didn’t repeat itself at this year’s championship meet, held this week at DeNunzio Pool in Princeton, N.J. Harvard led from the first event and eclipsed the rest of the Ivy League to capture the Ancient Eight crown for the second year in a row and the 25th time overall. The Crimson posted 1,630.5 points en route to the victory, nearly 350 more than the second-place Tigers.

“It was such an incredible experience winning the Ivy Championship title with this team,” sophomore Daniel Chang said. “We worked so hard towards this goal and it was so amazing to see it all pay off for us.”

Osada was in a similarly awe-struck mood after the triumph.

“It feels surreal, and I'm so incredibly proud of our team for fighting the way that they did,” he added. “It was a true team effort from start to finish and I can't describe in words how happy I am.”

Harvard cruised to the win on strong performances from the entire team. In total, 10 Crimson swimmers picked up victories, while two more finished on the podium at least once.

Beyond the all-around solid effort, a few members of the team had particularly impressive meets. Harvard won 12 events, and sophomore Dean Farris and junior Brennan Novak accounted for 10 of those victories. Both swimmers won every event in which they competed, and between them they set five new program, pool, and Ivy League records.

For their efforts, both Farris and Novak were presented with the Phil Moriarty Award, given to the meet’s most elite swimmer. This is the second year in a row that Farris has earned the award.

Last time around, the Atlanta, Ga., native set a new program, pool, and meet record in the 200-yard freestyle, posting a time of 1:31.56. This year, Farris smashed his own mark, touching the wall in 1:31.12. Just like last season, the sophomore’s time is the fastest in the nation for this year, and once again it’s a new best for Harvard, DeNunzio Pool, and the Ivy League championship.

Farris’ record mark in the 200 freestyle, though, was just one of many personal feats this week. The sophomore also eclipsed Ancient Eight records in the 100 and 200 backstroke events. Junior Daniel Tran was third in the 200 backstroke, and Osada took fifth place in the event.

“Dean's performances throughout the meet have shown that he's capitalizing on the foundation he laid during his freshman year and is now developing as an incredibly versatile swimmer,” co-captain Luke Morgan-Scott said. “We all knew that he was going to go faster this year, but his swims in the 100 and 200 backstroke are making him a triple threat for NCAAs.”

While Farris dominated the 200 free, Novak had a similarly commanding showing in the distance freestyle events. The junior swept the 500, 1,000, and 1,650 freestyle races while establishing new program, pool, and meet records in the former two. Junior Logan Houck was close behind, taking third in the 500 and nabbing silver in both the 1,000 and the 1,650.

Novak and Farris also teamed up for the 800 freestyle relay and surpassed yet another record, topping the former fastest mark by half a second, along with freshman Mahlon Reihman and sophomore Zach Snyder.

The win was reflective of the Crimson’s absolute dominance in the relay throughout the contest. Harvard took top marks in all five relay events, setting five new program records and four new pool- and meet-best times along the way.

The Crimson began the meet with a relay victory, as the lineup of Farris, junior Sebastian Lutz, and seniors Steven Tan and Paul O’Hara won with an Ancient Eight record-time of 1:24.52 in the 200 medley relay. Tan and O’Hara would combine with sophomore Raphael Marcoux and senior Ed Kim the next night to win the 200-yard freestyle relay.

The duo of Tan and Farris also joined up with Marcoux and Chang in the 400-yard medley relay, touching the wall three seconds ahead of the Tigers to smash another program and meet record. The pair would go on to close out the meet with a final relay win and a fourth record time, earning the gold medal in the 400 freestyle relay along with Kim and O’Hara.

Tan also won the 100-yard butterfly with a mark of 46.21, the second-fastest time in program history. The senior took second place in the 50-yard freestyle as well.

Elsewhere, Chang helped cement the win with a silver medal finish in the 100-yard breaststroke, beating out the third-place finisher from Yale by eight-tenths of a second. Kim collected a solo podium finish of his own in the 100-yard freestyle, ending up in second.

On the boards, Columbia captured two of the top three spots in both the one-meter and three-meter dives. Co-captain Bobby Ross was Harvard’s highest finisher, taking fourth place in both events.

Running away with the outright Ivy League championship is a fitting send-off for a senior class that has amassed a dual-meet record of 36-1, completed three undefeated regular seasons and the same number of dual-campaign Ancient Eight titles, and captured the conference title once before. The team is not finished for the year, though, with the NCAA championships coming up in March.

“I'd be lying if I said that we weren't trying to take down Princeton at their home pool and bring back the Ivy League title,” Morgan-Scott said. “That being said, we've also started to think about the transition of trying to push more towards the national level. With the help of some great individual and relay swims this past weekend I think we're on our way there.”