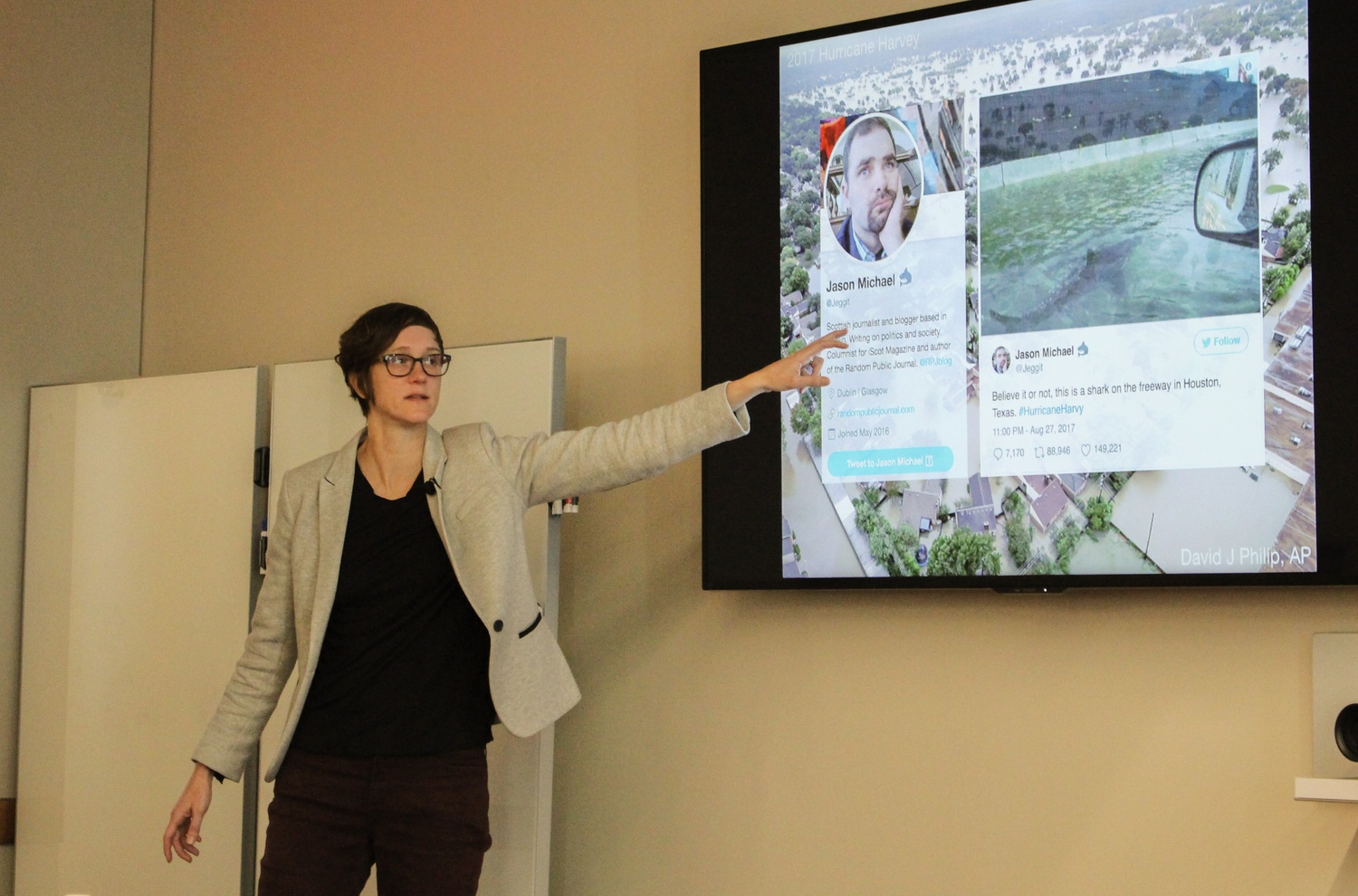 University of Washington professor Kate Starbird speaks about the spread of misinformation through the use of social media during crisis events. By Hayoung Hwang
By Edward W. Carr, Contributing Writer

Kate Starbird, a University of Washington professor, discussed the distribution of misinformation and “fake news” in the media at a Shorenstein Center event on Thursday.

Starbird, an assistant professor of human centered design and engineering, spent nine months probing Twitter and Reddit to study the prevalence and incentive behind propagating misinformation and its effect on politics and society. She said misinformation is much more prevalent and influential than many people would expect.

Over the course of nine months, Starbird and her team conducted research concerning fake news using her so-called “Grounded, Interpretive, Mixed Method.” She began on Twitter, searching for phrases commonly associated with crisis events. Then, she would filter the millions of resulting tweets by fine-tuning her search with specific fake news terms, like “false flag” and “crime actor.”

In addition to the unethical propagation of fake news, Starbird said the influence of fake news on society can have many negative consequences.

“[Society] becomes passive and unable to bond together against power,” she said. “It is an attack on democracy; that’s the whole point. It’s using our values of freedom of speech and undermining those same values.”

She said reading fake news was “depressing” to her because it exploits the psychological vulnerabilities of readers and viewers.

Starbird said the perceived bias of large media corporations undermines their content and advised viewers to “tune in to how the information is affecting you emotionally, and how it is appealing to your political or emotional biases.”

While Starbird said fake news might be damaging to society by reducing the trust of individuals, she said there was a silver lining.

“I think it’s good that we have diverse ways of thinking,” she said. “I don’t think we need to go fix everybody and have them all think alike.”

Despite her research, Starbird said she may not be stemming the proliferation of fake news.

“When I give this talk, I don’t think I’m helping,” Starbird said. “I think I’m actually contributing.”