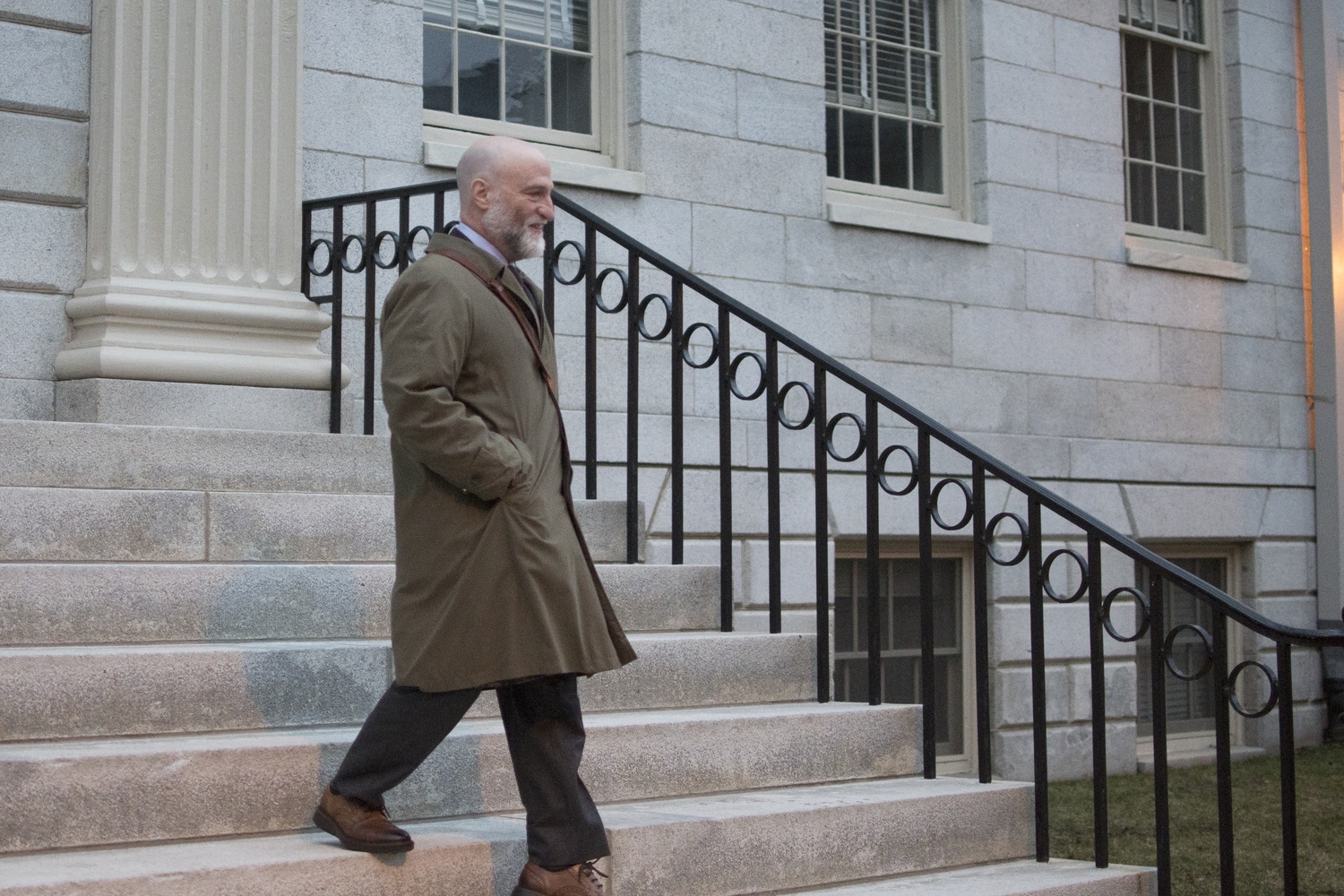 Administrators are working to update the Q guide—an online system through which Harvard students evaluate their courses—so undergraduates can use the platform to report inappropriate behavior by teaching staff, according to Dean of Undergraduate Education Jay M. Harris.

In another change, the Undergraduate Council—in partnership with Harvard staff—is developing a new training for teaching fellows focused on power relationships at play in the classroom. The training will likely debut this coming fall.

Harris announced the update—which is still being workshopped—at a town hall held Thursday night in Fong Auditorium and hosted by the Undergraduate Council, anti-sexual assault advocacy organization Our Harvard Can Do Better, and the Harvard College Women’s Center. The town hall, attended by roughly two dozen students, faculty, and administrators, sought to foster discussion about the power dynamic between Harvard undergraduates and the professors and staff who teach and supervise them.

The meeting—titled “Power Dynamics in Academia”—comes almost a month after the Chronicle of Higher Education reported that at least 18 women are accusing Harvard Government professor Jorge I. Dominguez of repeated acts of sexual harassment across the past three decades. The accusations have roiled campus; over the past few weeks, administrators placed Dominguez on leave, the professor announced his retirement, and graduate and undergraduate students have published multiple open letters denouncing Harvard’s handling of the situation.

In its current form, the popular Q guide allows students to rank their classes and their teachers according to metrics like the difficulty of the class, the amount of work the course requires, and the lecturing acumen of the professor.

Now, though, administrators hope to add a question to the guide that asks whether teaching staff made students feel uncomfortable. After an attendee at the town hall mentioned Harvard’s School of Public Health allows enrollees to report “offensive” comments made by professors, Harris said College administrators are working to add in a similar question.

“We are in the process of revising the Q forms,” he said. “There will be a question of some kind that at least is trying to get at that.”

Harris said administrators are currently workshopping the “wording” of the question. He added that he and unspecified others are planning to discuss the proposed new Q guide question with the Undergraduate Council’s education committee.

“This is a reflection on instructors, so I think that having this on the Q guide—which is an overall assessment of a professor—is intrinsically tied to your experience interacting with the professor,” Palaniappan said of the proposed new question. “It should be included in the overall evaluation of what you would have of them.”

After the event Thursday, Palaniappan detailed the specifics of the new training program for teaching fellows. She said the UC is working with the Women’s Center and the Derek Bok Center on the project.

“[The training] will be given to TFs starting in the fall to really think critically about these different power dynamics, and how they have the ability to really set the tone at the beginning of a section itself,” she said.

Throughout the event Thursday, several attendees said they fear possible academic or career repercussions could deter students from reporting instances of bias or inappropriate conduct on the part of a superior.

In response, Jennifer L. Hochschild, chair of the Government department, mentioned her department is exploring the idea of an “electronic suggestion box” that would allow students to anonymously report misbehavior. Hochschild first announced the idea of the box in an email sent to Harvard affiliates earlier this month.

“We’ve got to figure out how to do this right,” Hochschild said. “But the broad idea is some kind of institutionalized pretty simple mechanism with a very low threshold in which people can anonymously say what’s going wrong, without having personally to come forward.”

Amelia Y. Goldberg ’19, a member of Our Harvard Can Do Better who helped organize the town hall, said the event itself was meant to encourage students to come forward.

Goldberg said she and other organizers wanted “to make it possible to speak up that ladder and to speak to people in power about what’s going on, and try to bring home to them the realities of what it’s like to be a student at Harvard.”

Faculty members who participated in the town hall said they hope students will take that advice to heart.

Leena M. Akhtar, who teaches a course on Gender, Violence, and Power, added that change “has to come from all levels.”

One attendee, Ana Karla Cepeda Diaz ’19, said she was motivated to participate in the town hall after some “thought-provoking” Women’s Week events led her to reflect on incidences of power dynamics in her life.

“I work in a lab, and I see the women in my lab struggle with power dynamics,” Cepeda Diaz said. “To hear from faculty that are pushing for change, and hearing that the Q Guide’s going to change, was huge for me.”

“Questions like these are also extremely important because they signal the university’s commitment to these issues. It shapes the landscape for what the university believes are issues that students are impacted by,” Palaniappan said.

Editors' Note: Dean of Undergraduate Education Jay M. Harris later wrote a March 26 "Letter to the Editor" clarifying the intent and exact meaning of remarks he made at the March 22 town hall described below. According to Harris's letter, administrators are "discussing adding a question to the Q about whether the teaching staff has created a welcoming environment conducive to learning."