For a first-year graduate assistant coach like Fraschilla, the experience of making the Final Four has been, in his words, simply “unbelievable”.
By Henry Zhu 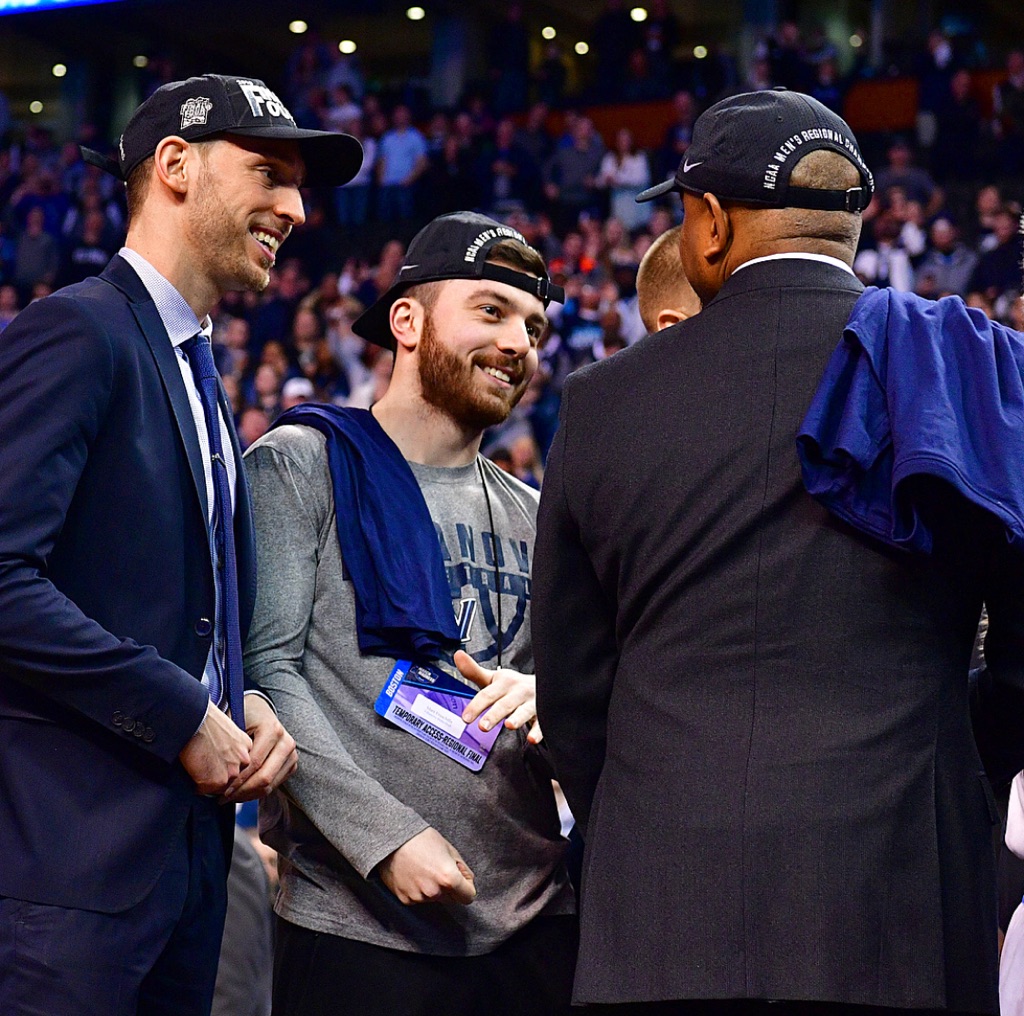 Matt Fraschilla celebrates with the Villanova coaching staff after defeating Texas Tech on Sunday night to reach the Final Four. By Courtesy of Matt Fraschilla

For those within basketball circles, the last name Fraschilla has become synonymous with coaching.

Fran Fraschilla served over two decades on the sidelines, with head coaching stops at Manhattan, St. John’s, and New Mexico before becoming a well-respected commentator for ESPN.

Fran Fraschilla’s elder son, James, played four years of college basketball at the University of Oklahoma before joining the coaching ranks as a Player Development Coach for the Utah Jazz’s G League team.

It came as no surprise, then, when younger son and former Crimson guard Matt Fraschilla ’17 announced his plans to pursue a coaching career after graduation. His first destination since leaving Cambridge? Villanova, which under Coach Jay Wright has been home to one of the nation’s most dominant men’s basketball programs.

This weekend in San Antonio, the Wildcats will attempt to win their second national championship in the past three seasons. For a first-year graduate assistant coach like Fraschilla, the experience of making the Final Four has been, in his words, simply “unbelievable”. 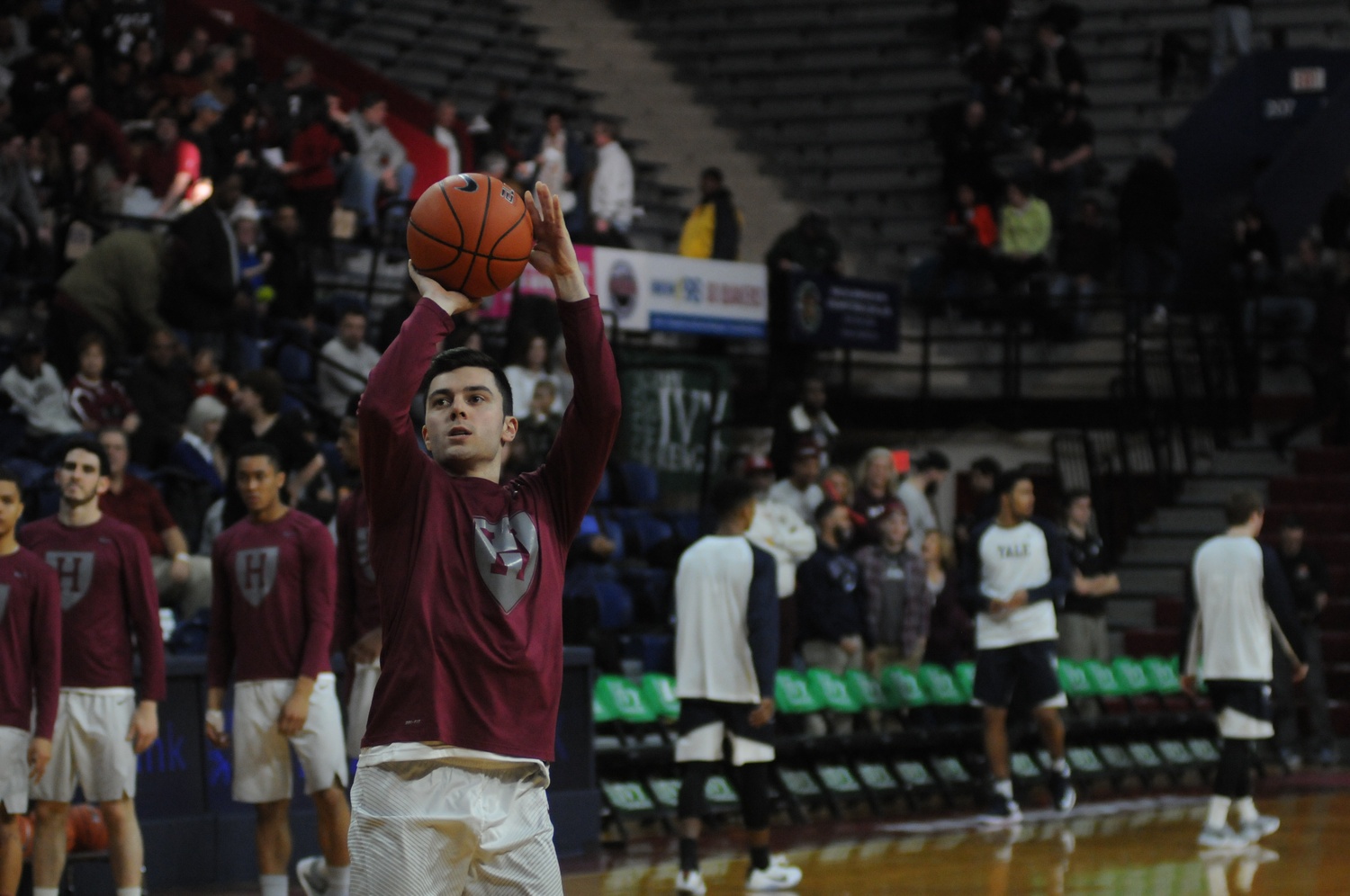 Matt Fraschilla warms up at the Palestra before his final game in a Crimson jersey during last year's Ivy Tournament. By Derek G. Xiao

Fraschilla echoed in many ways the sentiments of Coach Wright, who after Sunday’s Elite Eight victory against Texas Tech used similar language to describe Villanova’s 34-4 season and extended postseason run.

“It is really surreal,” Wright said. “You try not to think about it so when it hits you, it is almost unbelievable. I think when we get home it will hit us. Right now the joy of playing like that…we are proud of that.”

For “Matty Fresh,” the journey to Villanova first came into view after his junior year at Harvard, when an ACL tear forced him to take on a new role with the Crimson. In becoming a pseudo-assistant coach and maintaining an open line of communication with Harvard coach Tommy Amaker, Fraschilla reinforced that season a true love for coaching.

“The silver lining was being out and having to make an impact in a different way,” Fraschilla said. “I tried to work with the staff as much as I could and try to coach the guys on the sideline. It kind of developed into realizing I had a passion for it.”

Fraschilla also credits Amaker for maintaining an open door policy during his time at Harvard, allowing him the opportunity to reciprocate ideas and talk about the “X’s and O’s” of the game after practice. Moreover, the Dallas native emphasized that his personal relationship with Amaker ultimately convinced him to stay on a college campus instead of seeking opportunities elsewhere. 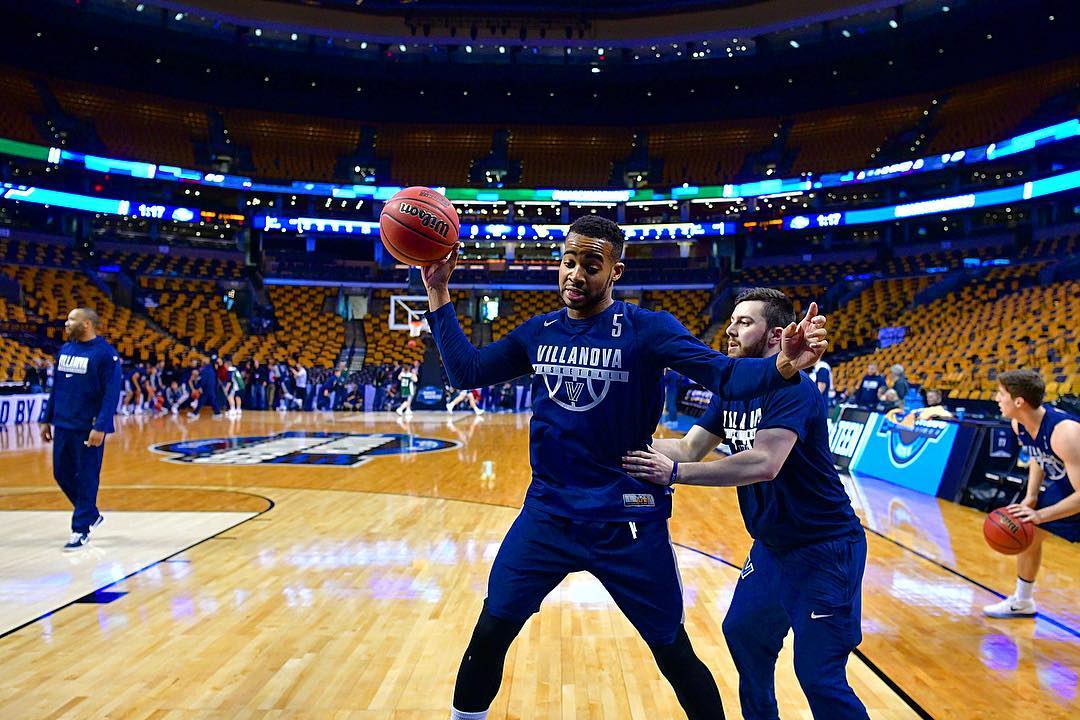 “A lot of people ask, ‘Why didn’t I want to work in the NBA like my brother?’” Fraschilla said. “I know a lot of it is the impact you can have on a kid. From 18 to 22 is so big, and Coach Amaker had such a big impact on me. I think it is a special bond that a college player has with his coach and I want to have that here.”

Amaker’s impact and the close-knit relationships with former teammates have not escaped the Harvard graduate, who maintains a keen eye on the young Crimson team despite switching to the Navy and White. Impressed by the performance of players like sophomores Christian Juzang, Chris Lewis, and Seth Towns, Fraschilla stated that he has “no doubt those guys are going to compete for the conference championship for years to come”.

Having such strong coaching blood within the family impacted Fraschilla in tremendous ways as well, but there was never any pressure for Matt to follow in his father’s footsteps. It may not have been fait accompli, but certainly, the passion for the game was passed on from father to son.

“[James and Matt] both want to be in the coaching business—I didn’t encourage them.” said Fran Fraschilla in an interview with Awful Announcing. “I think through osmosis, they’ve seen that their dad has had a fulfilling, happy life being around an orange leather ball. And they see that I love my job, whether it was the coaching or the broadcasting.”

Matt Fraschilla may not be calling the shots just yet, but those lessons both on and off the court have certainly benefited in his development as a coach. With Villanova, Fraschilla is primarily responsible for on-court instruction with players, film breakdown, and being the “utility guy” for Wright and his coaching staff. From working with players like Mikal Bridges and Jalen Brunson to booking team flights, graduate assistants like Fraschilla are exposed to all aspects of the massive operation that is Villanova Basketball.

Of course, being around a nationally-respected coach such as Jay Wright is another perk that Fraschilla has embraced. In his first year with the program, the former Amaker protégé noted the unsurprising similarities between his current boss Jay Wright and former college coach.

“They are very charismatic,” Fraschilla said. “Both have a very easy time talking to people whether it is people outside the program or communicating their instructions to players. Neither of them beat around the bush…. Both have an intense side to them because they both have been at the highest level.”

Wright’s leadership as well as the mentorship of Amaker and his father has given Matt a plethora of resources to draw from as he begins to ascend the coaching ladder. But before thinking about the future or potentially one day returning back to Lavietes Pavilion, Fraschilla’s sole focus will be towards helping ’Nova regain its place at the top of college basketball. 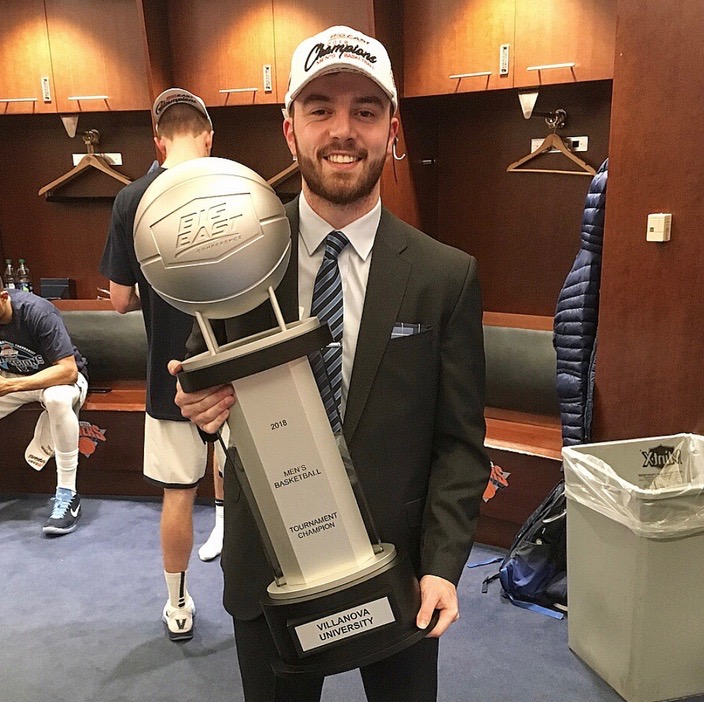 Fraschilla holds up the Big East Championship Trophy after Villanova's 76-66 victory to Providence on Mar. 10 at Madison Square Garden. By Courtesy of Matt Fraschilla

“As Coach Wright puts it, ‘Be here now.’ So I am focused on Villanova Basketball.” Fraschilla said. “I am focused on here, right now, having the chance to compete in the Final Four…. Every coach has to make career decisions at some point, but I am just enjoying this and learning as much as I can.”

This weekend, a small reminder of Harvard Basketball will be present at college basketball’s biggest platform. For once, Crimson fans will have someone to cheer for: ’Nova’s “utility guy.”