Harvard Holds ‘Day of Hope and Resistance’ to Support DACA 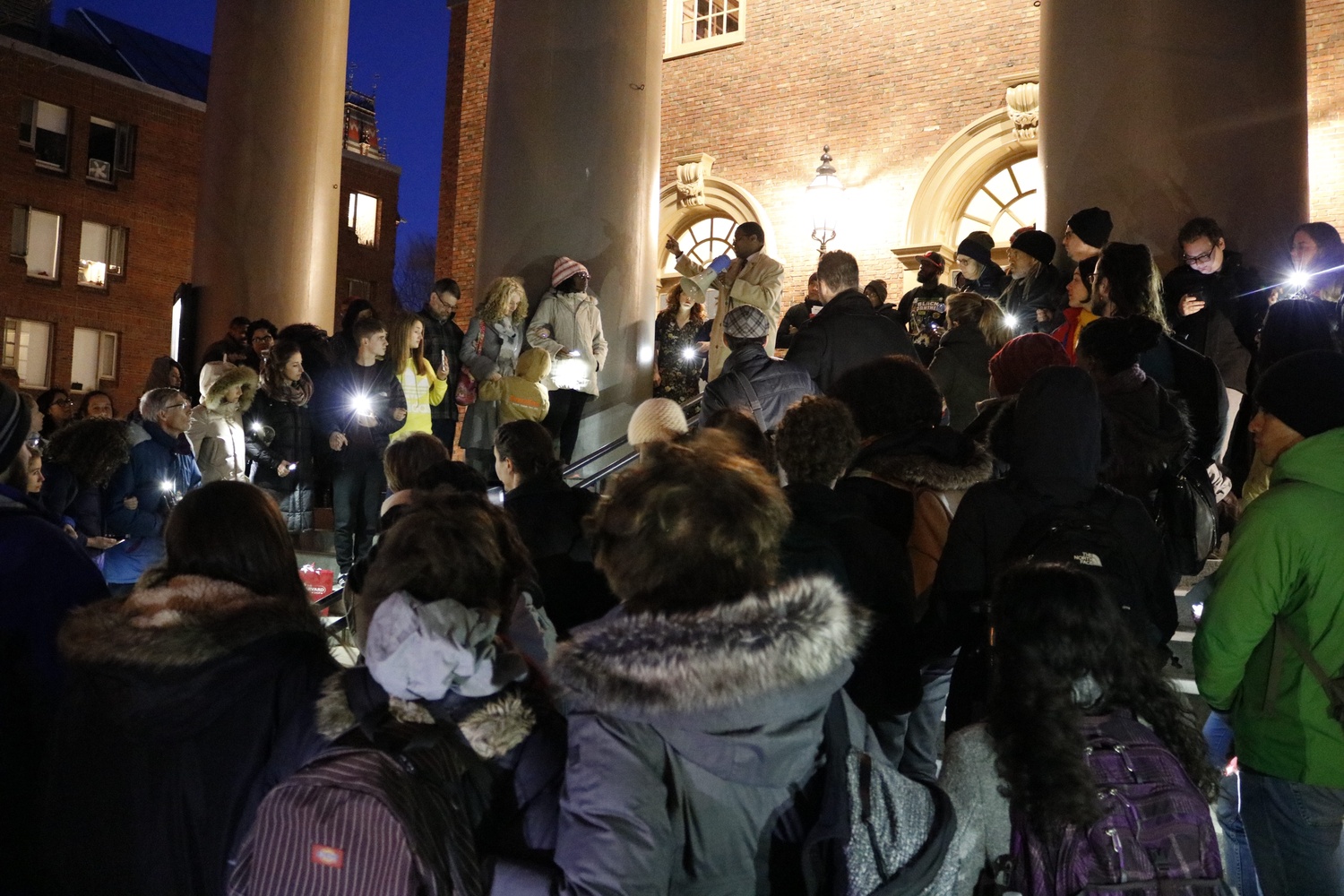 Artists, poets, and musicians joined a group of Harvard students, faculty, and staff as well as affiliates from other universities at Memorial Church Monday to support Deferred Action for Childhood Arrivals recipients affected by recent federal decisions on immigration.

The event, titled “A Day of Hope and Resistance,” was part of Harvard’s DACA Seminar, which began in February and will run through April. The day-long event consisted of workshops, performances, and a candlelight vigil.

Monday marked the deadline set by the Trump administration for Congress to pass protections for undocumented people and the last day for DACA recipients to apply to renew their status. That deadline, though, is essentially moot after two court decisions halted the administration's termination of the program. Still, DACA recipients at Harvard and the country are concerned about potential lapses in their legal status.

“The [Trump] administration has said that undocumented immigrants in this country should be afraid,” Gonzales said. “With the political discourse from the campaign trail, through the election, through all of the executive orders, from the travel ban through the ending of DACA and TPS, is the creation of fear by design.”

“Communities are very aware that a walk in the park, playing basketball on a local playground, that sitting on a stoop could land someone today in detention or deportation procedures,” Gonzales added.

The event was intended to give people affected by Trump’s repeal of DACA an opportunity for personal expression.

“Because we know that this day has been such a source of anxiety and uncertainty for the millions of families that it affects, we here on campus wanted to create a space of community and strength and creativity,” said Kirsten A. Weld, an associate professor of History, who helped organize the event. “What’s going to be needed in order to fight the criminalization of immigrants in our communities is creativity and coalition building.”

Savannah J. Miles ’18, emphasized the importance of the event being held at a location central to Harvard’s identity.

“I think there’s something especially moving about the fact that it’s in Memorial Church, which is this iconic Harvard structure that seems to represent the mores of Harvard,” Miles said. “To have this day of resistance in this location is pretty inspiring. It shows that there is hope for the changes that people are trying to make here and that Harvard will stand behind this.”

RodStarz—a member of the hip hop group Rebel Diaz—ran a workshop early in the day about hip hop and immigration and praised Harvard’s decision to organize such an event.

“From an outsider’s perspective, Harvard is world-renowned as being a top educational institution,” he said. “For a school this prestigious to have not just a day, but a whole seminar dedicated to DACA is very timely and important.”