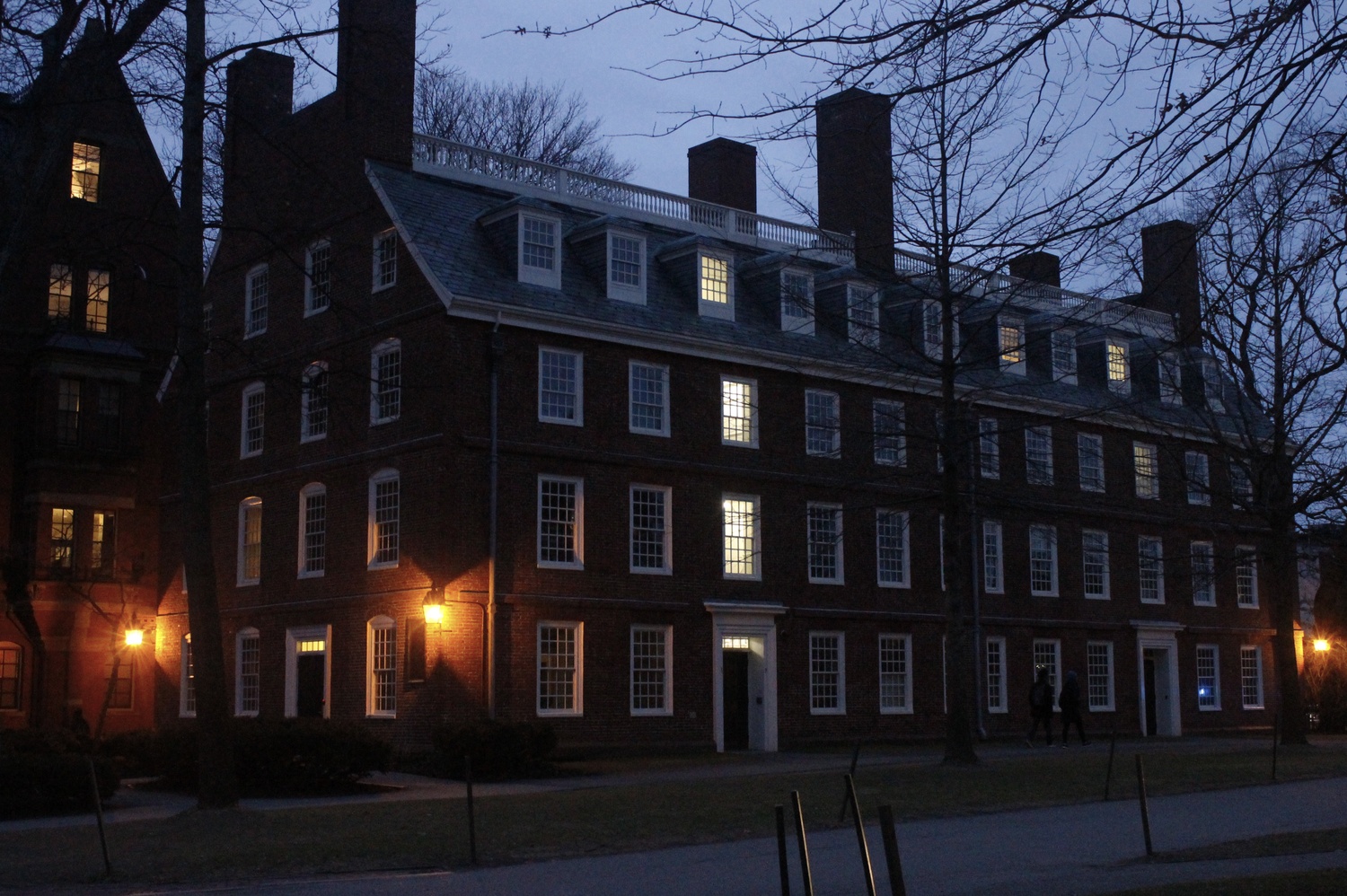 Harvard administrators opted for a conservative approach to reopening amid the coronavirus pandemic that has kept on-campus case rates consistently low but left students scattered across the globe. By Kathryn S. Kuhar
By Grace A. Greason and Ruth A. Hailu, Crimson Staff Writers

Activists, students, and faculty gathered this week at a three-day event to discuss prison education reform at Harvard, demanding the University implement a degree-granting program for incarcerated people and lower barriers to the admission of individuals with criminal records.

A Tuesday panel at the Beyond The Gates conference featured speakers including University professor Danielle S. Allen and Michelle Jones, a graduate student at New York University who garnered national headlines last fall when her application to a Harvard Ph.D. program was rejected. The New York Times reported in Sept. 2017 that administrators rejected Jones in part because of her criminal history, though several faculty members had advocated for her admission.

Some organizers and attendees of the three-day event had three demands for the University: that Harvard implement a degree-granting education program in prisons, offer support for formerly incarcerated students after they are released, and establish a “ban the box” non-discrimination initiative preventing the University from inquiring about applicants’ criminal histories during the hiring and admissions process.

More than two dozen student groups, including the Harvard Organization for Prison Education and Reform, the Undergraduate Council, and the Harvard Black Students Association, co-sponsored the list of demands. Before Tuesday’s panel, students organized a rally in Harvard Yard in support of the conference’s goals for prison education reform.

During the panel, Jones said she thinks the University is losing a valuable perspective when discluding incarcerated individuals.

“Leaving us out with exclusionary practices based on race, sex, class, and criminality, you are lost,” Jones said. “You're missing the beautiful critique. You're missing that extra examination that comes from my experience having been incarcerated.”

Asked about the three demands and about Jones’s criticism, University spokesperson Anna Cowenhoven pointed to a statement Harvard released at the time news of Jones’ rejection broke.

“The Graduate School of Arts and Sciences (GSAS) is committed to recruiting and enrolling students from groups underrepresented in graduate study and strives to create an inclusive and supportive environment where all students can thrive and grow academically and personally,” the statement said.

Jones emphasized Tuesday that incarcerated individuals are capable of attending academic institutions like Harvard, but have historically been denied access.

“There are thousands of incarcerated people who've been lucky enough to have access to a higher education that allowed them to display what they already had within them,” Jones said. “I think we need to remember that because we are people who happened to be incarcerated as opposed to some monster that has been transformed by the magic of education.”

Evan C. MacKay ’19, student director of Harvard Organization for Prison Education and Reform, said he thinks Harvard should implement a “mixed classroom model” that would take students from campus to prison to learn alongside incarcerated students.

Harvard used to have such a program. From 2008 to 2013, the Prisons Studies Project sent Harvard students to take classes at Norfolk Prison in Norfolk, Mass. in conjunction with incarcerated individuals. The program later ceased due to a lack of funding.

“I had a chance to expand my mind and get challenged. And that's the biggest accomplishment that you can do while being incarcerated, is challenge somebody to be better than what they are,” Grice said. “I don't know if you understand that you are a number inside. My name was not Paul Henry Grice III, and I say it all the time, let me say my full name, because for four and a half years I was 15980751.”

The Undergraduate Council endorsed the conference’s demands in a vote Sunday.

Salma Abdelrahman ’20, a UC representative for Leverett House, said she believes the “ban the box” initiative would lead to a more diverse student body.

“That is a step forward in making sure that Harvard doesn't further incarcerate formerly incarcerated people by barring them from entering institutions that they're qualified to enter simply because of a criminal history or criminal record,” Abdelrahman said.

Harvard asks applicants to its undergraduate program to disclose any criminal or discipline history on the Common Application, which most students use to apply to the College. The Graduate School of Arts and Sciences application, however, does not inquire about applicants’ criminal histories.

The GSAS admissions office describes how it takes into account applicants backgrounds—presumably including their criminal histories—in a statement on the FAQ section of its website.

“Program admissions committees review all applicants in a comprehensive way, considering their past educational attainments and the contributions they can make to the academic community and to their field of study. Applicants will not be denied admission based on their disclosure of conviction and should not be discouraged from applying,” the statement reads.

“Harvard is not trying to do something radical, but instead we're just trying to get on the same page as everyone else,” Wyville said.

A previous version of this article incorrectly indicated that Yale and Columbia offer degree-granting programs to prisoners. In fact, Yale does not offer such a program; and Columbia offers a program that gives prisoners credit they can use toward obtaining a degree at peer institutions.

—Staff writer Grace A. Greason can be reached at grace.greason@thecrimson.com.