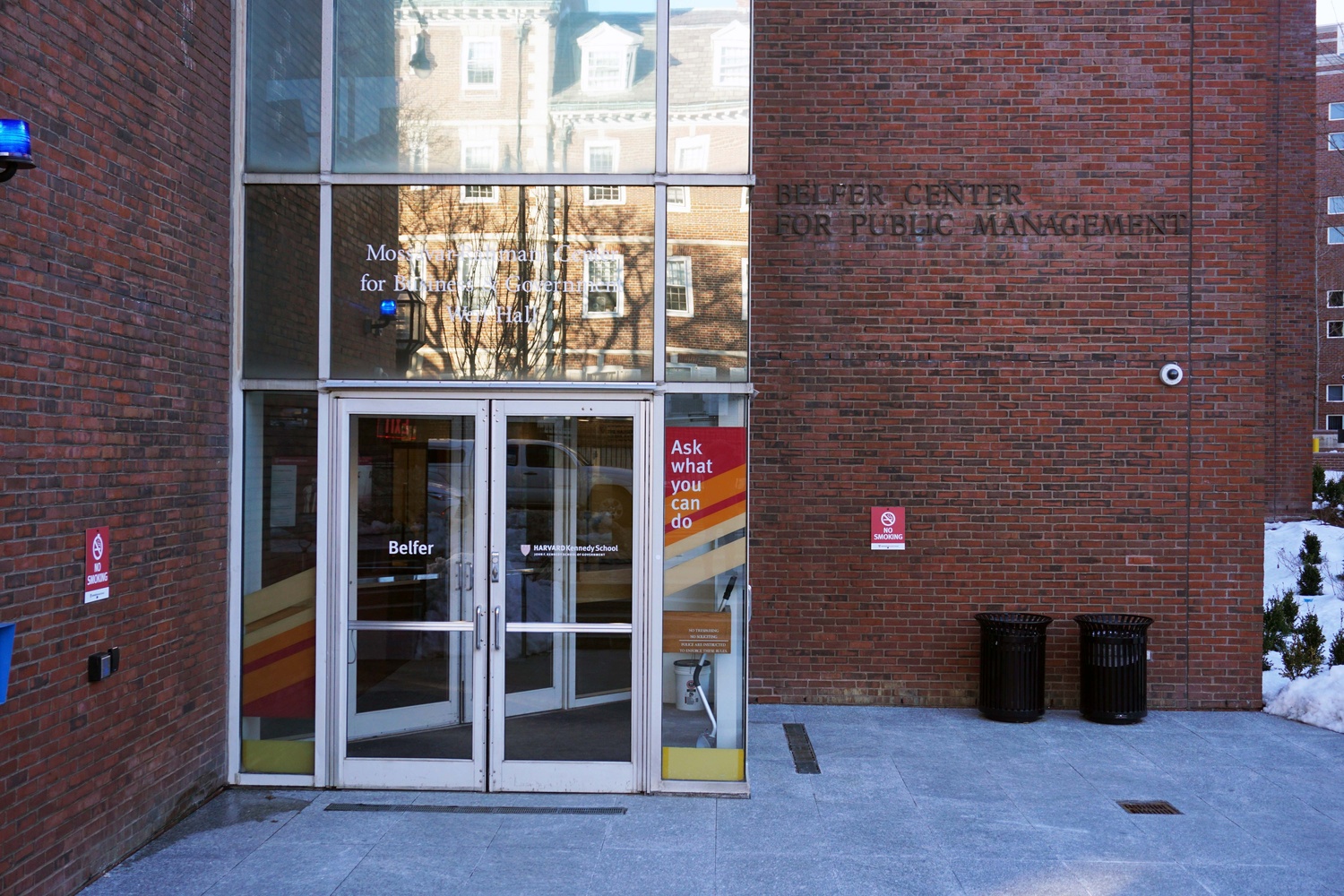 Harvard Kennedy School’s Belfer Center for Science and International Affairs has partnered with Bank of America to start an initiative to study the societal impacts of artificial intelligence, the Kennedy School announced Tuesday.

The effort, called the Council on the Responsible Use of Artificial Intelligence, aims to bring together academics with public and private sector professionals to discuss the “legal, moral, and policy implications” of adopting AI technologies. Bank of America will fund the program for its first three years, according to a Kennedy School press release.

Geology Professor Daniel P. Schrag, who is the co-director of the Belfer Center’s Science, Technology, and Public Policy Program, said the aim of the council will be to “figure out the rules of the road” for AI technologies in the future.

Four themes that the Council will cover include “privacy,” “rights, justice, and equality,” “transparency,” as well as “workforce,” according to the press release.

Schrag also said that Harvard’s resources and stature will help the initiative bring together a diverse group of experts.

“The idea of the council is to convene a group using Harvard’s convening power and wide range of expertise in the space to explore the ethical and policy dimensions of [machine learning] and AI,” Schrag said. “These fields potentially have enormous benefits, but also risks.”

“As business, public, and private entities rush to realize the efficiencies and effectiveness of AI, we will examine how these benefits are balanced with the human components of AI to determine how best to reskill the workforce for an AI world,” Bessant wrote.

Previous efforts to convene working groups on AI, according to Schrag, tended to be focused within the technology industry, rather than involving the broader service and manufacturing sectors, which also utilize these technologies.

In addition to the Kennedy School, Schrag said the council will include affiliates from the Law School, the Business School, and the School of Engineering and Applied Sciences, along with researchers from outside universities including MIT.

The council plans to have its first meeting in the fall, Schrag said, and is currently working on building its staff.