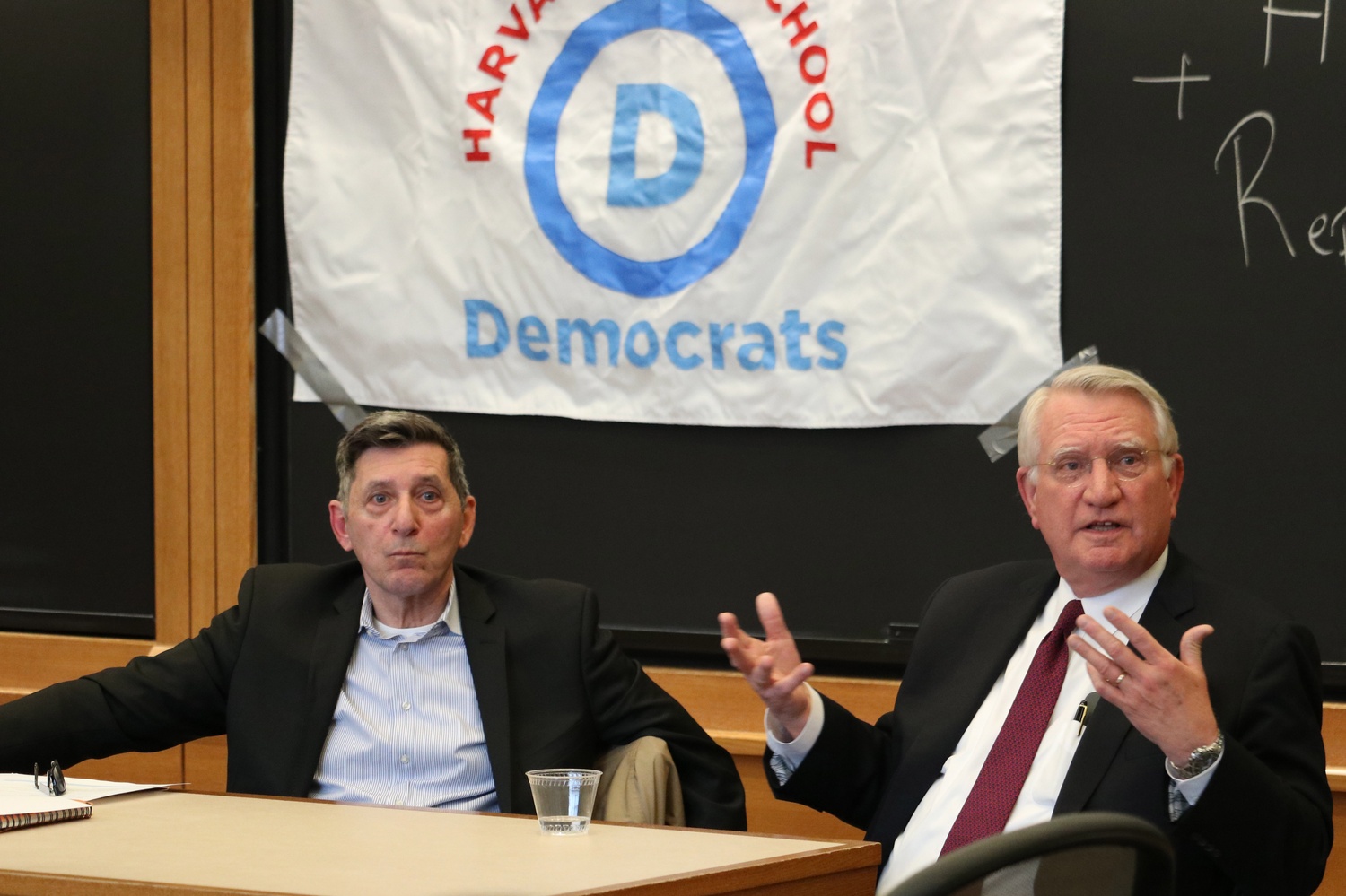 Thursday afternoon’s talk marked the conclusion of The Opioid Crisis and the Law, a four-part series held over the past two months at the Law School. The series launched on March 1 with a panel of state and local policymakers who spoke about their experiences dealing with the current epidemic. The event also included two talks on the judiciary’s response to the epidemic and racial dimensions of the opioid crisis.

Edward Delman, the organizer of the series, said he hoped to draw Law students' attention to the pressing and complex issue.

“One of my main hopes in bringing this conversation to campus was to open people’s eyes to what is going on around the country,” he said. “It’s such a multi-faceted crisis. It’s a criminal issue, it’s a public health issue, it’s a structural issue, it’s a legislative issue. It encompasses all branches of government and so many different sectors.”

Despite being divided along party lines—Botticelli served under Barack Obama and Walters served under George W. Bush—the two former drug czars said they agreed on a great deal when it comes to combating such a serious national epidemic.

“We both come here with the spirit of bipartisanship,” Botticelli said.

Both men said they were alarmed by the unmitigated crisis and the lack of urgency with which it is being addressed.

Walters said policy makers should consider the opioid epidemic as an instance of mass poisoning.

“We are losing over 60,000 people a year. That’s an old number because it’s been growing at 20 percent a year and that’s a 2016 number,” Walters said. “We are turning our back on tens of thousands of people every year.”

In the course of the talk, Walters and Botticelli proposed various steps federal and state governments should take next to combat the epidemic, like measures to improve treatment for victims and counteract stigma.

“Epidemics don’t come out of a vacuum. There were significant environmental conditions that existed prior to the environmental,” Botticelli said.