The Crimson is now caught in a race against Columbia for a second-place Ivy League finish. 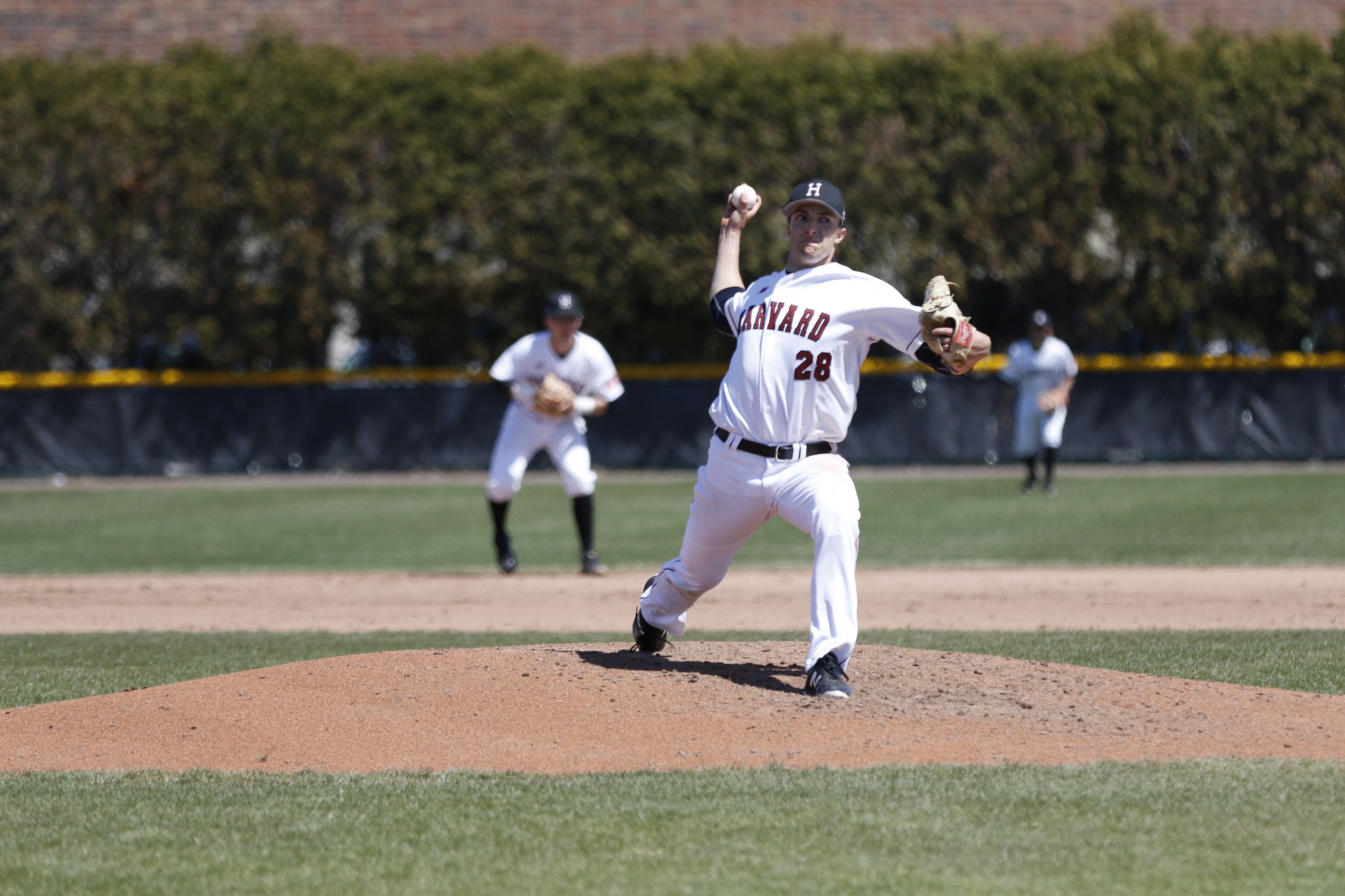 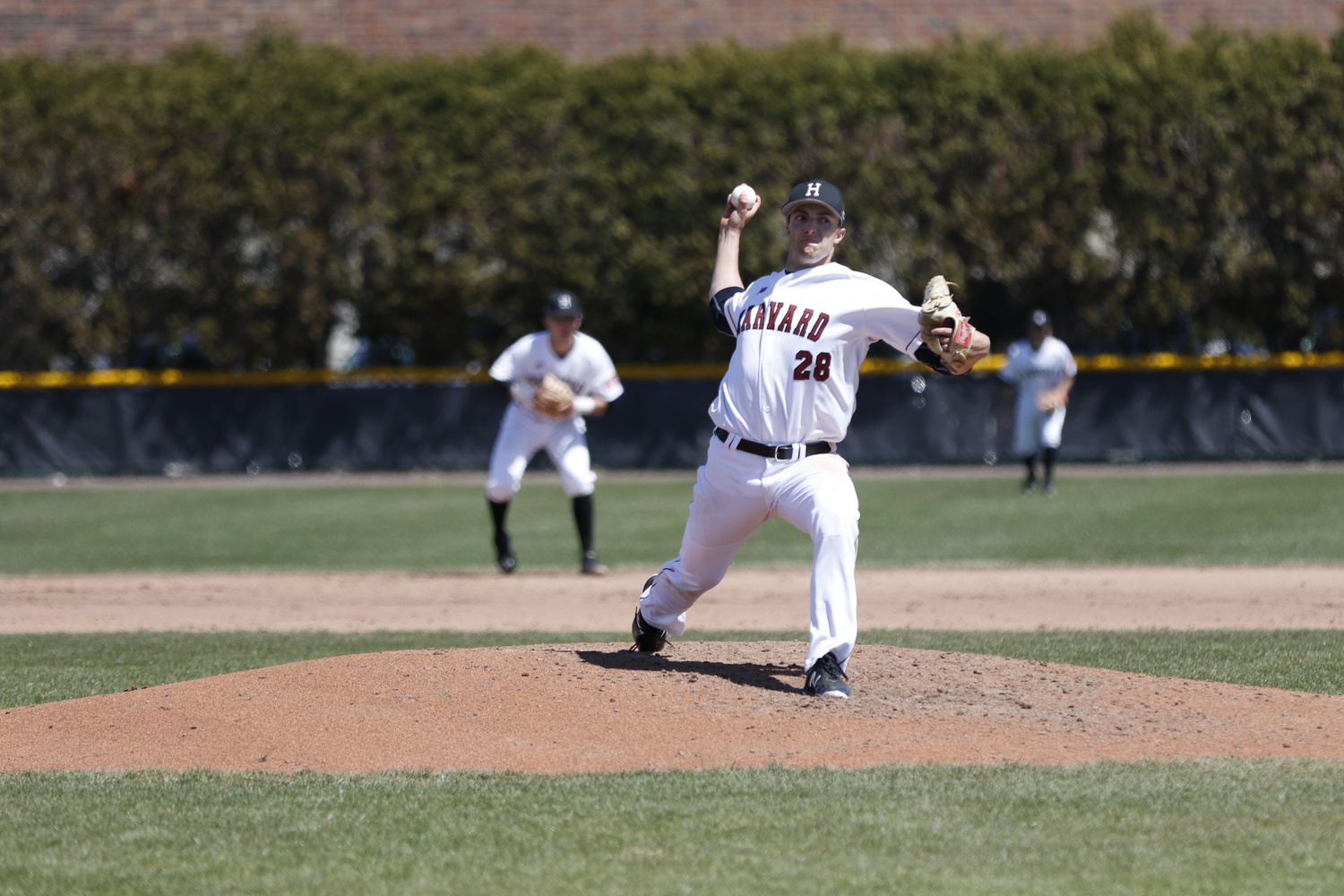 In the penultimate series of 2018, the Harvard baseball team dropped two of three to Cornell in Ithaca, N.Y., to fall a game behind Columbia for the second Ivy League spot with just one series left in the regular season.

The series against the Big Red concluded a grueling stretch of nine games in eight days for the Crimson. Harvard (20-19, 10-8 Ivy) got off to a great start in that stretch, winning five of the first six, including a sparkling sweep over Princeton to vault into Ivy contention, but couldn’t put away an upstart Big Red (11-18-1, 6-9) team to cap it off.

Visiting Hoy Field over the weekend, the Crimson burst out of the gates hot in all three matchups against Cornell, jumping out to leads of 4-0, 4-0, and 3-0, but fell prey to the Big Red offense in disappointing 10-8 and 7-4 losses in games one and two. Harvard avoided a sweep by holding on for a 6-2 victory in the series-capper on Sunday, staying within striking distance of Columbia, which took two of three from Penn to inch ahead in the table.

“Everyone on the team doesn’t think that we played as well as we have been playing in the past, and as we could play,” said junior first baseman Pat McColl. “It was good to come out on Sunday with a win to finish off the weekend, but we’re definitely pretty disappointed with Saturday.”

In the race for the top Ivy League spots, in which the top two finishers in the conference standings will play a winner-take-all championship series in mid-May, the series was a crucial one. Cornell doesn’t have a shot at winning the Ivy, but taking two of three from a high-flying Crimson team hoping for more certainly altered the race.

“It definitely wasn’t the result that we were looking for,” said junior center fielder Ben Skinner. “Thought we put up a decent effort, ran into a team that was hot. We’re definitely a little disappointed, but we’re trying to have a short memory with this one, and we’re looking forward to the series against Dartmouth.”

The race is now one entirely for second place—preseason favorite Yale is now untouchable in first with a 14-4 conference record, while Columbia and Harvard sit a game apart at 11-7 and 10-8 in the Ancient Eight, respectively.

If both falter, Dartmouth (11-20-1, 7-6-1) in fourth can overtake both teams with a stellar run to end the season. The Big Green control its own fate—the Crimson takes on Dartmouth to close the season in two weeks.

“[My body’s] a little beat up from a lot of games, but we have two weeks here, with finals, to get ready and prepare for Dartmouth and finish off the season strong.” McColl said.

Harvard held onto an early lead for the first time all weekend, making single tallies in the first, second, and third hold up for a 6-2 victory on a Sunday afternoon in Ithaca that featured light snow and rain.

Junior designated hitter P.J. Robinson provided an RBI single and a solo shot in the first and third and Skinner lifted a sac fly in the second to account for the Crimson’s 3-0 leading coming out of the third inning.

Junior righty Simon Rosenblum-Larson put up scoreless innings after each time Harvard scored, one of the most important things a pitcher can do. The team leader in K/9 and second-leading pitcher on team in innings pitched was effective through the first three, giving up no hits, despite walking three and hitting a batter. Rosenblum-Larson’s final line was 6.1 IP, two hits, one earned run, and five walks with nine punchouts.

Cornell made it close with a two-run seventh to cut the lead to 3-2, but senior second baseman Matt Rothenberg, Skinner, and Bigge all knocked in RBI hits to swell the lead to 6-2 in the eighth and ninth.

Robinson finished the day 3-for-4 with two runs scored and two RBIs, while Skinner also posted two RBIs in a 2-for-4 showing.

Robinson is now third in the Ivy League with a .444 on-base percentage in conference play and sixth in both batting average and slugging percentage. Skinner is third with 27 hits in Ivy competition.

Sunday’s snow and rain came after Saturday featured both a sunny, bright morning and a colder, rainy afternoon. The weekend’s weather didn’t contribute to ideal baseball-playing conditions, but McColl downplayed the effects they had on gameplay.

“The weather conditions definitely weren’t great all weekend,” McColl said. “I think it affected [gameplay] a little bit, but we definitely didn’t play as well on defense as we should’ve, regardless of the weather.”

Five of the top six hitters in the Cornell lineup posted an RBI each to lead the Big Red to a comeback win over the Crimson, 7-4, in the second Saturday game.

Freshman pitcher Buddy Hayward pitched 4.1 stellar innings of one-hit, seven-strikeout ball in relief of junior starter Kevin Stone, who got the loss after giving up 10 hits and three earned runs in 3.2 IP, but the rookie’s hold couldn’t do anything about an offense that was held scoreless after the second inning.

Big Red righty Seth Urbon defanged the Harvard attack after giving up four runs through the first two innings. The sophomore settled in for 7.0 IP and worked several short scoreless innings as his offense started the rally behind him.

Led by senior offensive heavyweights Dale Wickham and Ellis Bitar, the Cornell offense scored twice in the second, once in the third, and put up a decisive four-spot in the fourth to take a 7-4 lead that lasted for the remainder of the game.

The Crimson’s best chance to get back into the game was when it had runners on first and third with two outs in the fifth, but the opportunity was quickly snuffed by Urbon.

The Big Red ended up outhitting Harvard, 11-5, despite making four errors to the Crimson’s two.

Riding on a stretch of five wins in six games, Harvard may have been caught off-guard in game one by a feisty Cornell squad that came back from a 4-0 deficit and took a surprising 10-8 offensive-brawl victory.

Defensive mistakes came back to bite the Crimson in full force on Saturday. Harvard made four costly errors in the field accounting for five unearned runs.

The miscues forced the team’s ace, senior righty Noah Zavolas, to stay out on the mound after the inning should have been over. Zavolas, having already pitched in all three series in the grueling nine-game stretch, extended his pitch count to 103 before bowing out after 5.0 IP, six hits, six runs, and only one earned run.

“Defensively, we didn’t do a good job,” Skinner said. “We didn’t give Noah the support that he needed. Unfortunately, that ended up costing us—we made some errors that ended up having a significant impact on the game. We definitely want to play solid defense, and that’s not something we were able to do [in game one].”

Cornell did its part with timely hitting, making the Crimson pay for giving away free outs.

Led by the middle of the order—Big Red hitters two through five in the lineup did huge damage, going 8-for-16 on the day with five RBIs and eight runs scored—the Cornell offense put up a three-spot in the third and two more in the fourth to take a 5-4 lead.

After Harvard knotted it up at 5-5 on a sac fly from senior outfielder Austin Black, the home team pulled away with a four-spot in the sixth against Crimson freshman reliever Jack Mahala. The damage done, the 9-5 lead was insurmountable for Harvard, even with seventh- and eighth-inning rallies to bring it back to 10-8.

Errors on defense have been weakness the squad has had all year long, as the Crimson is tied with Princeton for the Ivy League lead in most errors made in conference play at 54.

Sophomore outfielder Jake Suddleson staked the Crimson to an early lead, lacing an RBI double down the left-field line to score two in the first inning and coming around to score on a wild pitch to make it 4-0. Bigge knocked an RBI single through in the third to make it 5-1, setting the stage for Cornell’s comeback.