A Jewel Heist at Harvard

Yet that morning, when the police asked museum workers to check whether or not precious gems were missing, they realized that more than 100 museum items had been stolen over the course of nine months, and that the theft had remained undetected for almost a year.
By Patricia J. Liu 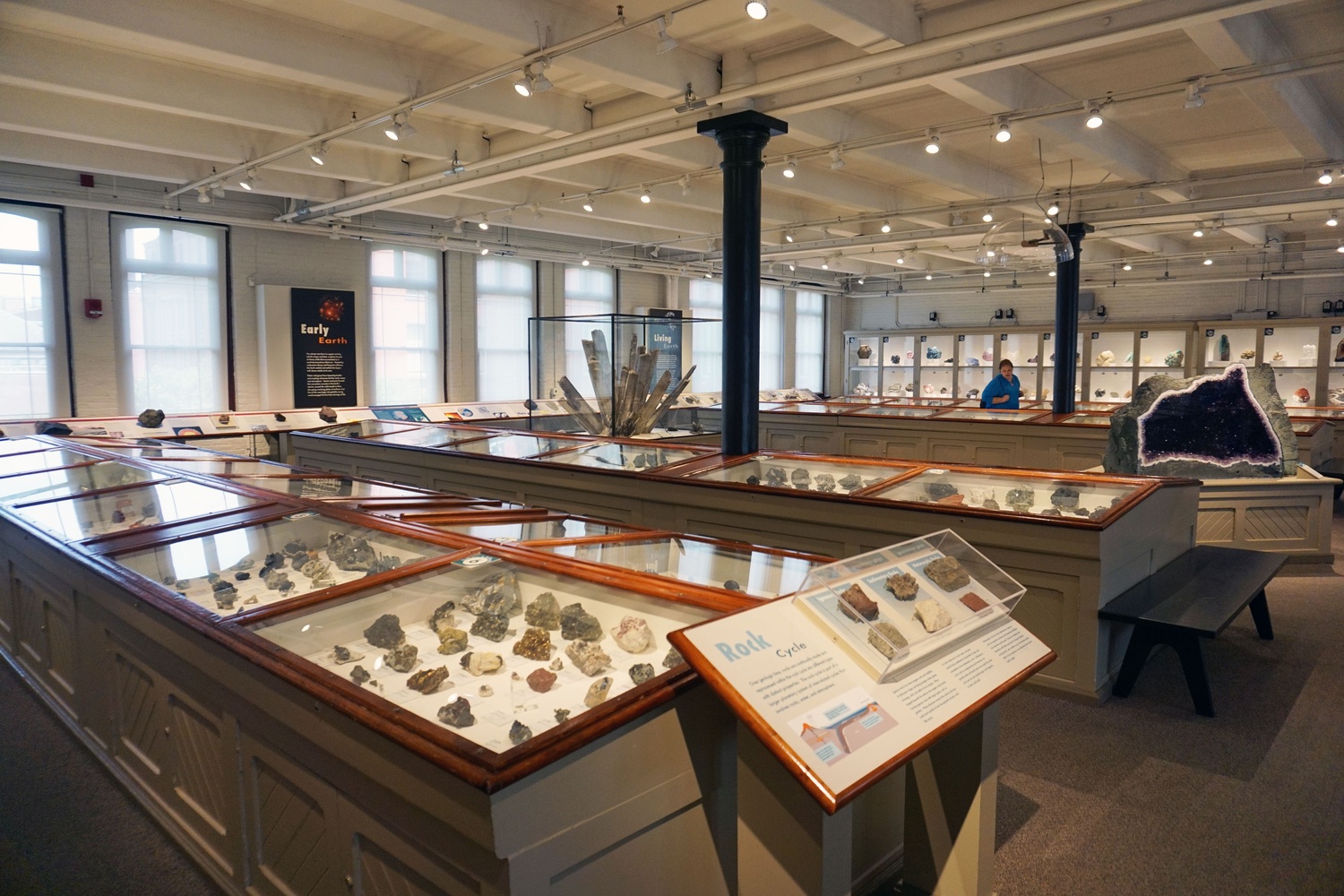 The morning of April 20, 1993 seemed like a typical one for the Harvard University Mineralogical Museum.

Yet that morning, when the police asked museum workers to check whether or not precious gems were missing, they realized that more than 100 museum items had been stolen over the course of nine months, and that the theft had remained undetected for almost a year.

Perhaps most surprisingly, the culprit was an insider—James “Jim” A. Hogue, an Extension School student studying mineralogy.

Hogue’s Harvard robbery was not his first feat of deception. The robbery wasn’t even his first time deceiving the Ivy League. Before coming to Harvard’s red-brick university buildings, Hogue graced the Gothic architecture of Princeton University as an undergraduate in the class of 1992.

A ranch hand who had never enrolled in high school, Hogue lived on his own. His father had died in a car accident and his mother had recently died of leukemia in Switzerland. He presented himself to the Princeton admissions department as “Alexi Santana,” an autodidact who grew up in the desert.

Hogue proved to be an exceptional Princeton student, excelling in difficult courses and leading the track team. His improbable story impressed his peers, eventually earning him entrance into the Ivy Club, one of Princeton’s most exclusive eating clubs. His childhood was a construction of his imagination—but his grades, his running ability, and his Ivy Club membership were not.

Jesse Moss, who directed Con Man, a documentary about Hogue, said the impostor’s alias may not have been a totally false identity.

“His true self, his authentic self might have been more ‘Alexi Santana’ than ‘Jim Hogue’ at that point in his life. He had a found a full expression of himself at Princeton where he could be his most idealized self, ” Moss said. “He was a success. He was a big man on campus.”

Moss said Hogue was on track for a Rhodes Scholarship and other accolades that often accompany a Princeton education. But it was on the athletic track that Hogue ran into trouble: somebody from his past recognized him.

Before Hogue’s acceptance into the Ivy League, he had taken up another alias, “Jay Huntsman,” at Palo Alto High School. His fabricated identity was similar to the one he would claim at Princeton—a self-educated orphan from Nevada—but this time, he claimed to have lived on a commune, making him eligible to enroll in high school.

After winning the largest high school cross-country meet in the nation, a local reporter researched the outstanding runner and eventually revealed him as an impostor, forcing him to leave Palo Alto. The real Jay Huntsman had died as an infant in 1969.

Hogue was exposed as a con artist at Princeton in similar fashion. Renee Pacheco, a Palo Alto alumna and Yale University student, recognized Hogue in February 1991 at a Harvard-Yale-Princeton running competition. Princeton was soon notified of Hogue’s true identity. 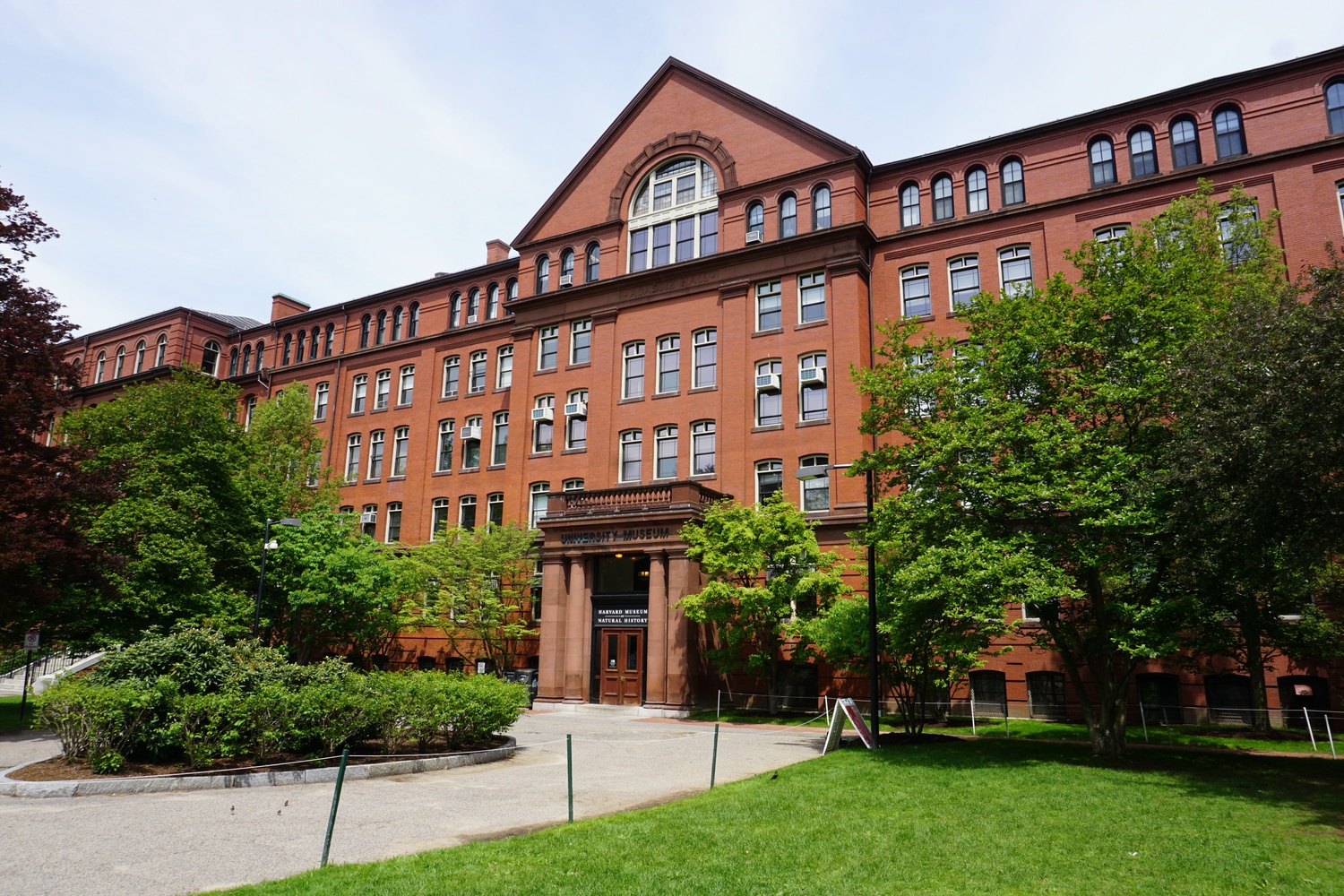 The Harvard Mineralogical Museum was the site of the heist. By Jacqueline S. Chea

Following his sentencing, a Princeton professor, Giacinto Scoles, who had taken a liking to Hogue, helped him move to Cambridge. Hogue enrolled in the Harvard Extension School and became a part-time cataloguer for the Mineralogical Museum in the fall of 1992. Scoles did not respond to requests for comment.

Over the course of nine months, Hogue quietly stole gold, silver, rubies, opals, and more than 100 other precious and non-precious gems from his employer. It was only when the Harvard University Police Department received a tip that Hogue was in the Cambridge area that law enforcement began investigating his activities at the Mineralogical Museum.

The investigation, led by Detective Richard Mederos, Detective Paul Westlund, and Sgt. Kathleen Stanford, brought the team to Hogue’s Somerville home on May 10, 1993.

In the home, officers found the gems, furniture from the museum, and a microscope valued at $10,000 according to police reports. Hogue was quickly charged with larceny and receiving stolen property and was sentenced to five years in prison. He later received another five-year sentence for violating his previous parole arrangement.

HUPD’s recovery was “one of the largest, if not the largest recovery dollar-wise in the history of the department,” Lieutenant John F. Rooney said after the arrest.

Spokespeople for HUPD and the Mineralogical Museum declined to comment for this story.

‘A Kind of Gatsby’

“I wanted to start all over again without any burdens of my past,” Hogue said in an interrogation with the Princeton University Police.

Though Hogue’s life has been marked by a string of thefts, Moss, who made the film about him, said money was never his motive. Hogue was more concerned about “intellectual” and “athletic” pursuits, which is what made him “a kind of Gatsby” and “a truly, mythic American character,” according to Moss.

Keith Mark, one of Hogue’s friends featured featured in Con Man, talked about their hometown of Kansas City and Hogue’s escapades in the Ivy League.

“I’m amused he pulled the wool over Princeton. I wouldn’t be so amused if he pulled it over Northern Iowa,” Mark said in the documentary. “Here in the Midwest, you’re supposed to get the wool pulled over your eyes, but not at Harvard, not at Princeton, not the Ivy League.”

After the arrest at Harvard, Hogue went on to cycle in and out of prison. He is currently serving a nine-year sentence at a Colorado state prison for charges of felony possession of burglary tools and theft and obstructing a peace officer. He is not allowed to receive calls from the press.

Some who have examined Hogue’s life said they see a story of not just a history of crime, but of class politics and limited opportunity.

“To me, it was always a story of social class and mobility and, I think, an exposure of the lie of meritocracy that I think the Ivy League and some of these selective universities put forward about who they admit,” Moss said.