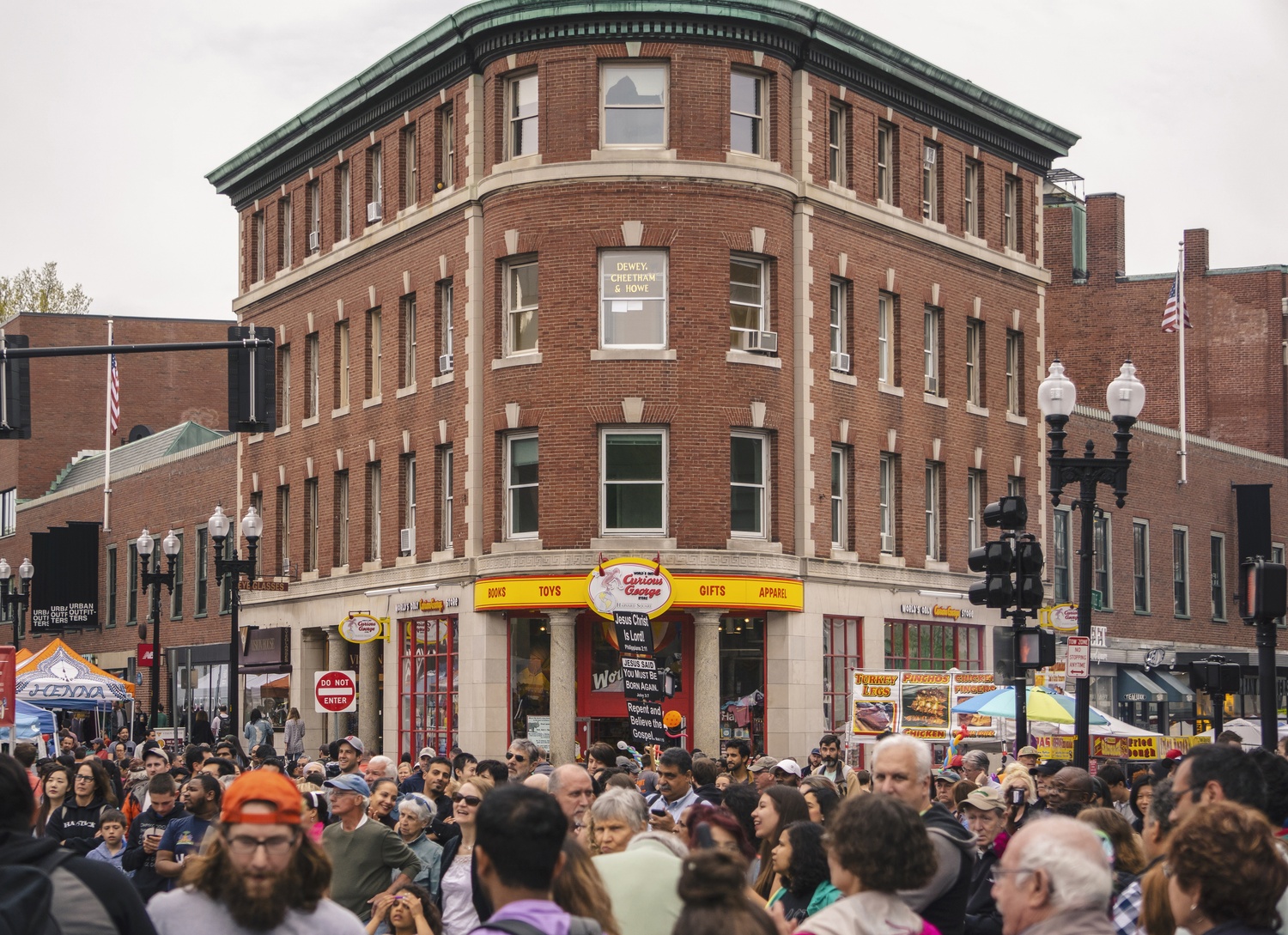 Breaktime is set to open near Harvard Square this fall. By Justin F. Gonzalez
By Truelian Lee, Crimson Staff Writer

Breaktime, a cafe that will be staffed by homeless youth and young adults, is set to open near Harvard Square this fall.

In addition to operating as an eatery, the establishment will offer vocational training, employment, and career mentorship to its employees, according to co-founders Connor Schoen ’21 and Tony Shu ’21. Schoen said that Breaktime has confirmed a location near Harvard, but the team is waiting to announce it to the public.

“Companies aren’t necessarily compassionate toward the challenges the homeless face,” Shu said. “Sometimes there is discrimination because of the stigma associated with homelessness, and some companies correlate homelessness with ability or trustworthiness.”

Breaktime will sell its own coffee, and will most likely be offering smoothies, cheesecakes, sandwiches, cookies and brownies, according to Schoen. The cafe will also be partnering with food vendors like Union Square Donuts.

The organization is also working to develop vocational training programs with nonprofit organizations and to start a career mentorship program with volunteers experienced in the professional world.

“We wanted to bring more attention to longer-term solutions to homelessness. One way to address that is through employment and training and mentorship and a supportive and loving network,” Shu said.

Shu said cafes are appealing because “a cafe is a place where the community comes together.”

“What we want to stay away from is isolating employees and purely branding ourselves as the homeless store,” Shu said.

Shu and Schoen said they came up with the idea for Breaktime after speaking with individuals staying at Y2Y, Harvard Square’s youth homeless shelter, earlier this year. These conversations led Shu and Schoen to realize how difficult it can be to find and keep a job while homeless.

The two then recruited a team of 10 to develop a website, write grant applications, fundraise, and forge connections with other nonprofit organizations.

Schoen and Shu have also started a GoFundMe to cover opening costs and have raised over $3,800 to date.

“We have almost met our goal for initial grant money,” Schoen wrote in an email. “And we have offers for debt and equity investments for the gaps we can’t fill with grants.”

Looking back over the past few months, Schoen noted that, though Breaktime’s mission has stayed constant, the idea of the cafe itself has evolved.

“Today, there are a lot of things that look different, but our core mission and motto has remained the same all throughout,” Schoen said. “Particular ways of achieving that has changed, and Tony and I are still open to further changes down the line as we learn through this pilot store what works and what does not.”

The United States Department of Housing and Urban Development reported in the 2017 iteration of its annual homelessness assessment that there were 17,565 homeless individuals in Massachusetts—and that 469 of these were unaccompanied youth under 25.