Men's Soccer Falls to Two Ranked Opponents on the Road 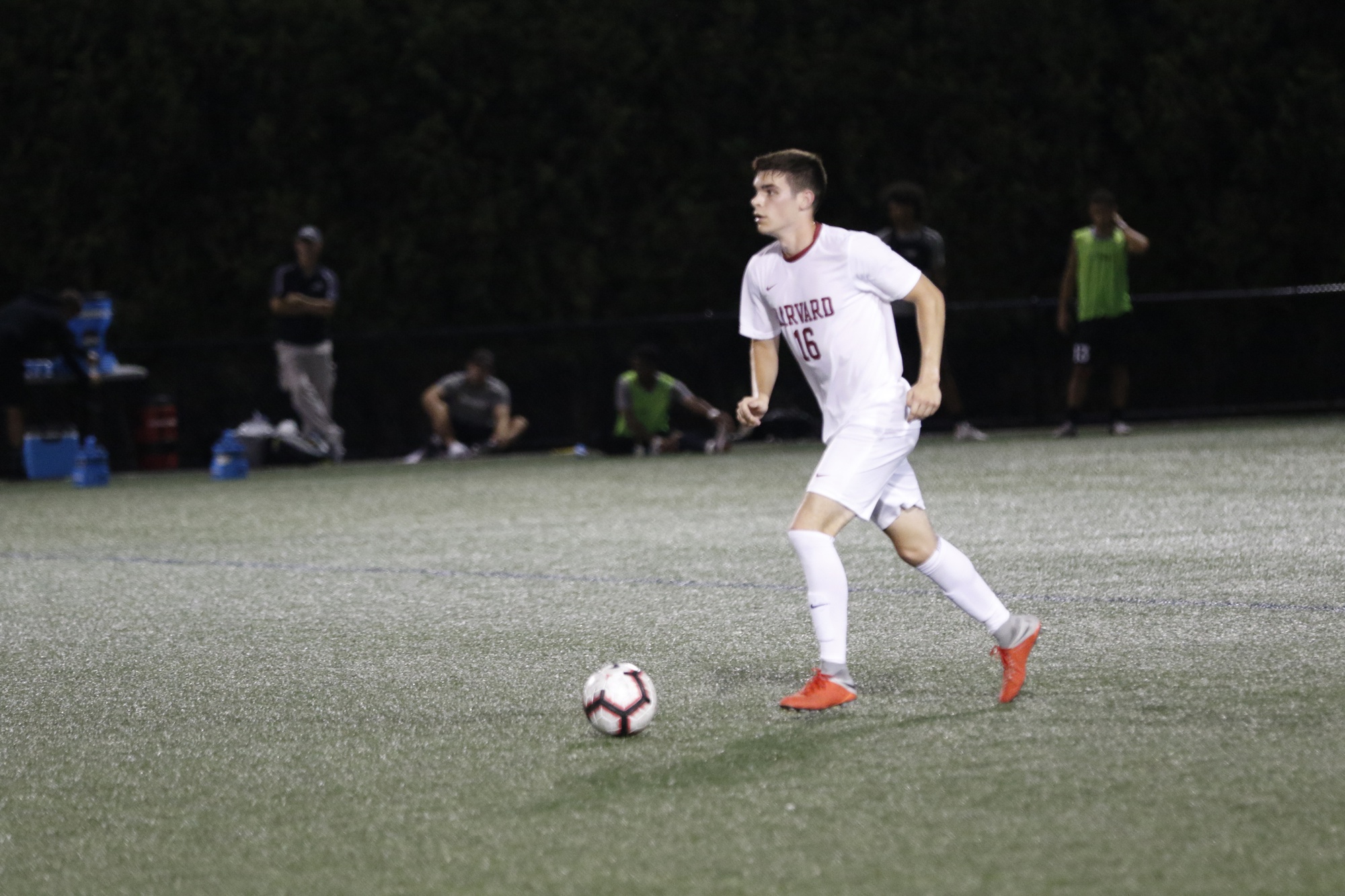 The Crimson ceded nine goals on the weekend, dropping a pair of matches to two ranked foes. The team has yet to hit its stride a third of the way into the season. By Timothy R. O'Meara
By Ronni Cuccia, Crimson Staff Writer

The Harvard men’s soccer team has had a slow start to the beginning of its season. However, several of the teams on the Crimson’s early-season slate have been ranked among the top 25 Division-I programs.

This weekend, Harvard (1-5) tripped to Colorado to challenge two such foes: No. 5 Denver and No. 23 Air Force. As their rankings may suggest, the home teams ran away with both games, as the Crimson fell to the Pioneers, 3-1, before bowing out to the Falcons by an even more lopsided score of 6-1.

Despite the disappointing results, Harvard has no choice but to extract the few bright spots from the weekend and look to build upon them as it prepares for the next opponent on the schedule.

“It was a tough loss, but we will use the film as an opportunity to see where we can improve,” said Crimson co-captain Nathan Goldberg. “We just need to focus on the next game at hand against Boston University.”

The Crimson’s Sunday matchup saw an already-writhing team clash with a Falcons (7-1) squad that entered the contest riding high on a six-game winning streak, accounting for all of their victories at the time.

This positive momentum fed the home team in its thrashing of the Ivy League visitors. And it did not take long for the the Falcons to draw first blood on a shot from 10 yards out in the eighth minute.

Air Force found the net again in the 27th and 45th minutes of the match, adding some cushion to its first-half lead. The Falcons showed no signs of letting up in the second half, striking two more times as the second half opened, in the 50th and 57th minutes.

Fellow freshman Nico Garcia-Morillo logged his first-ever assist on the play after finding Perez on the edge of the six-yard box. Perez’s shot crossed the plane after ricocheting off the frame.

In the 69th minute of the game, the Falcons had the last word, netting one last goal to silence the Crimson.

Two days before the 6-1 blowout in Colorado Springs, Harvard visited its highest-ranked competitor yet in Denver (6-0-1)—a new opponent for the Crimson program. Two Pioneers goals, courtesy of senior Andre Shinyashiki and redshirt freshman Brooks Crawford, within minutes of each other in the first half (24’, 27’) set the tone for the match.

Harvard’s lone goal of the match came from co-captain Sam Brown. Brown’s free kick strike from 20 yards got his Crimson on the board after two scoreless games.

Freshman goalie David Paquette logged a career-high nine saves in his second-ever appearance. Paquette and his supporting back line managed to keep the Pioneers in check until the 24th minute, when the defense appeared to break down and concede two crucial goals in rapid succession.

At the midpoint of the second half, Denver scored again to pad the lead at three—Shinyashiki tallied his second of the match, thrusting him into double-digit scoring for the season through just six games.

The next time Harvard plays will be against Boston University on Wednesday—the team’s first game at Jordan Field in three contests and the final match on the Crimson’s schedule before its Ancient Eight opener against Yale on the following Saturday.

“Collectively and individually we are constantly looking to improve,” said junior midfielder Taner Dogan. “The upcoming week and half without a match will give us time to train and address some areas of improvement.”