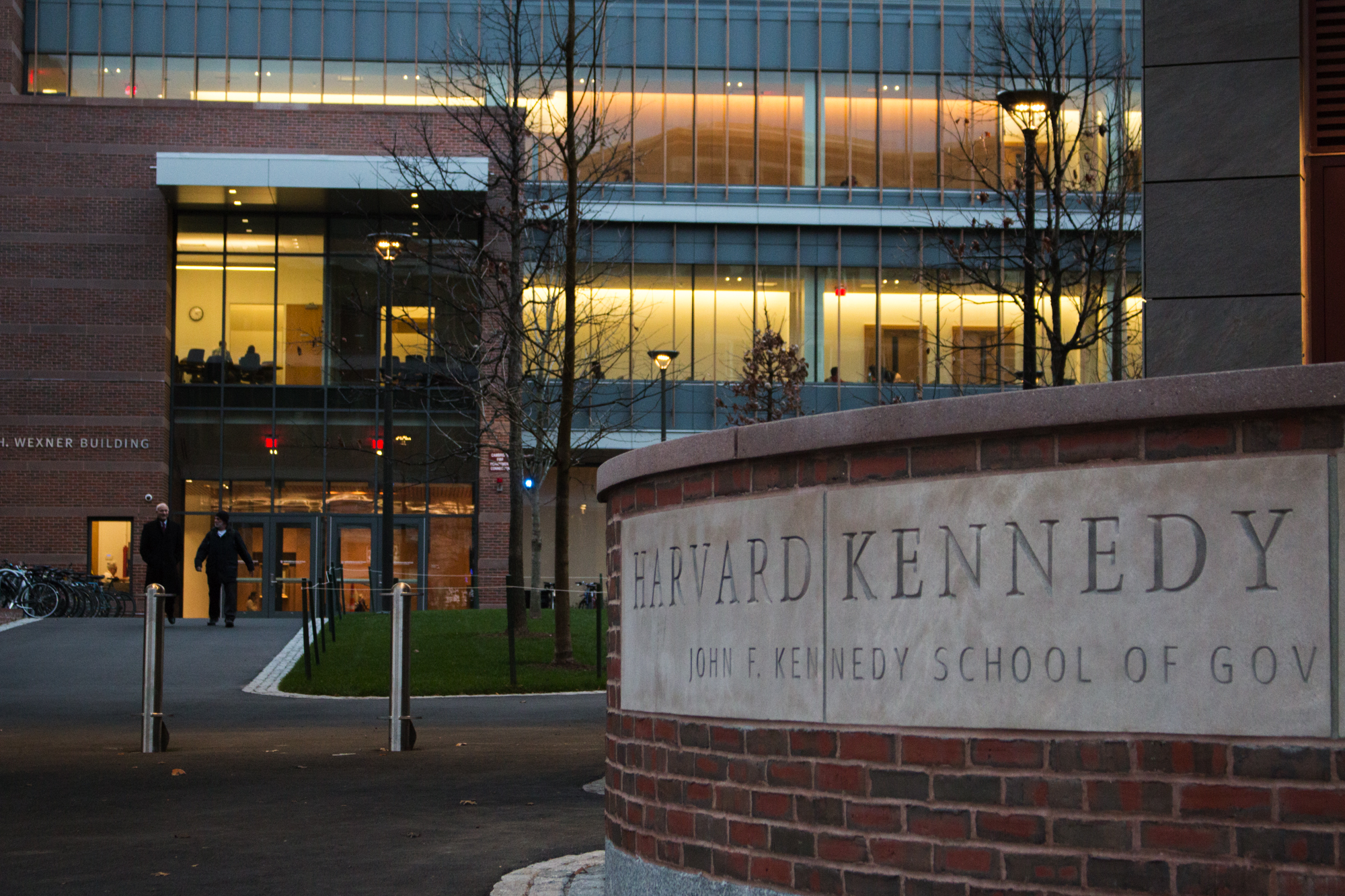 The Harvard Kennedy School, pictured in 2017.
By Alexandra A. Chaidez, Crimson Staff Writer

The Harvard Kennedy School, pictured in 2017. By Caleb D. Schwartz

The Harvard Kennedy School closed out its capital campaign at more than $700 million — surpassing the school’s original goal by $200 million — according to an August email sent to HKS affiliates by Kennedy School Dean Douglas W. Elmendorf.

The Kennedy School raised approximately $721 million in the campaign as of June 2018. The University-wide capital campaign began in 2013 and ended in June 2018—raising a record-breaking $9.6 billion, the highest amount ever raised by a single institute of higher education.

In an interview on Wednesday, Elmendorf said the money raised was not only to finance the Kennedy School but to also “support making a better world.”

"A lot of people at the Kennedy School on the staff and the faculty worked very hard to make a case to prospective donors that we would put their money to good use to advance the goals that we and they share of improving public policy and public leadership across the country and around the world, so that people can lead better lives,” Elmendorf said.

As of February 2018, the Kennedy School had raised more than $660 million. The school had surpassed its goal of $500 million by March 2017, collecting roughly $580 million by that point.

Approximately 18 percent of the money — $130 million — will go to student financial aid. In all, 40 new fellowships have already been added with funds raised from the capital campaign.

Elmendorf said former Kennedy School Dean David T. Ellwood ’75, who was the dean at the start of the campaign, made expanding financial aid “one of his top priorities.”

“We feel so fortunate and so grateful that we were able to raise as much money for financial aid, and we are putting it to use,” Elmendorf said.

Campus renovations were another top priority for the campaign. In total, $108 million in funding went into the $126 million campus transformation project that began in 2015. The project added more than 90,000 square feet of new classrooms, common spaces, and an outdoor courtyard.

Despite the significant amount of money raised by the school, Elmendorf warned in his email that Kennedy School affiliates “should not be sanguine about the financial outlook.”

“Asset returns in the coming years probably will be lower than in the past, which will constrain the payout from the endowment, and tuition (at the Kennedy School and across higher education) has outpaced many people’s incomes in recent years, which means that we need to keep future increases in check,” Elmendorf wrote.

In the Wednesday interview, Elmendorf said although HKS “is in a very solid position financially,” school affiliates should understand future financial limitations.

“I think when people see such large numbers, one can get the impression that everything we would want can now be done, but we're a large organization,” Elmendorf said. “Even a campaign as successful as ours does not let us do everything, and so part of what I wanted to do was to explain why we could be both very successful at the campaign and very grateful for people's generosity, and yet not able to accomplish everything we want to accomplish.”

The end of the campaign comes at a time when Harvard enters its first year with an endowment tax Republicans passed in Dec. 2017, which former University President Drew G. Faust said would limit Harvard’s ability to fund financial aid, research, public programs, and other endeavors around campus.

“I see Larry Bacow regularly as other deans do, and Larry is well-appraised of what's happening at the Kennedy School,” Elmendorf said. “I am very grateful for his support for the Kennedy School. I'm delighted that he is our new President."

A Harvard spokesperson provided The Crimson with a copy of the HKS magazine, which included some incorrect capital campaign figures, causing the paper to publish an incorrect article.