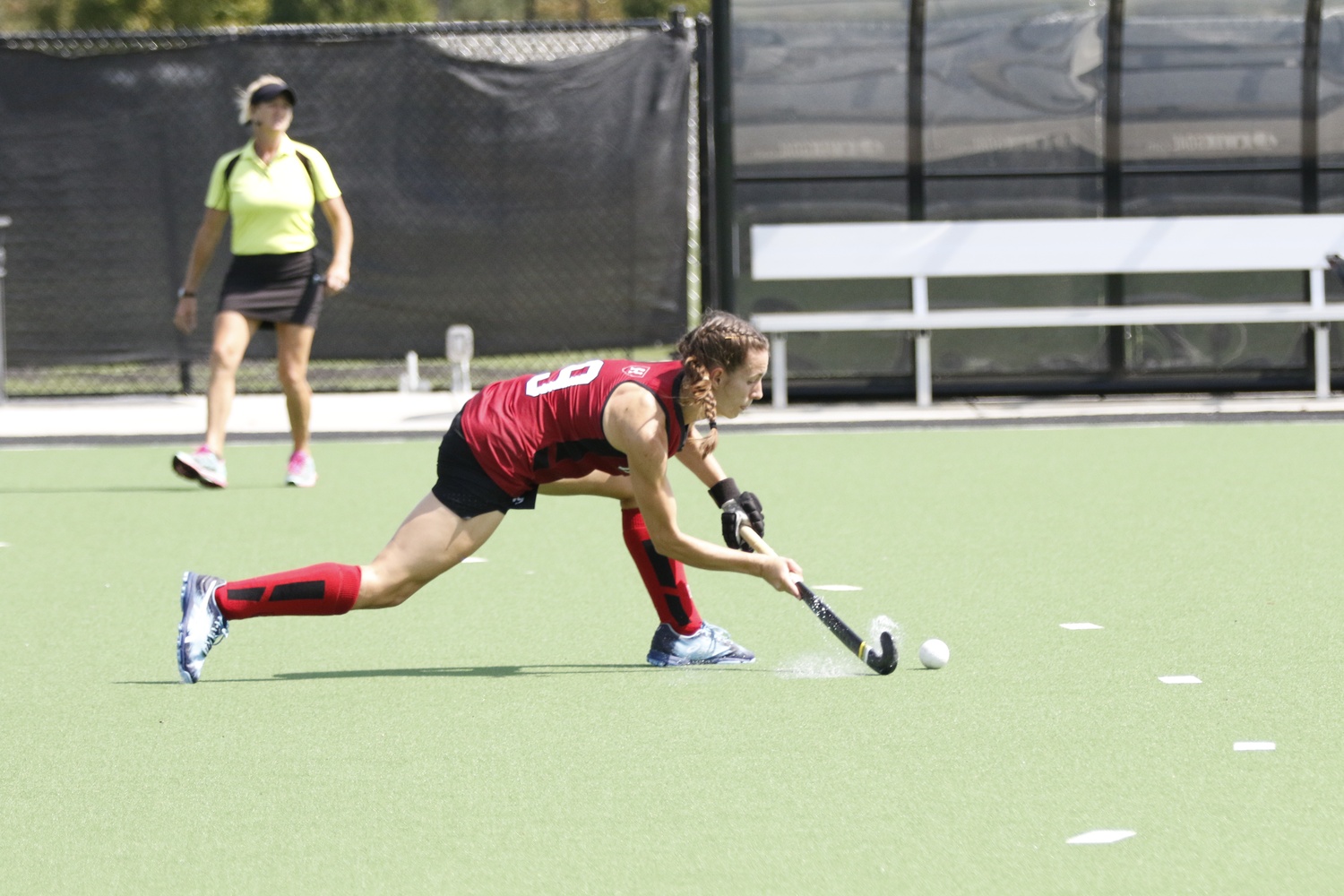 Following two shutouts last weekend against Northeastern and UMass, Harvard field hockey, led by senior back Olivia Allin’s two second half goals, prevailed 6-0 against Yale in its first Ivy League matchup of the season, once again blanking its opponent.

Under the lights at the Berylson Family Field Hockey Field, the Crimson (6-1, 1-0 Ivy) took the field on Friday night, surrounded by flocks of Harvard fans waving long stemmed red cups that the Harvard Shop handed out as fans entered. As one of the featured games of the week, the matchup between Harvard and the rival Bulldogs began with intensity from both sides from the first ball drop.

With Yale (3-3, 0-1) conceding a penalty corner within the first two minutes, junior midfielder Bente van Vlijmen, assisted by fellow junior midfielder Casey Allen, broke through to score the Crimson’s first goal of the game and her eighth on the season.

Harvard carried the momentum on another penalty corner four minutes later to score their second goal of the game. Senior Emily Duarte punched the ball into the goal for her first of the season with van Vlijmen assisting. The Bulldogs never recovered and the Crimson maintained the control for the rest of the first half. The sound of plastic on metal could be heard with each Harvard success from the crowd gathered.

The Crimson continued to rely on offensive bursts in the second half, while Yale struggled to move the ball past the midfield line.

Breaking through a line of Yale defenders, Allin shot on target to score her first goal of the season. Six minutes later, Allin once again drove through the Bulldog defense surrounded by her Harvard teammates to score her second goal of the game. This was Allin’s first two-goal game in her Harvard career.

Allin’s goals opened the floodgates for the Crimson as the team continued to find the backstop with junior forward Maddie Earle and freshman midfielder Olivia Hoover both netting goals. The crowd rumbled with Hoover’s goal as she scored her first in a Harvard uniform.

Throughout the game, Harvard attempted a total of 23 shots with 15 on goal, forcing Yale’s sophomore goalkeeper Sydney Terroso to make nine saves throughout the game. The Crimson dominated the box score as the Bulldogs visibly struggled. The crowd at Berylson Field took notice. With each Yale misstep, cheers could be heard from the Harvard fans gathered in the bleachers.

Defensively, freshman goalkeeper Ellie Shahbo saw little action with Yale only shooting the ball five times with only one shot on goal. Shahbo recorded one save and her second win on the season in net as she allowed no goals for the second game in a row.

With the shutout, Harvard maintains a six year winning streak versus Yale with the last loss to the Bulldogs in 2012.

After the win, the Crimson, with a perfect home record intact, stand at the top of the Ivy League standings, tied with Princeton, Columbia and Penn as conference play looks to pick up in the next few weeks with the next conference game at Penn on Sept. 29.