Athlete of the Week: Maddie Earle 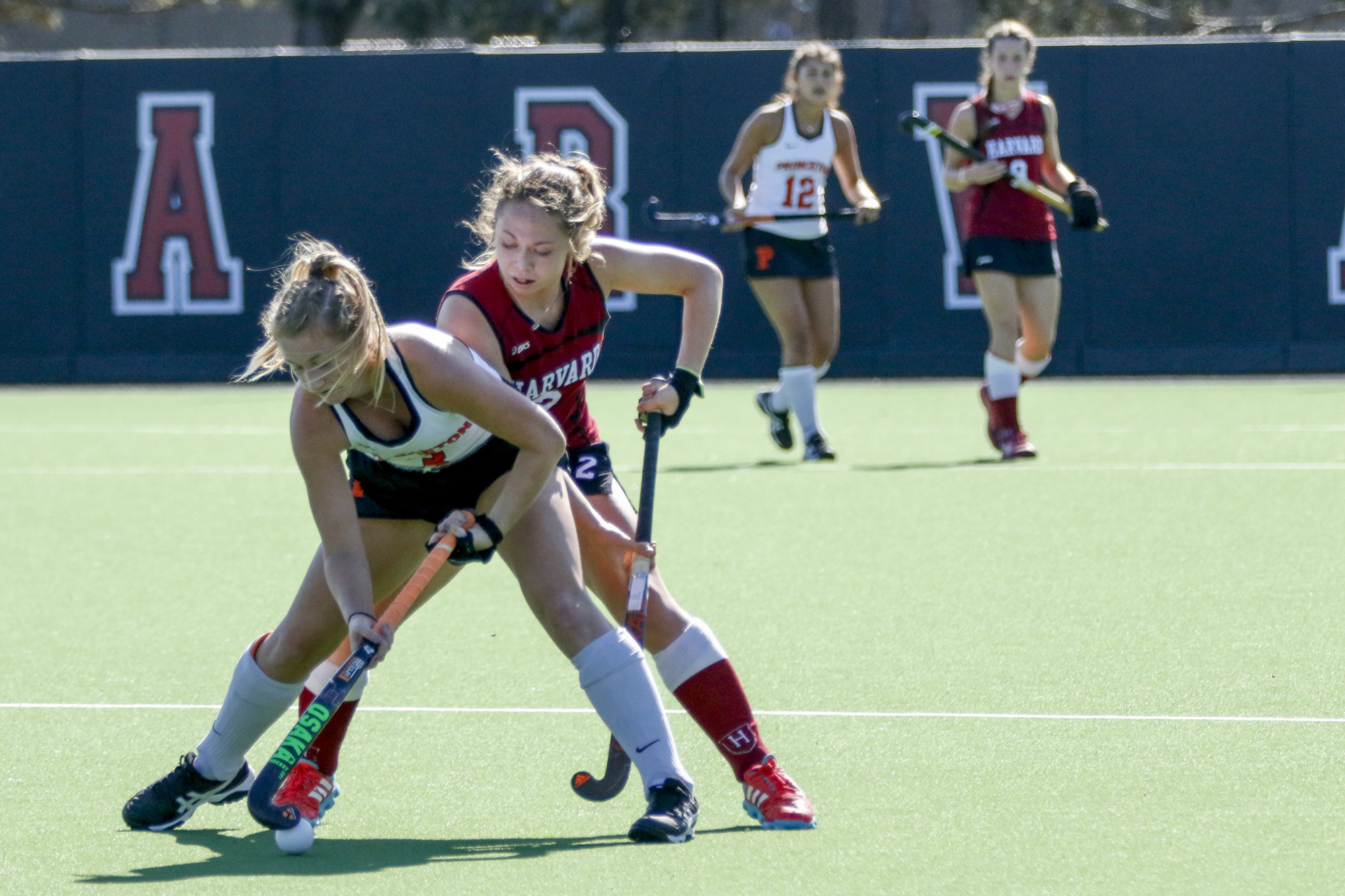 Against No. 18 Maine, Maddie Earle earned her first ever hat trick — scoring on all three targets. By Timothy R. O'Meara
By Connor J. Wagaman, Contributing Writer

Junior forward Maddie Earle made the first hat trick of her career count. Her remarkable efficiency, with three goals on three shots, led Harvard field hockey to a 4-1 victory over No. 18 University of Maine, dealing the Black Bears (8-1, 0-0 American East) its first loss of the season and earning the Crimson  (7-1, 1-0 Ivy) its first victory over a ranked opponent.

Coupled with a 6-0 trouncing of Yale on Sept. 21, the National Field Hockey Association voted this week to rank Harvard 12th nationally, the Crimson’s highest ranking in program history.

Harvard leapt out to a 1-0 lead in the 13th minute with a rebound goal by Earle off a shot from freshman forward Rachel Greenwood. The Crimson’s stellar defense kept the remainder of the half scoreless with Maine attempting just two shots on goal..

Three minutes into the second half, Earle struck again, scoring off an assist from junior midfielder Bente van Vlijmen. The Black Bears responded at 49:44 with what would be Maine’s only goal of the game.

Earle completed her hat trick in the 58th minute, with a second assist from van Vlijmen, securing Harvard’s win. An empty-net goal by sophomore forward Natalie Sicher in the 69th minute closed out the Crimson’s 4-1 victory.

The victory came in no small part due to Harvard’s defense, which held the Black Bears to six shots against the Crimson’s 13. Freshman goalkeeper Ellie Shahbo delivered four saves, allowing only a single shot past her in 70 minutes of play.

Earle’s hat trick takes her to six goals on the season, the second only to van Vlijmen. Sicher and van Vlijmen have also recorded hat tricks this year.

With such solid performances from Earle and Shahbo across a two-game weekend, Harvard swept the Ivy League Field Hockey Weekly Awards. Earle was recognized as Offensive Player of the Week for her hat trick against Maine and a second-half goal against Yale, and Shahbo was awarded Defensive Player of the Week for her shutout against Yale and four saves against the Black Bears.

The Crimson will continue Ancient Eight play with an away game at Penn (4-4, 1-0 Ivy) on Saturday before returning to host Bryant (2-8, 0-0 Northeast) on Sunday.